How Sewer and Septic Systems Work | All You Need to Know

Ever wondered what happens to all that waste after you’ve flushed the toilet?

Yeah, probably not the best way to start things off, but let’s face it, some of us have an innate inclination to dive into the depth of diverse topics, like this one! Truth be told, it’s crucial for every homeowner to understand the importance of sewer and septic systems.

They are designed and constructed to handle gallons of sewage or wastewater produced by toilets, kitchen drains, and bathtubs; a remarkable feat indeed. But do you know how they manage to accomplish what they’re intended to do? Well, that’s where we come in.

After extensive research, we’ve finally put together this guide to help you understand how sewer and septic systems work. We’ll be highlighting the importance of sewer systems and explaining their working mechanism in detail.

So, without further ado, let’s get going!

How Sewer and Septic Systems Work

The Importance Of Sewer Systems

Before elaborating on the primary working mechanism of sewer systems, let’s answer a crucial question relevant to the topic itself – why do we need sewer systems?

Well, as you already know, we create sewage each time the toilet is flushed, or something’s washed down the sink’s drain. If this wastewater is released directly into the environment, the area is bound to stink.

That’s not all; human waste contains harmful disease-causing bacteria like E. Coli, which infect water bodies when they come in direct contact, leading to serious health hazards. And of course, let’s not forget about the suspended solids and chemicals that may adversely affect the environment in various ways.

Consider the following points for a better understanding:

To sum up, no one would want to live in a stinky neighborhood with contaminated water bodies, posing risks of serious health hazards. As such, laws against the release of raw sewage into the environment have been enforced, prompting communities to set up wastewater treatment plants like sewer systems.

There is a lot more wastewater to treat in urban and suburban areas where people are more closely packed. The communities in these societies construct sewer systems to collect wastewater, which is then taken to wastewater treatment facilities.

In most cases, sewer systems are gravity-powered, comprising pipes, a grinder-pump, and a sewer main, measuring 3 to 5 feet in diameter. The sewage from each house or building flows through these pipes to the sewer main, which ideally runs down the middle of the street.

You’ll also notice a vertical pipe that runs periodically from the main to the surface, where it’s covered by a utility hole cover to prevent accidents. The manhole provides access to the main for cleaning and maintenance purposes.

As the main collects wastewater from all the buildings of the area, it flows into progressively larger pipes until they reach the wastewater treatment facilities. Ideally, these plants are located in low-lying areas to help gravity do its job.

Even the sewer mains follow the direction of streambeds and creekbed while flowing to the plant for a similar reason. They’re designed to run downhill to facilitate the smooth flow of waste.

However, we can’t really expect gravity to do all the work since the lay of land fails to completely cooperate. This is why sewer systems include a grinder-pump or a lift station to help move the sewage up over any hill.

In the initial stage, the plant allows the solids to settle down and the scum to rise with the help of a screen, a set pool, and ponds that let the water sit. It then collects the solids in a landfill or incinerator for disposal.

Primary treatment is capable of removing half of the solids, bacteria, and organic materials from the water. If the plant is unable to treat the wastewater further, chlorine is added to kill the remaining bacteria and contaminants.

In the second stage, bacteria are used to remove nutrients and organic matter. The water is allowed to flow into large, aerated water tanks where bacteria consume whatever they can.

Following this, the wastewater flows into settling tanks for the bacteria to settle out. In most cases, secondary treatment manages to remove 90% of all the organic matter and solids from the water.

The third and final stage of wastewater treatment varies depending on its composition. Ideally, chemicals are used to remove phosphorus and nitrogen from the water. But filter beds and other types of treatment like chlorination might also be used to kill any remaining bacteria or pathogen.

In rural areas, houses are usually spaced far apart; as such, they lack a centralized sewer system. People prefer installing their own underground wastewater treatment structures as an alternative to building expensive sewer systems. These private sewage treatment plants are known as septic tanks.

Now, a typical septic system consists of a tank, a drain field, or a soil absorption field. It utilizes the combination of nature and proven technology to treat sewage produced by bathrooms, kitchen drains, and laundry via common household plumbing systems.

The tank digests all the organic matter and then separates the solids and floatable matter, such as oil and grease, from the wastewater. On the other hand, soil-based systems release the effluent or liquid from the tank into a series of perforated pipes buried in specially designed chambers, units, or leach fields.

Most septic systems also use gravity and pumps to allow the tank effluent to trickle through organic matter, including peat and sawdust, constructed wetlands, or sand. This is done to help remove or neutralize contaminants like nitrogen, phosphorus, disease-causing germs and bacteria, and other pathogens.

You might even come across alternative systems designed to evaporate wastewater or disinfect it before it’s even discharged by the tank to the soil.

We’ve already highlighted the need for private underground sewage systems, aka septic tanks, in rural areas. And by now, you’re also acquainted with the basic working mechanism of this wastewater treatment system.

In this section, we’ll take it a step further and understand how septic systems work in detail. We’ll also be tracking the flow of wastewater from your house to its individual septic tank. That being said…

A septic tank is easy to locate; it’s probably the big steel or concrete tank buried in your yard. Depending on its capacity, it can easily hold up to 1000 gallons of wastewater, which enters from one end of the tank and flows out from the other.

If you look closely, the septic tank comprises three layers. The floatable matter of the wastewater, like oil and grease, rises to the top, forming a layer known as scum; while anything heavier sinks at the bottom to form sludge.

And in the middle, the layer of water is relatively clear, but it’s contaminated with bacteria and chemicals, such as nitrogen and phosphorus.

Now to answer the question – how does the tank collect wastewater? Well, sewage comes into the septic tank via sewer pipes installed in your house. The wastewater from toilets, sinks, or bathtubs passes through the pipeline and enters the tank, displacing the water that’s already present.

You’ll also notice pipe bends or P-traps in the pipeline below your bathroom or kitchen sink. They’re designed to hold water in the lower loop to block gases naturally produced by septic tanks (when bacteria break down the organic matter in the wastewater) from flowing back into your home.

Instead, the gases flow up through the vent pipes, which you usually might see poking through the roofs of houses in your neighborhood. Now, moving back to the wastewater in the septic tank, the water displaced by the new sewage flows out of the tank into a drain field made up of perforated pipes, measuring around 4 inches in diameter.

The pipes are buried in 4 to 6 feet deep and 2 feet wide trenches filled with up to 3 feet of gravel, which is again usually covered by dirt. In the drain field, the wastewater is slowly absorbed and then filtered by the ground.

You can determine how well the ground absorbs the water by noticing the drain field’s size. Hard clay absorbs water very slowly; in such conditions, the drain field should be bigger than the size it usually is for sandy grounds.

To sum up, a septic system is a completely passive system that’s powered by gravity alone. Water usually flows down from your house to the tank, and later it’s displaced to flow down from the tank to the drain field.

The Working Of A Typical Conventional Septic System

In order to develop a better understanding, we’ve simplified the working of a conventional septic system and presented it in point form. So, let’s take a look, shall we?

Sewer and septic systems are capable of handling gallons of wastewater produced by houses on a daily basis. You might already know whether or not your house has a septic tank of its own. But in case you don’t, there are ways to find out, like by checking your water or property tax bill.

That said, your problems don’t really end even after you’ve confirmed the presence of a sewer system or septic tank in your locality. It’s important to know more about the system’s working mechanism to make sure it’s functioning well and treating your sewage.

In case you notice foul odor around the septic tank and drain field or sewer line backups, it’s probably time to call a professional plumbing service. There are many other tell-tale signs of a malfunctioning sewer system; all you have to do is have the prior knowledge related to the topic and be alert.

On that note, we’ll be signing off.

What Makes Expensive Designer Furniture Worth the Added Cost? 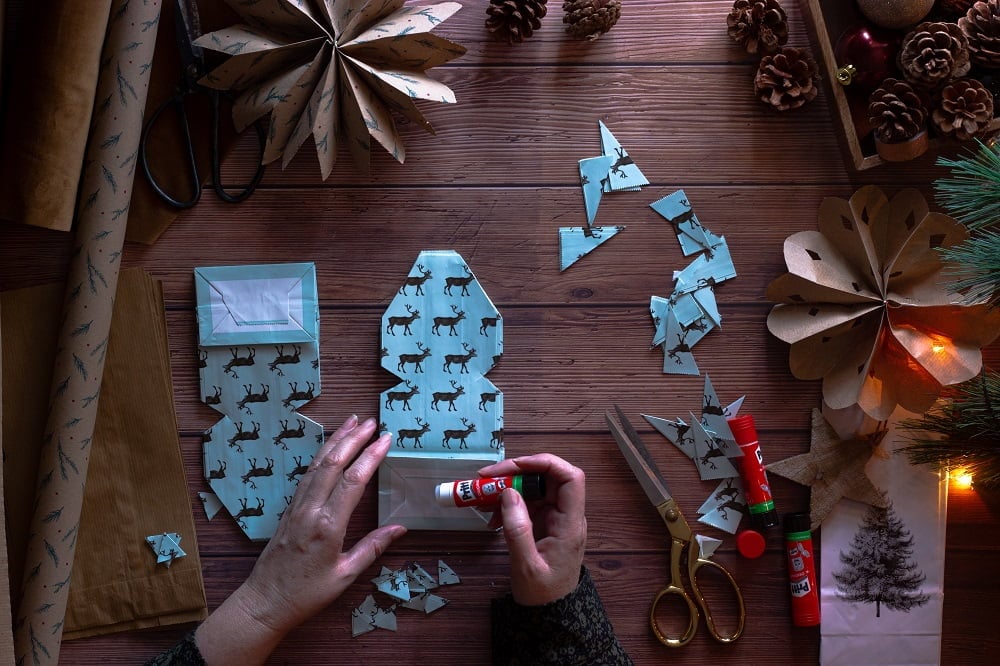 Types Of Glue | Everything You Need To Know