When we think about Portuguese architecture during the 19th century we automatically link it to Brazil and its powerful influence, a symbiosis between the two cultures very clearly expressed in the following presented home.The Three Cusps Chalet by Tiago do Vale Architects rests in the immediate proximity of Braga’s Cathedral and expresses a colorful bright facade in its restated form. In an urgently degrading state, the building was rescued with the purpose of recovering its identity and offering its inhabitants a modern, functional space.

The functions have been sought to be represented quite clearly, maximizing the intake of natural light whilst preserving a minimal approach to interior design. the sleek, frank white interior has been warmed up slightly by touches of natural hardwood whereas the base and details have been preserved stark white. The result is a very spacious appearing, luminous space, despite its actual size.

The staircase become the focus point of the entire space, drawing light from above and bouncing it back from the banister.

An airy feeling is expressed in the open bedroom where the wooden beams left exposed wear stark white paint. 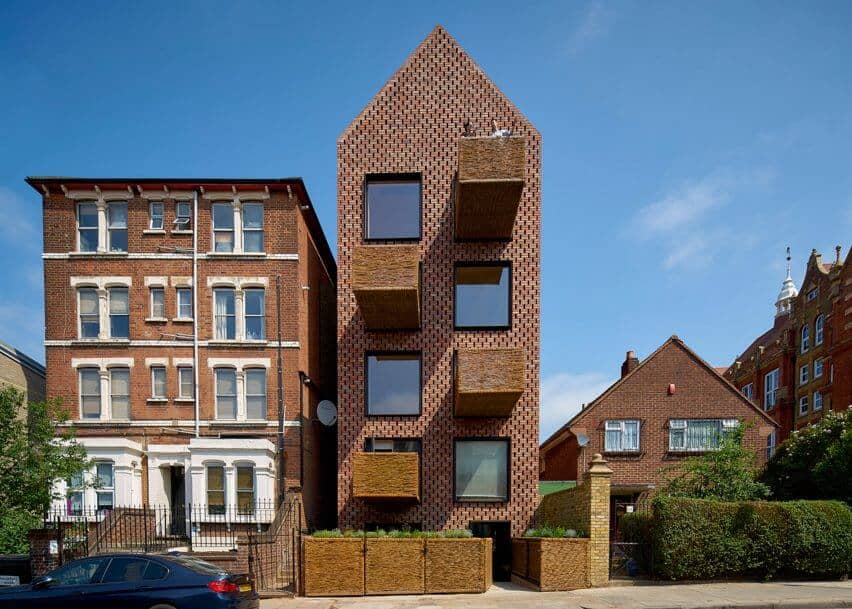