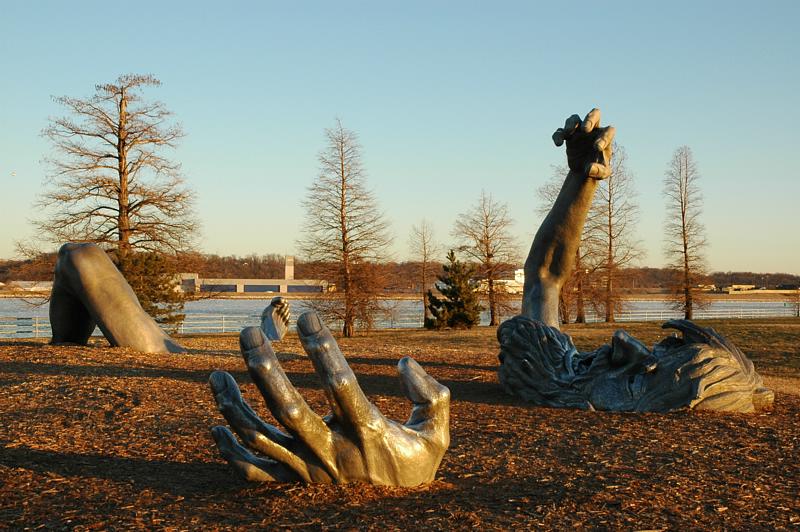 The Awakening (1980) is a 70-foot (21 m) statue of a giant embedded in the earth, struggling to free himself, located at National Harbor in Prince George’s County, Maryland, USA, just outside the District of Columbia. It was created by J. Seward Johnson Jr. and originally installed at Hains Point, Washington, D.C.

The statue consists of five separate aluminum pieces buried in the ground, giving the impression of a distressed giant attempting to free himself from the ground. The left hand and right foot barely protrude, while the bent left leg and knee jut into the air. The 17-foot (5.2 m) high right arm and hand reach farther out of the ground. The bearded face, with the mouth in mid-scream, struggles to emerge from the earth.

First of all, the remarkable expression of the giant will never be forgotten once seen.
Second of all, personally, I highly appreciate the creativity of this piece of art and the effort invested in it and I fill satisfied that effort has been rewarded with a huge prize when sold the last time, all artists, from theater actors to architects should have a better life style. And their work should should be acknowledged, but it should also be worth creating in the first place. 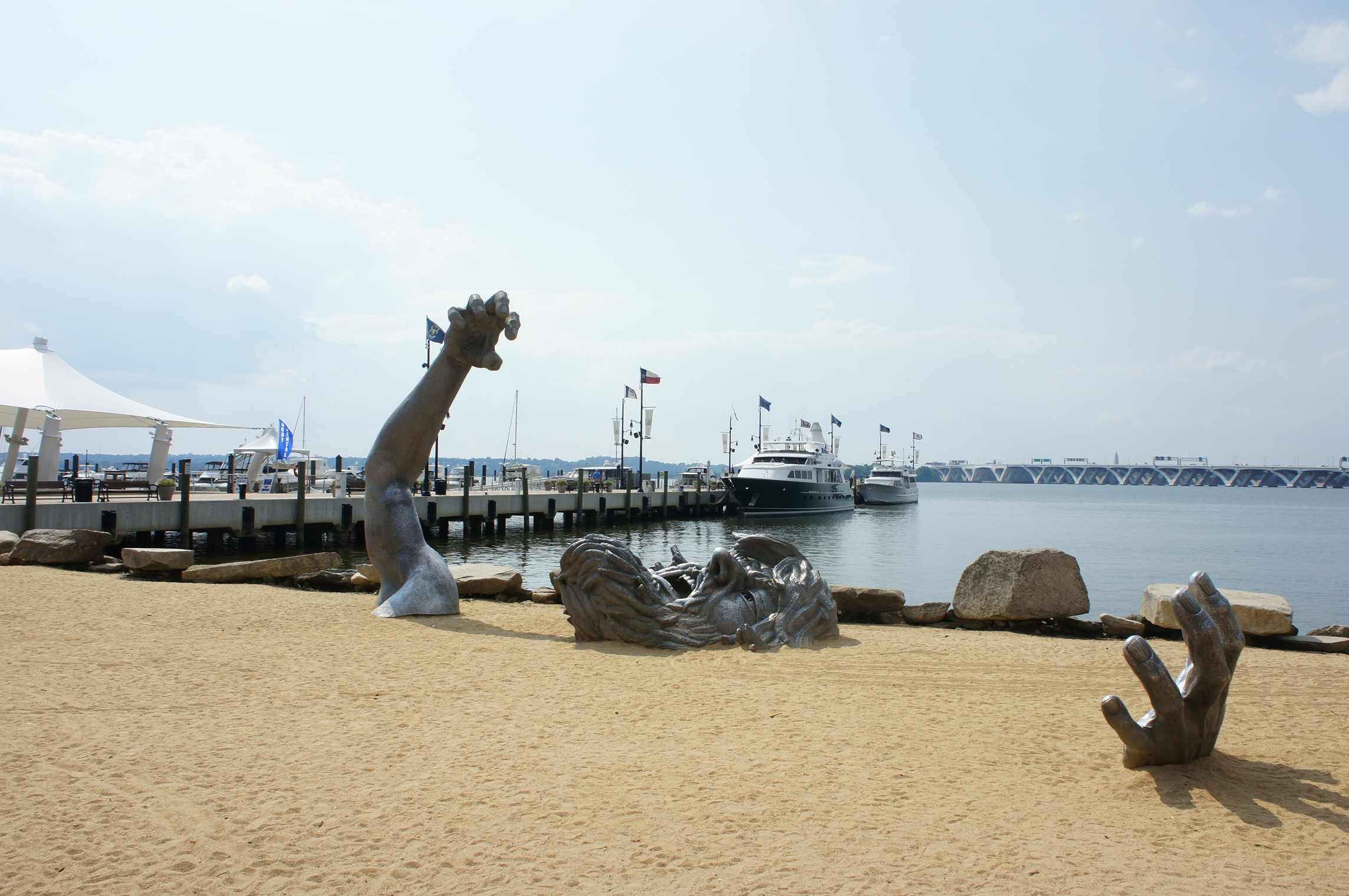 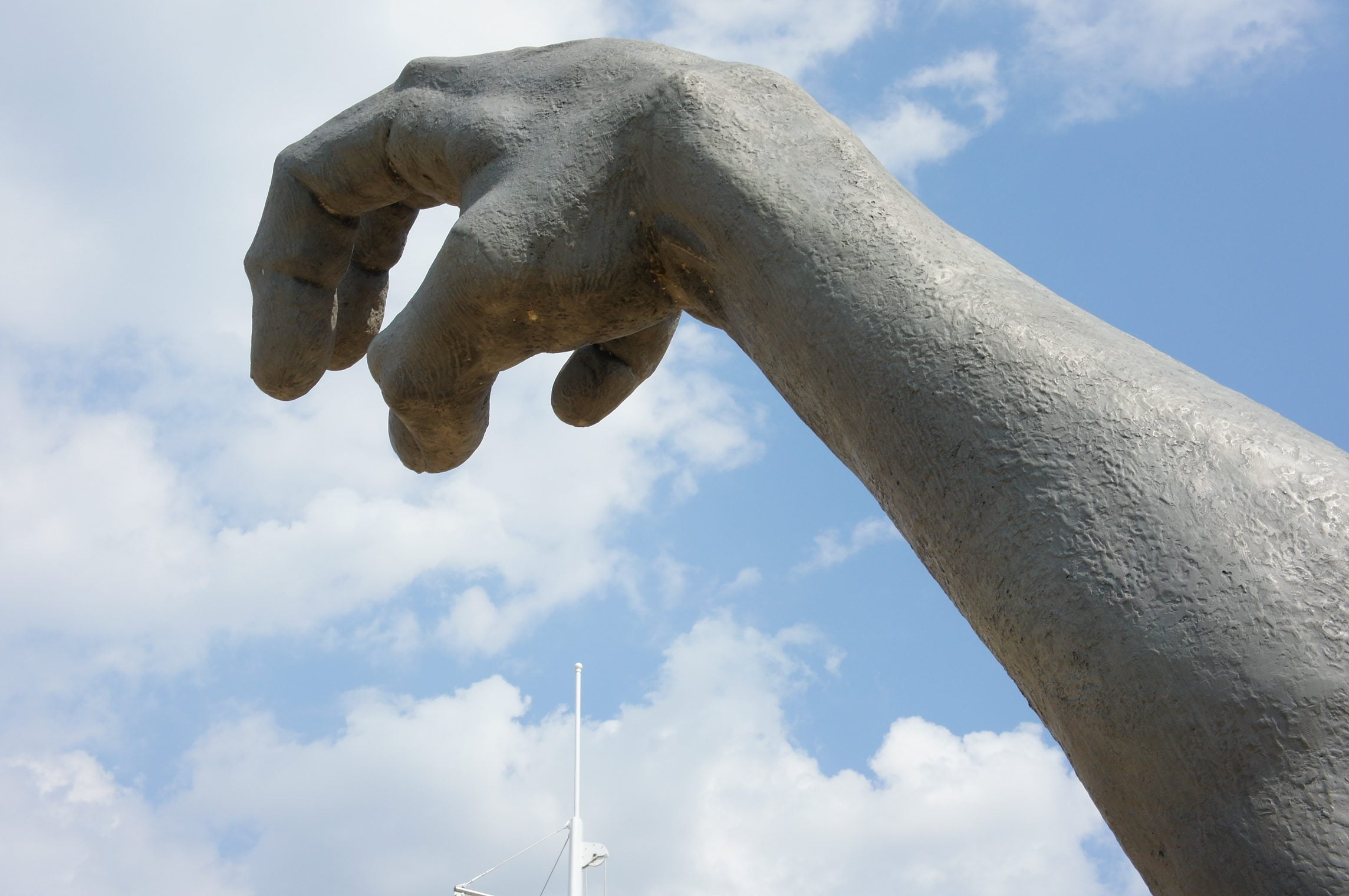