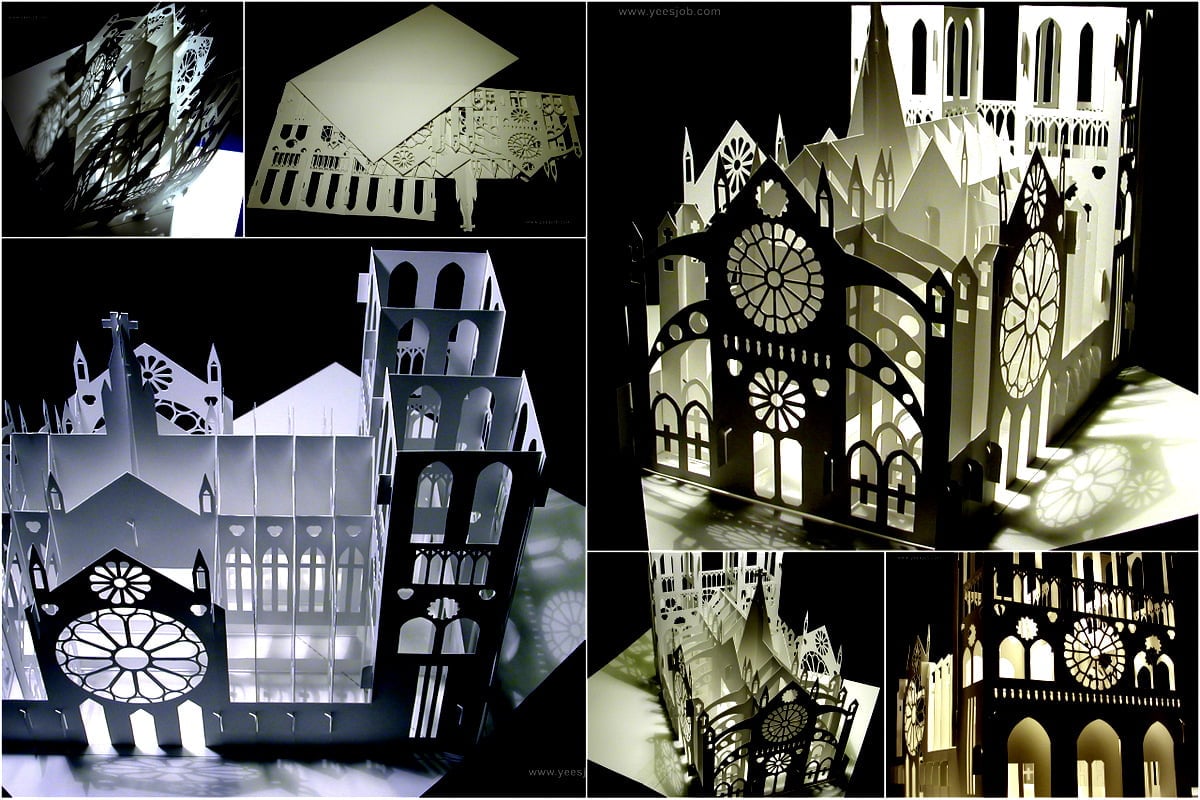 The Japanese art of origami is an intricate, complex process requiring a 3D vision and a certain technique. The DIY Kirigami Architecture is a branch of the origami art reproducing in sheets of paper cut and glued architectural pieces and ensembles that usually are made as a pop-up card. The following Notre Dame Cathedral DIY Kirigami Architecture example is a very complex one, requiring a lot of patience and precision in cutting the exact parts properly and making the hole ensemble stand and fold right. The designer of this piece is Yee, a designer, paper engineer, paper architect and author with incredible ideas and creations. You can find several beautiful delicate DIY pieces on his website at an affordable price. We have tried one of his models and the end result was incredible. Enjoy!

“The development of origamic architecture began with Professor Masahiro Chatani’s (then a newly appointed professor at the Tokyo Institute of Technology) experiments with designing original and unique greeting cards. Japanese culture encourages the giving and receiving of cards for various special occasions and holidays, particularly Japanese New Year, and according to his own account, Professor Chatani personally felt that greeting cards were a significant form of connection and communication between people. He worried that in today’s fast-paced modern world, the emotional connections called up and created by the exchange of greeting cards would become scarce.

In the early 1980s, Professor Chatani began to experiment with cutting and folding paper to make unique and interesting pop-up cards. He used techniques of origami (Japanese paper folding) and kirigami (Japanese papercutting), as well as his experience in architectural design, to create intricate patterns which played with light and shadow. Many of his creations are made of stark white paper which emphasizes the shadowing effects of the cuts and folds. In the preface to one of his books, he called the shadows of the three-dimensional cutouts created a “dreamy scene” that invited the viewer into a “fantasy world.”[via Wikipedia]

“When you open this Origami Architecture creation there is wondrous movement and a structure arises which is so interesting and fascinating that it captures your attention. The dreamlike scene created by light and shadow invites you to a fantasy world. The unfolding process is unforeseen and even if you try to draw a diagram or think about it, you may find it difficult to comprehend the mechanism.

Why it is white?

It is not essential to color the paper used to make pop-ups. The play of light and shade over a plain surface can look beautiful, and clearly informs the eye about the structure of the piece. By contrast, a colored surface can be confusing because the eye sees the two dimensional decoration dominating the three dimensional form, which creates the illusion of a flat surface. Leave your pop-ups plain. They will still look stunning.” [via Yee’s Job] 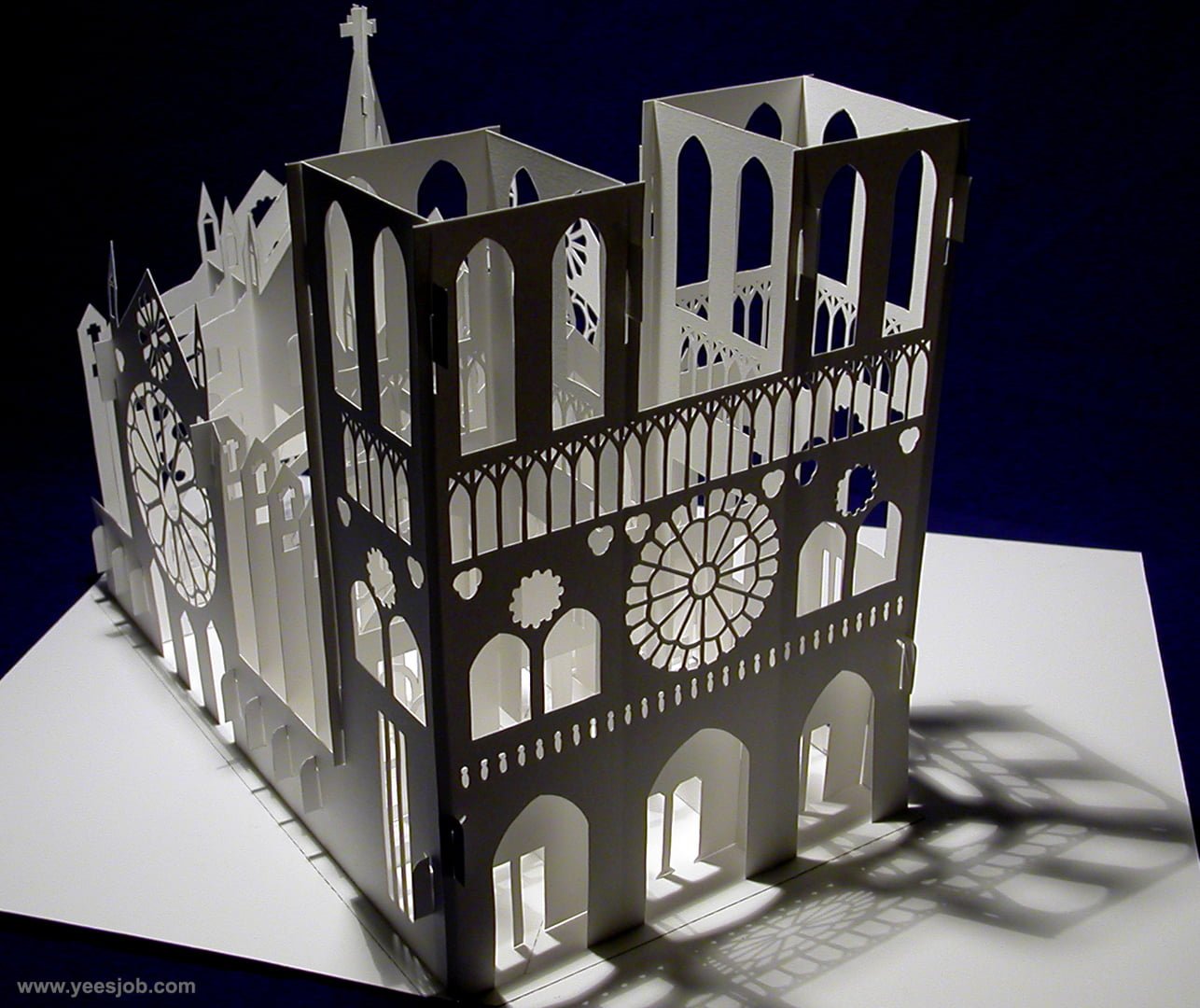 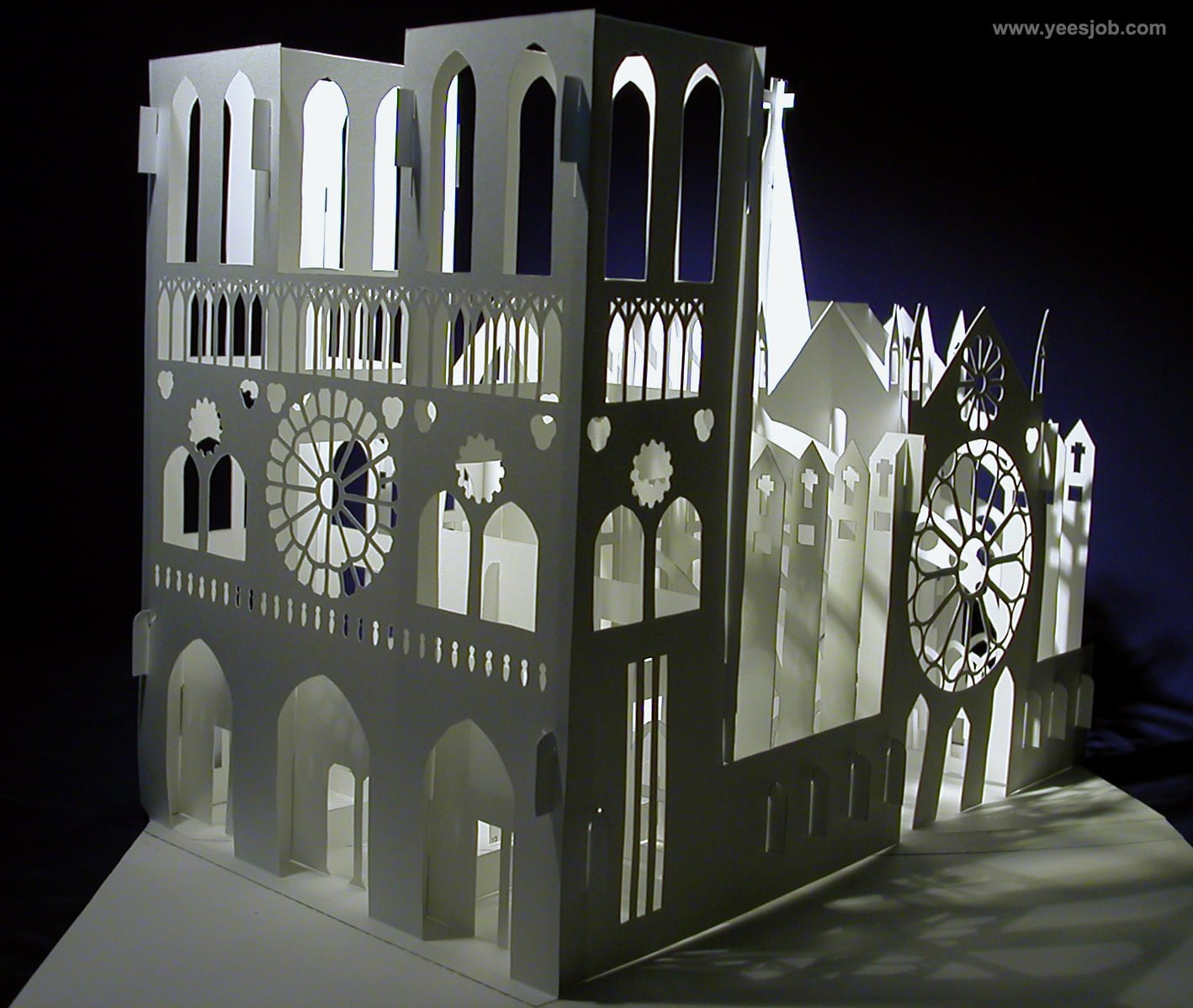 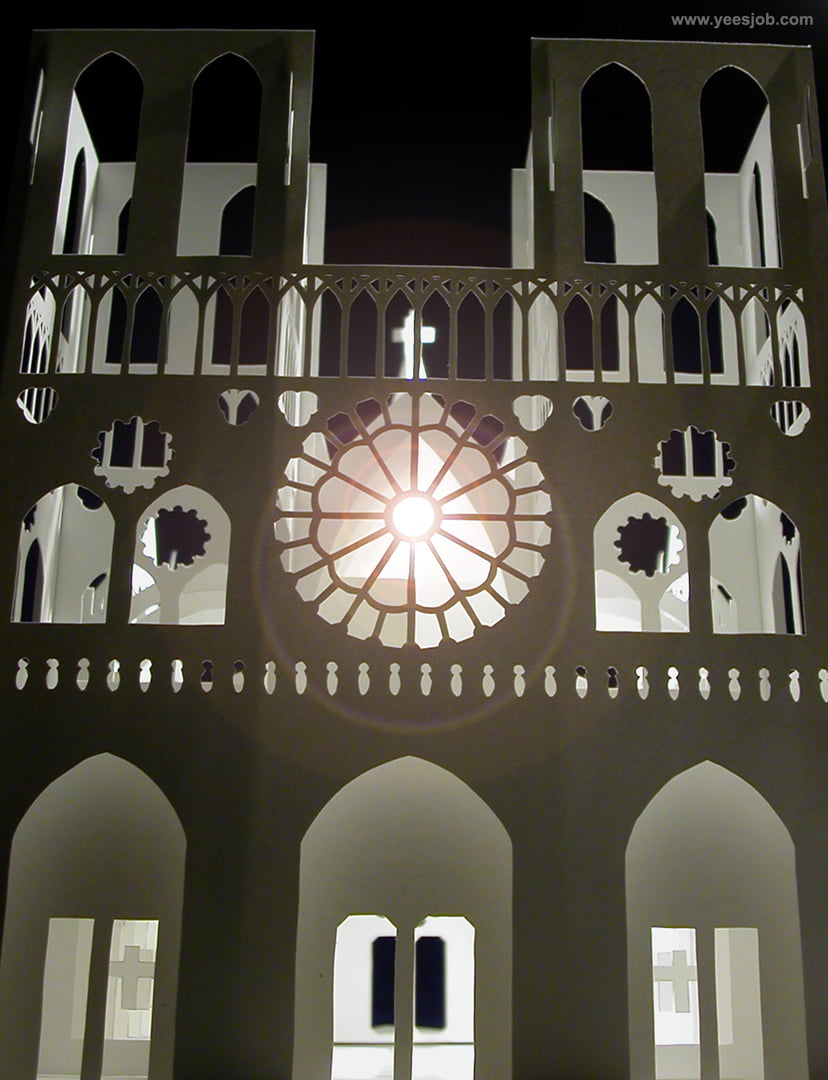 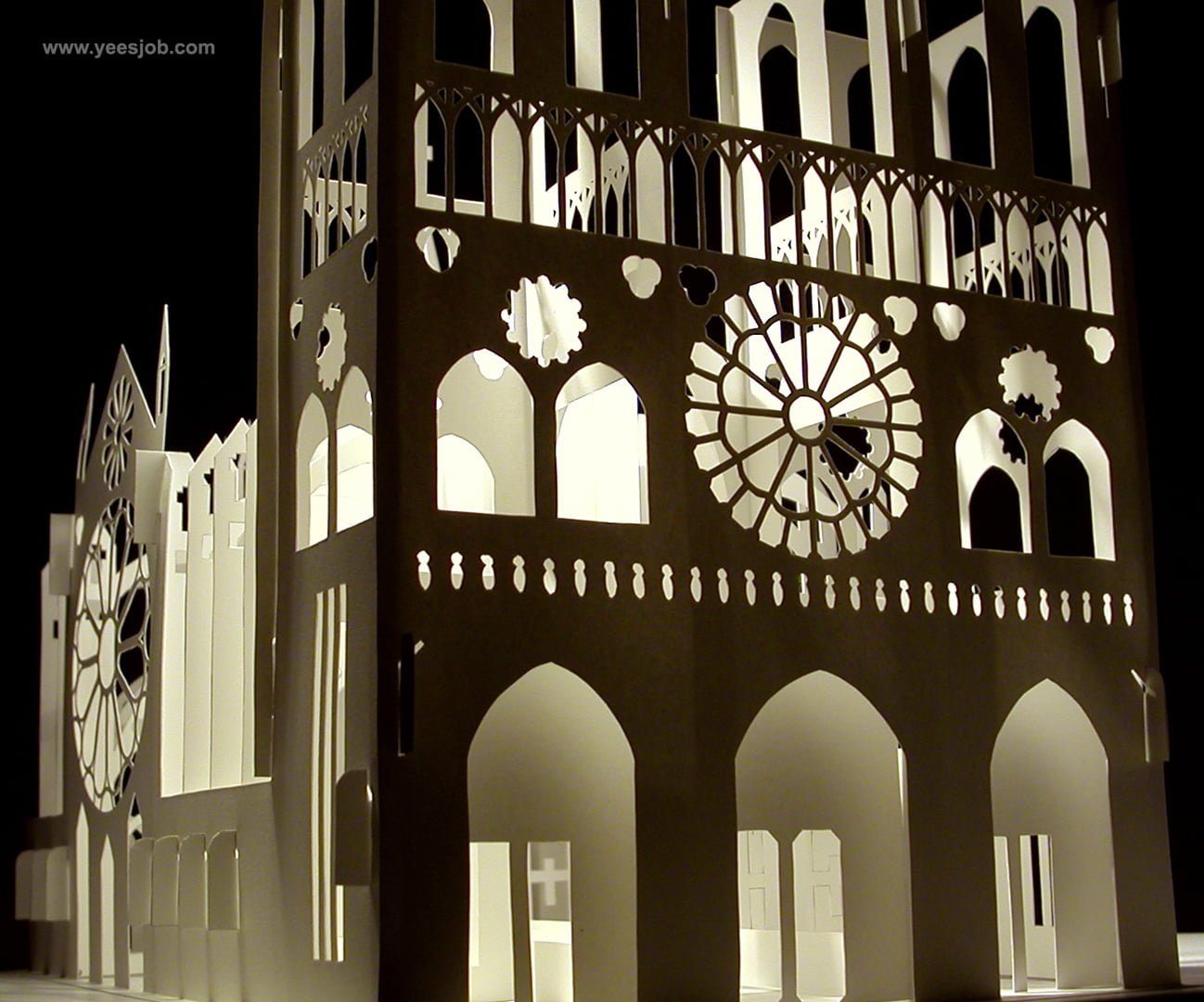 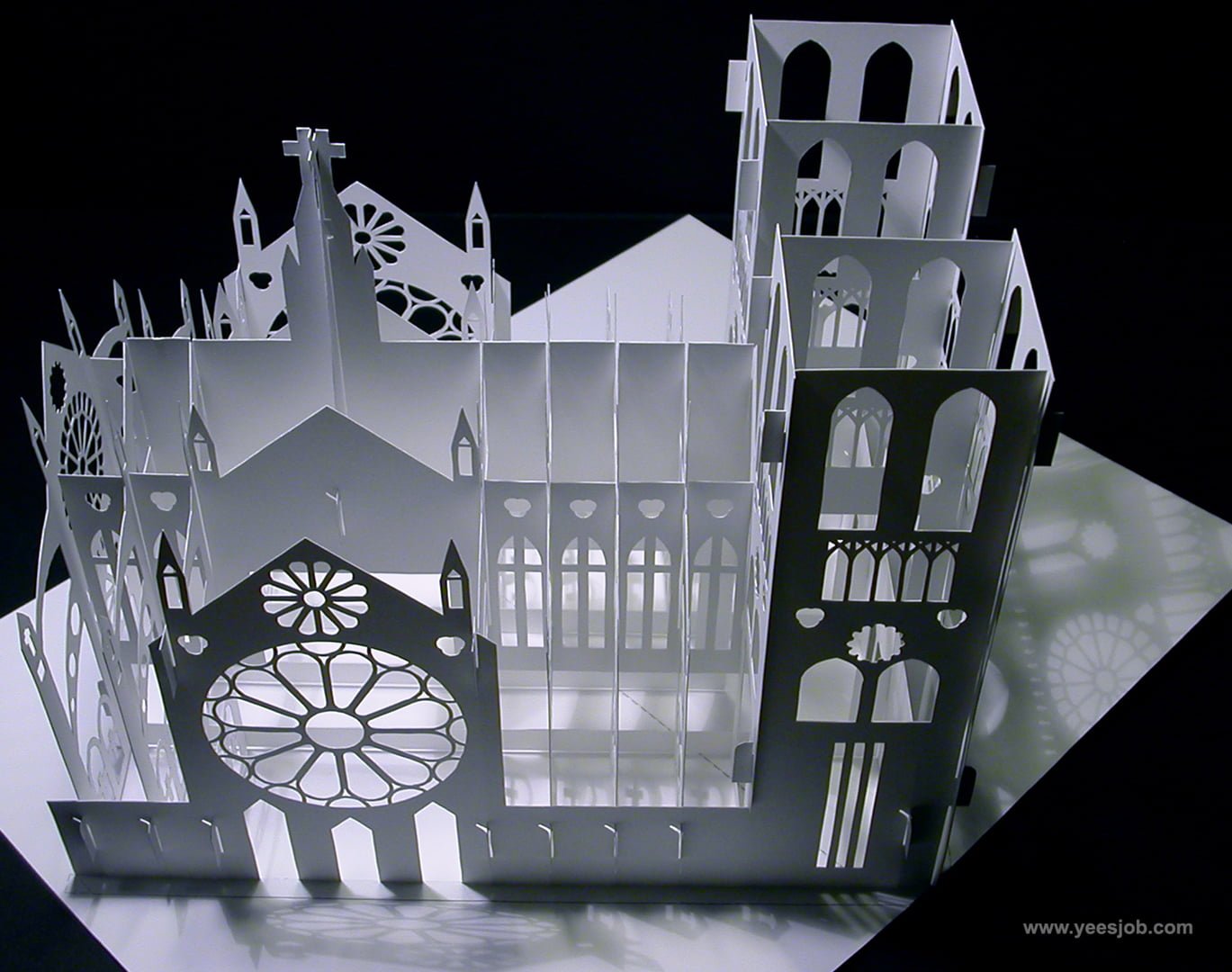 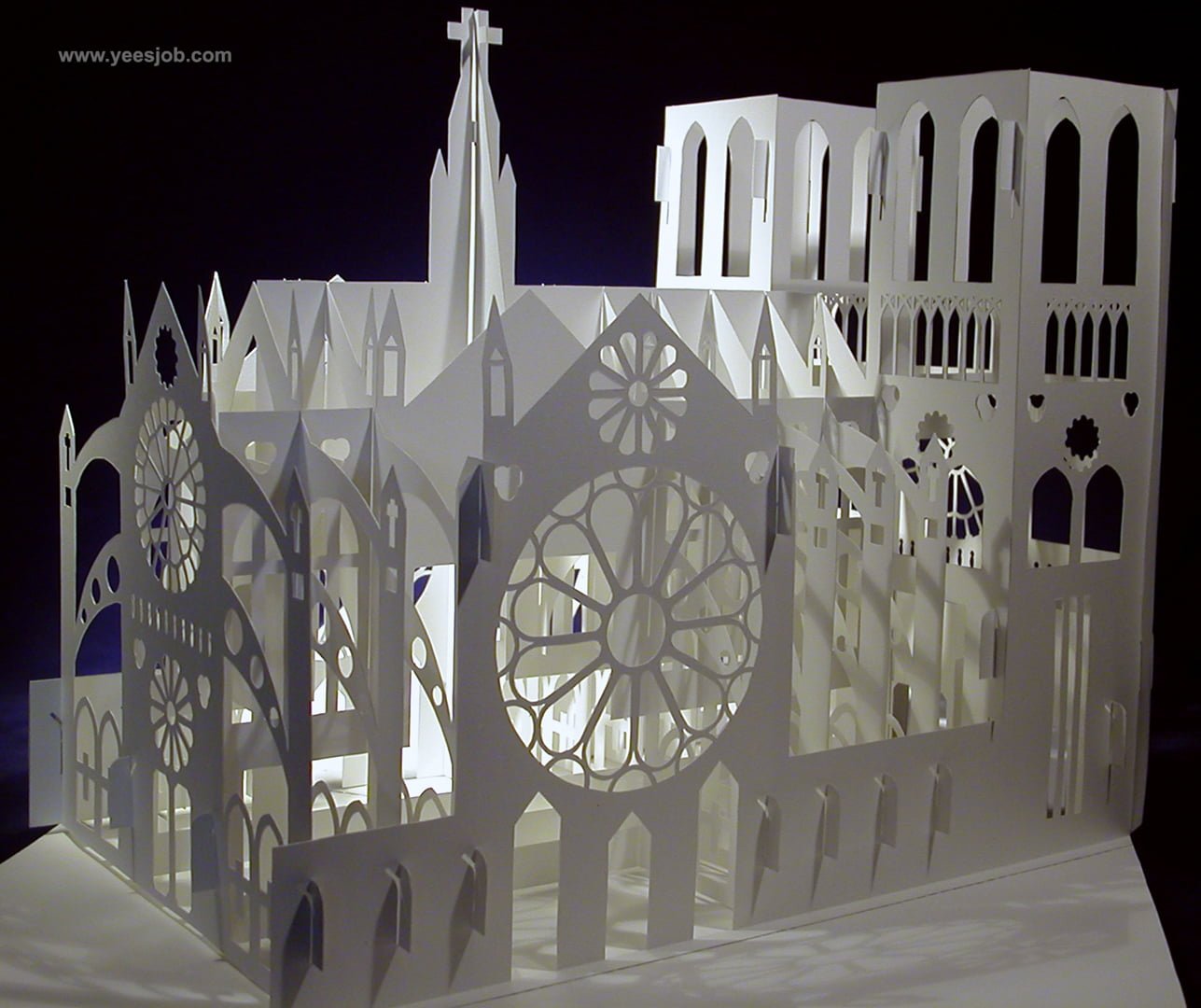 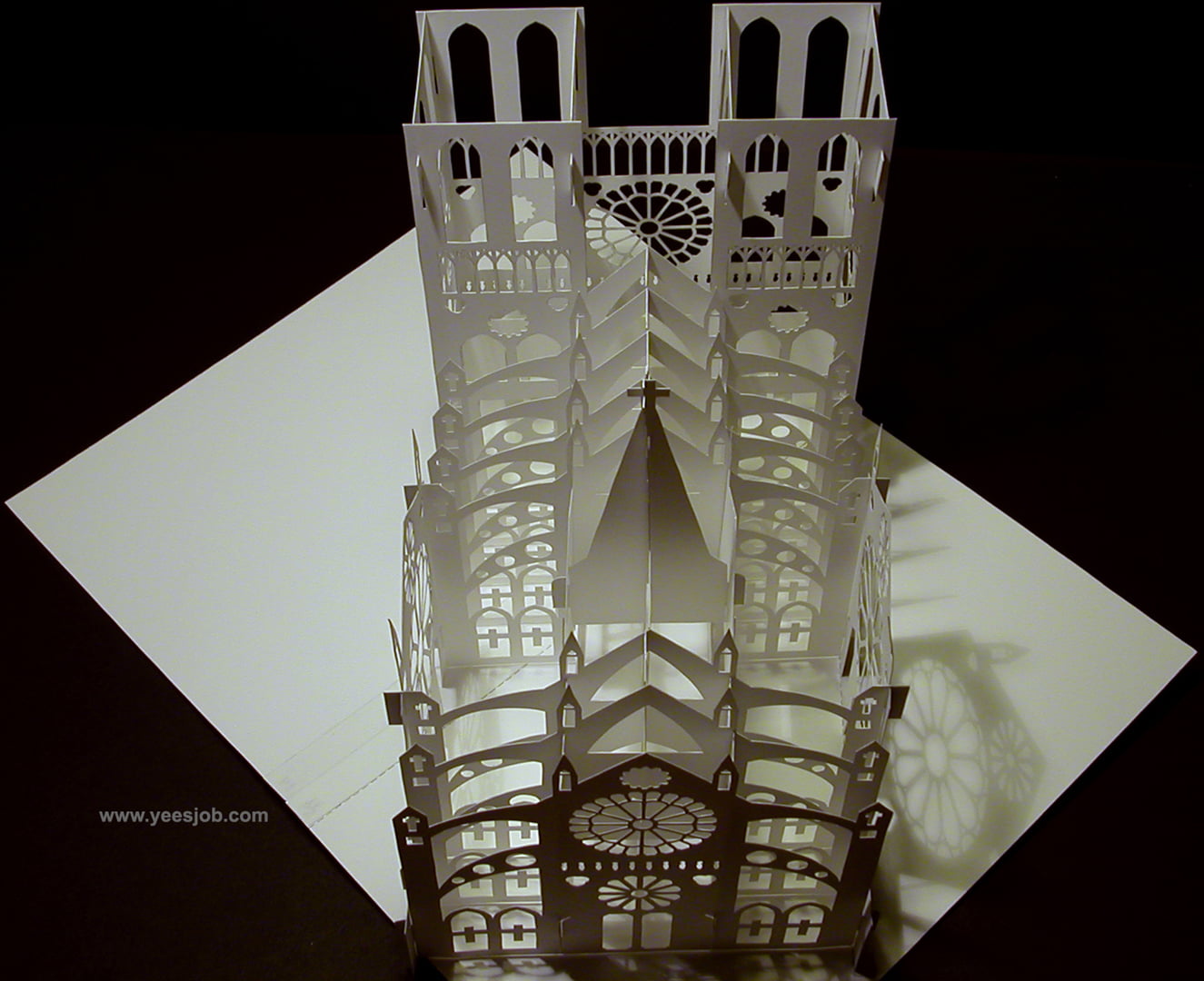 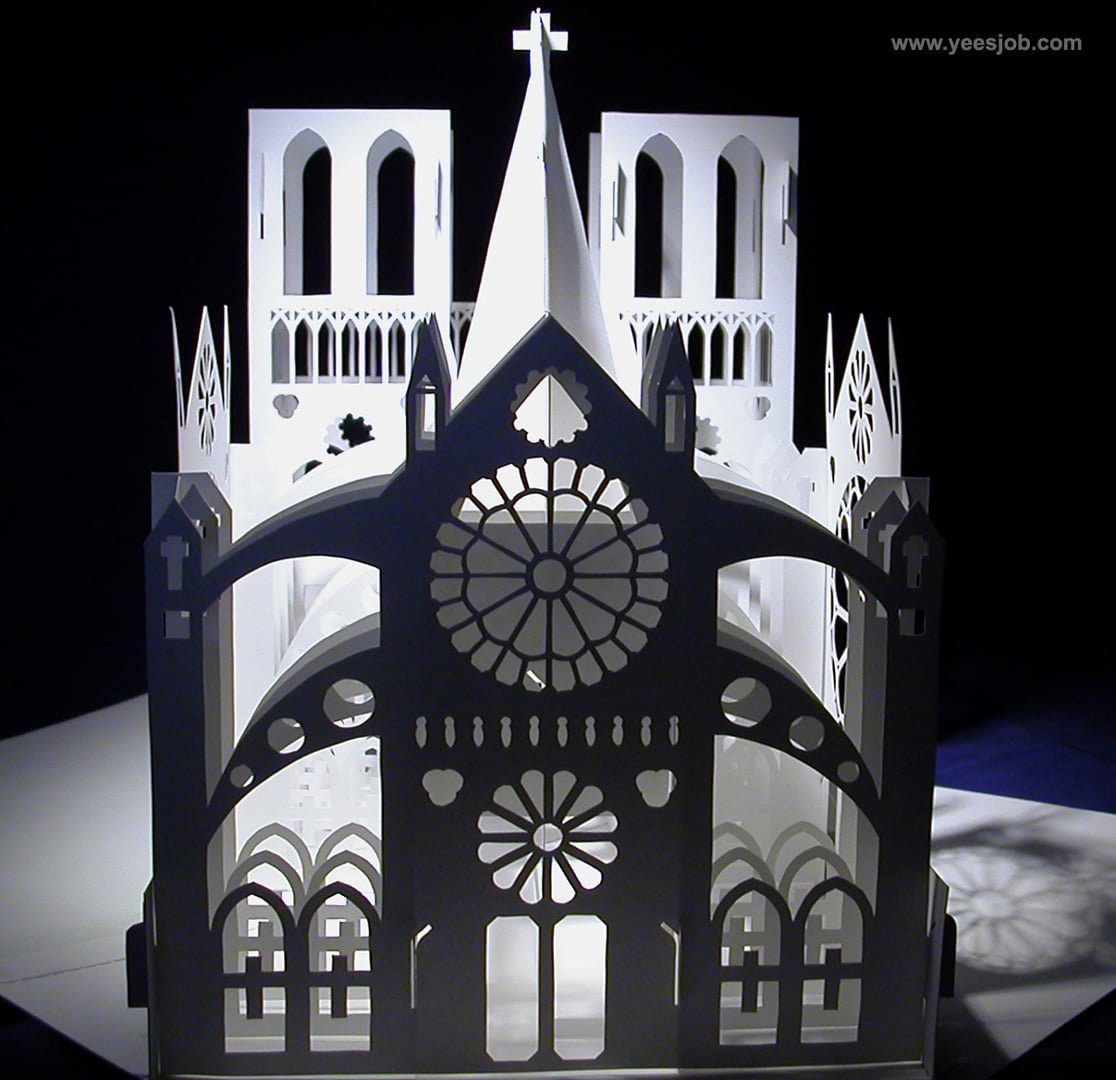 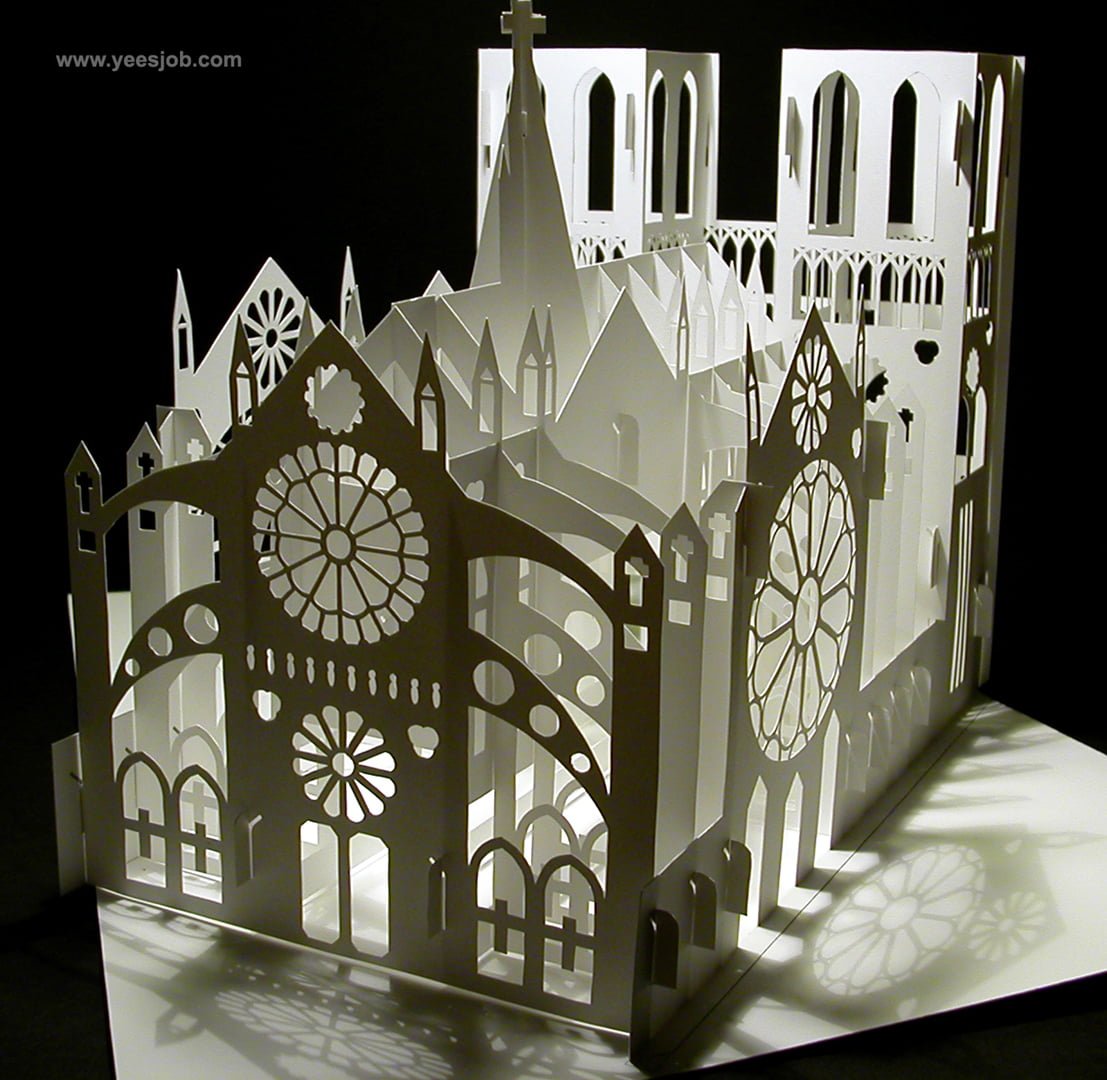 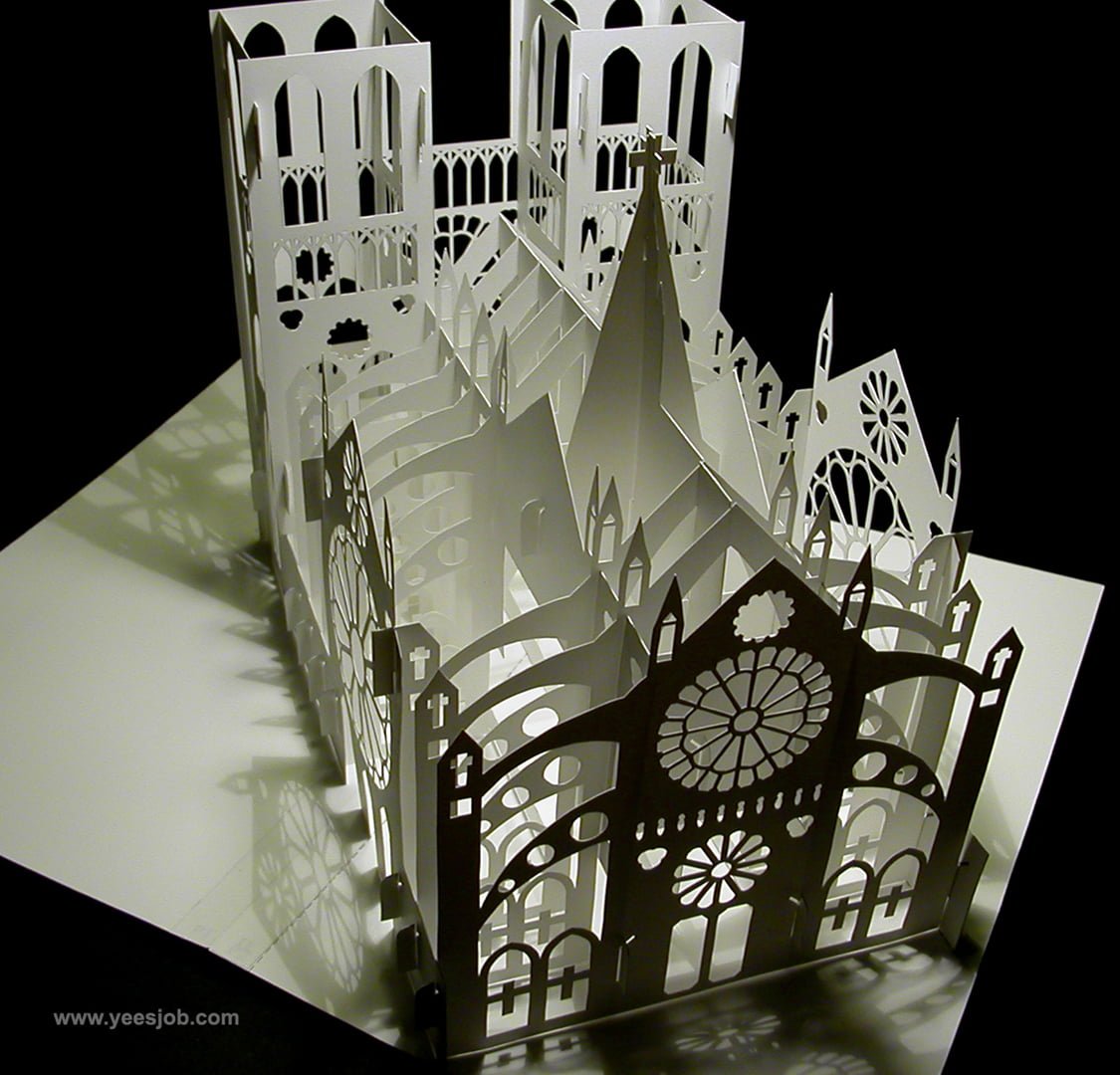 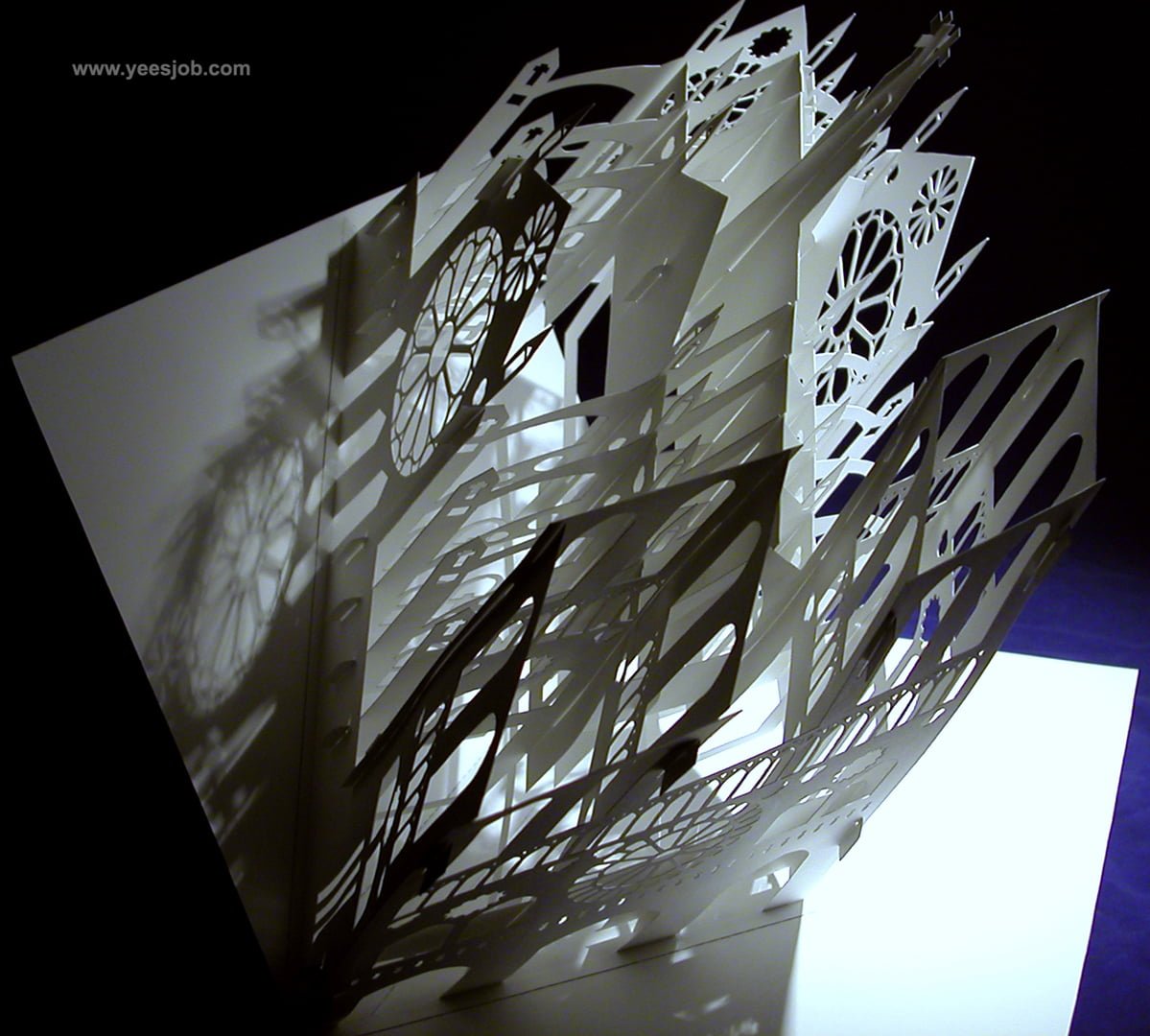 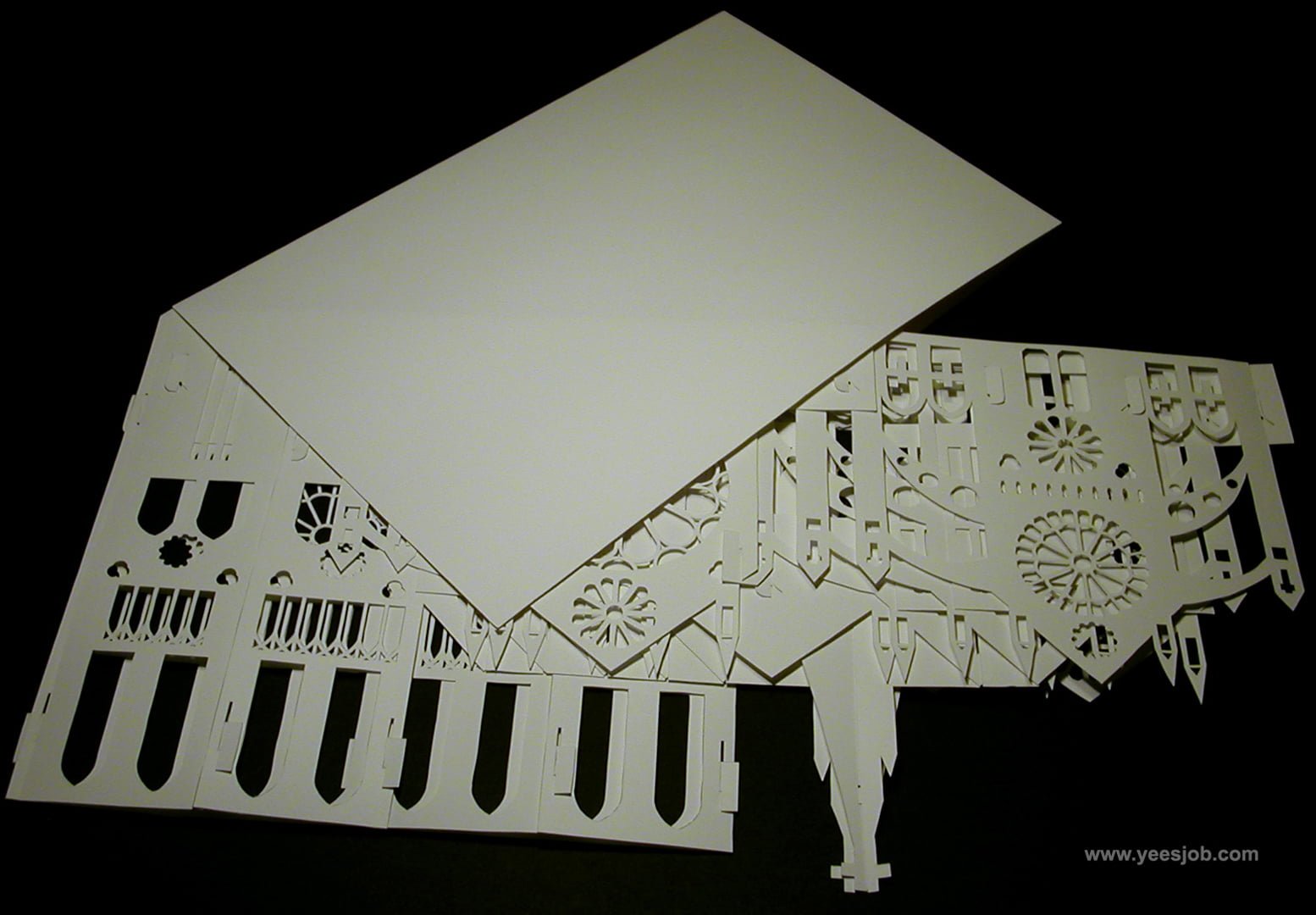 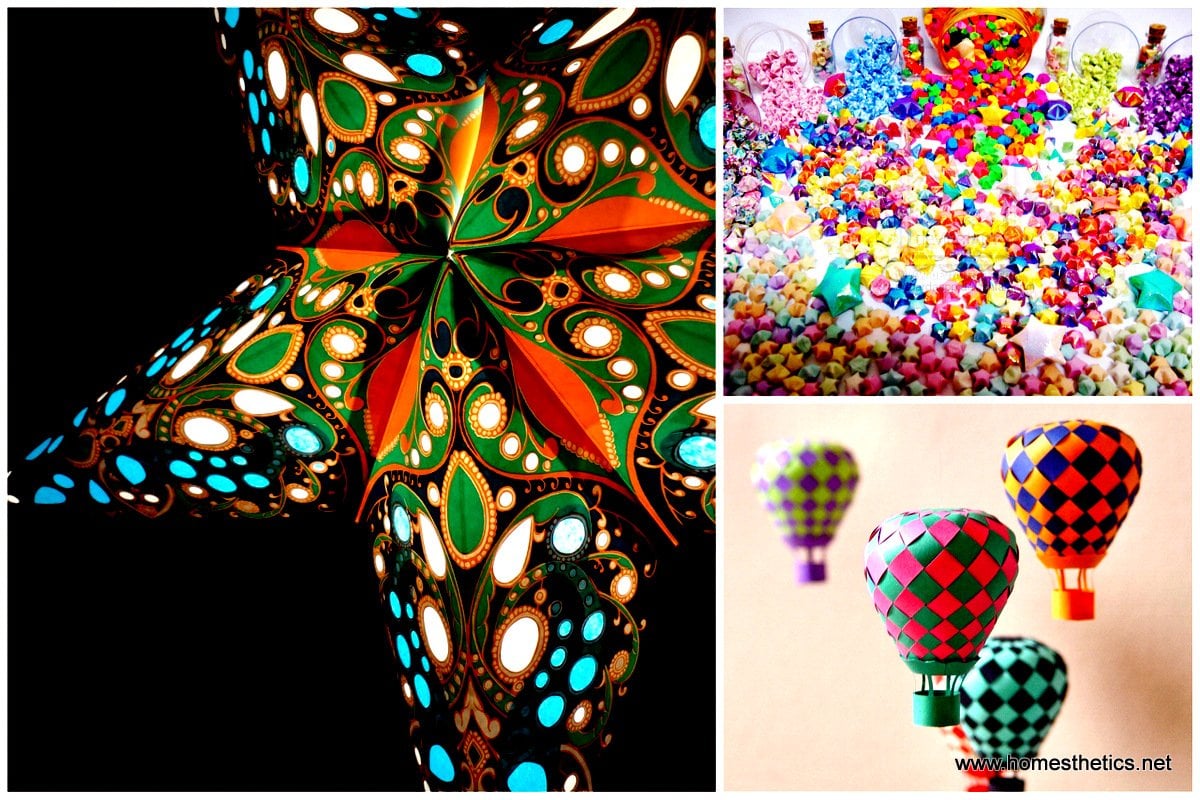 40 Ways To Decorate Your Home With Paper Crafts