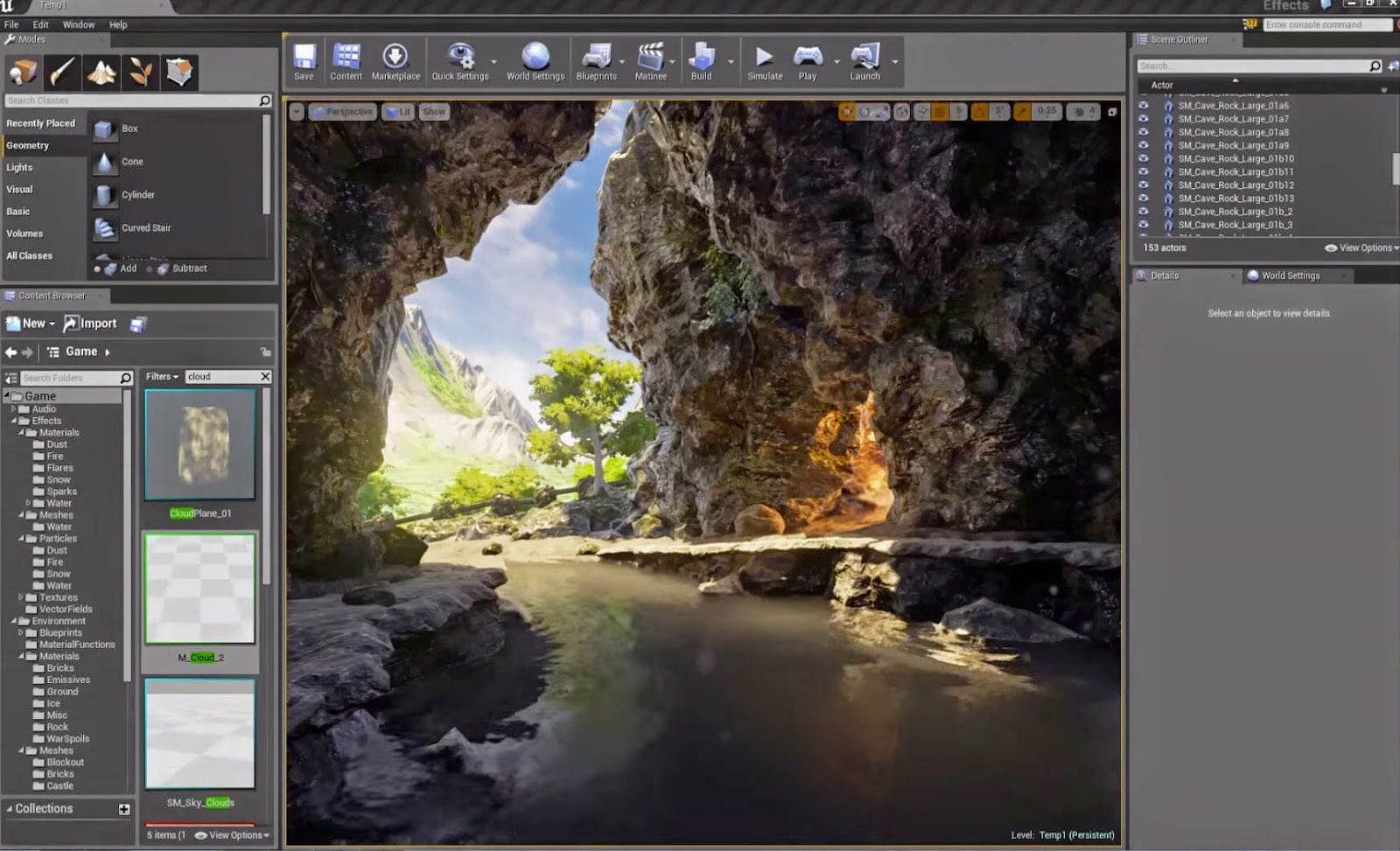 What is the best game engine? Why should you use a game engine in the first place?

Gaming has seen a total revolution – from independent (indie) games to Triple-A (AAA) games. But there has been an exponential rise in the popularity of indie games in the last couple of decades.

What is an indie game? It is an independently created and published game without the backing of a big publisher. If you are an individual or a team of game developers sans an extravagant budget, you will be developing indie games.

So how does a game engine come into the picture for an indie game developer? A game engine helps solve some problems that may arise in the development of any game. It is a software framework or environment that pre-designs physics, user input, rendering, lighting, and other aspects.

Given the budget constraint for indie game developers, we should only be concerned about free game engines.

There are many free game engines available today. And choosing the best free game engine can be challenging, especially for beginners who have limited game development experience.

So, here is a list of the best free game engines for professionals and beginners. Make sure you stick around till the end to get some valuable insight about how to select a game engine. 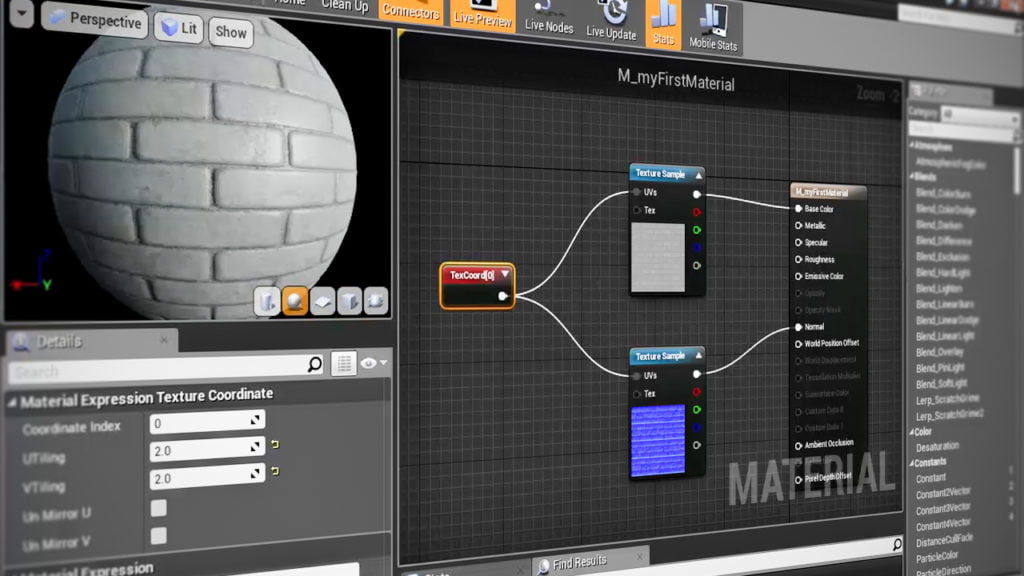 If you have been using or want to learn to use Blender, Armory is the best free game engine for you. Blender is one of the most renowned free, open-source 3D graphics applications. Blender had its game engine, which was recently removed. 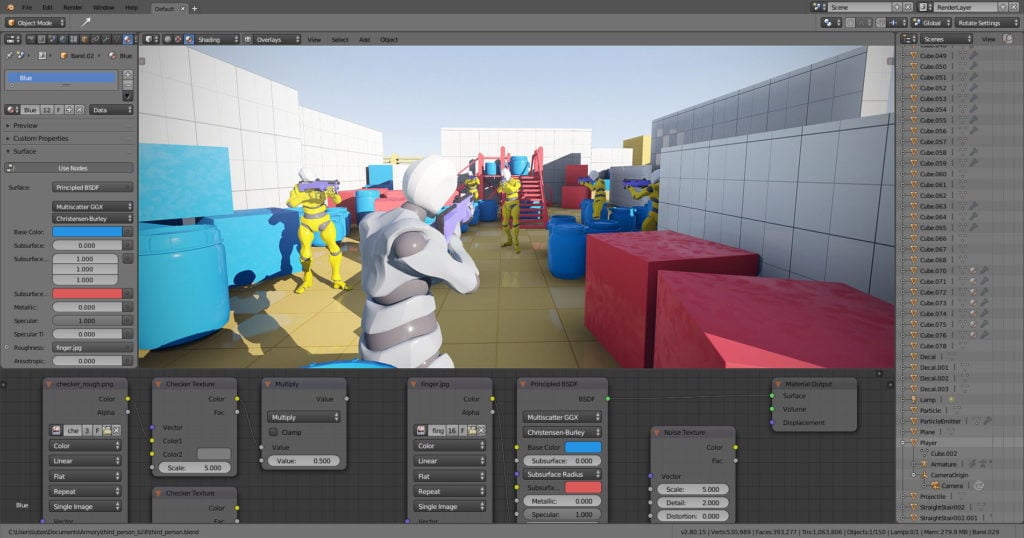 Armory has been built in the Kha-multimedia framework using Haxe programming. It features full Blender integration so you can do all your game development work in one space. Who likes switching to and fro between multiple applications?

The Armory game engine is a one-stop solution for 3D game development in Blender. It has the following features:

Armory is compatible with various platforms, including:

Unity is one of the market leaders in game development, with many popular games like Rimworld, Pokemon Go, and Hearthstone under its belt. It boasts of an advanced rendering engine, a real-time platform, and pre-made assets. You can create a basic prototype easily and quickly using Unity. 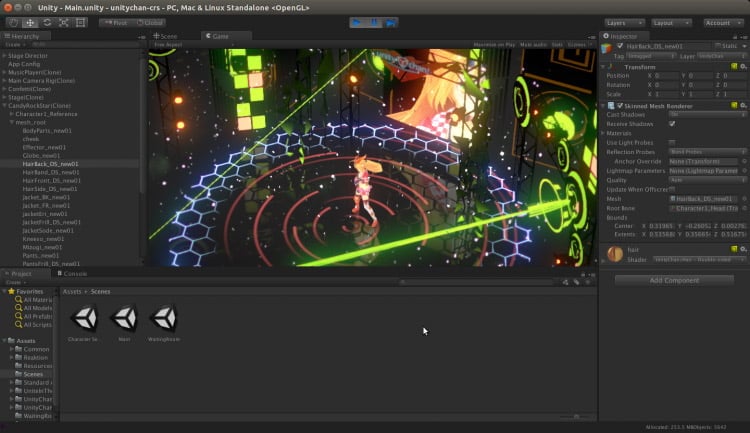 Here is a list of some of the win-win features of Unity that explain why nearly half of all the games in the world are created using it.

You need to know that Unity is not 100% free. If your revenue or funding exceeds $100K per year, then you have to choose from Unity Plus at $25 per month or Unity Pro at $125 per month.

We recommend Godot engine for developing 2D games. It works well with 3D development too but has a considerable edge when it comes to 2D games. Godot’s fully dedicated 2D engine comes with these features: 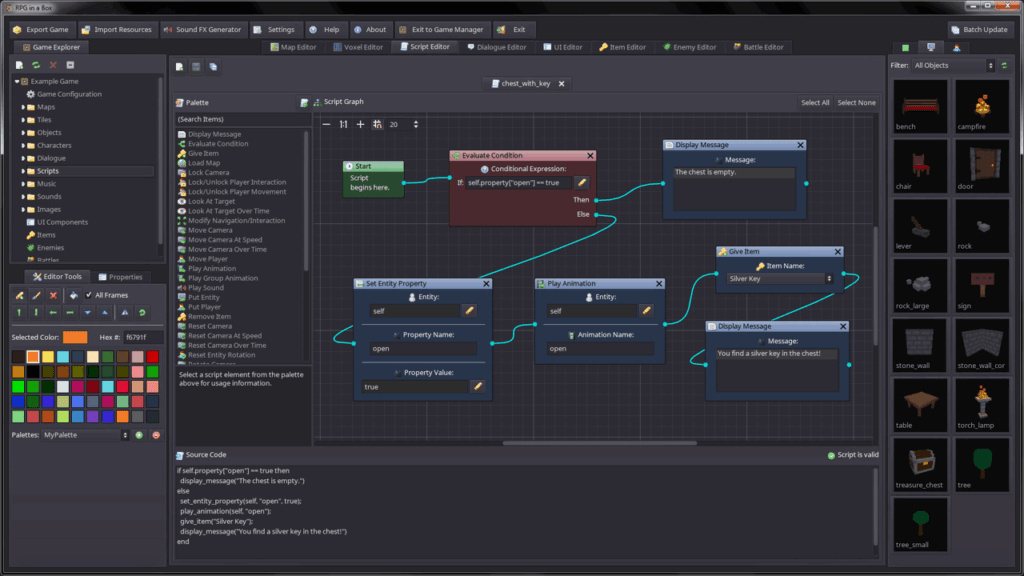 You will also like the following overall features of Godot:

If you want a dedicated game engine for 2D game development, try Defold. A couple of popular games that have reaped the benefits of using Defold are Pet Rescue Puzzle Saga and Blastlands. While it is possible to develop 3D games using Defold, it will require most of the heavy lifting to be done by you – the developer. 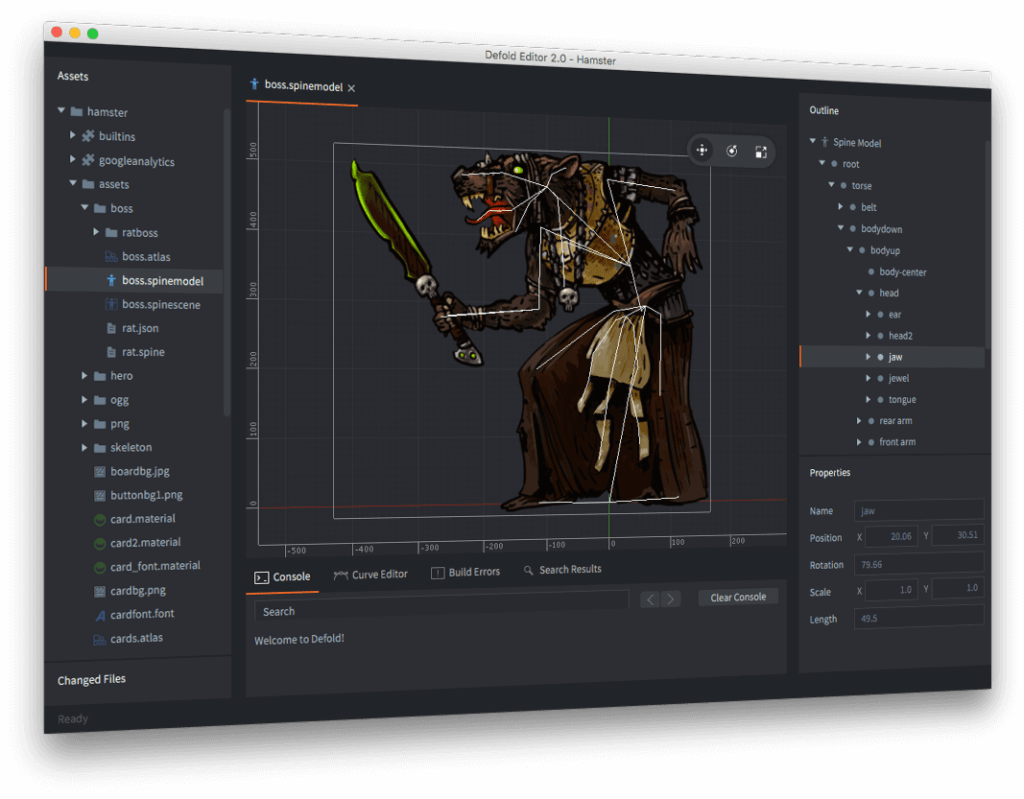 Defold can be used to publish your games to six platforms:

Defold uses the OpenGL ES 2.0 for rendering graphics. It uses lightweight and powerful Lua programming language. It is an effective one-stop solution for 2D game development. There are various in-built tutorials to help you get accustomed to the engine.

Defold allows you to add your native code and extend the engine, as well as setup local build environments – flexibility and customization at its best! You can even integrate your projects with external tools like Spine, Tiled, and Atom.

A list of the best game engines will be incomplete without Unreal Engine. It is our top pick for professional developers and experts who aim to develop AAA games. Beginners should not feel left out – you can use Blueprint, which lets you use Unreal Engine even if you do not have extensive coding knowledge. 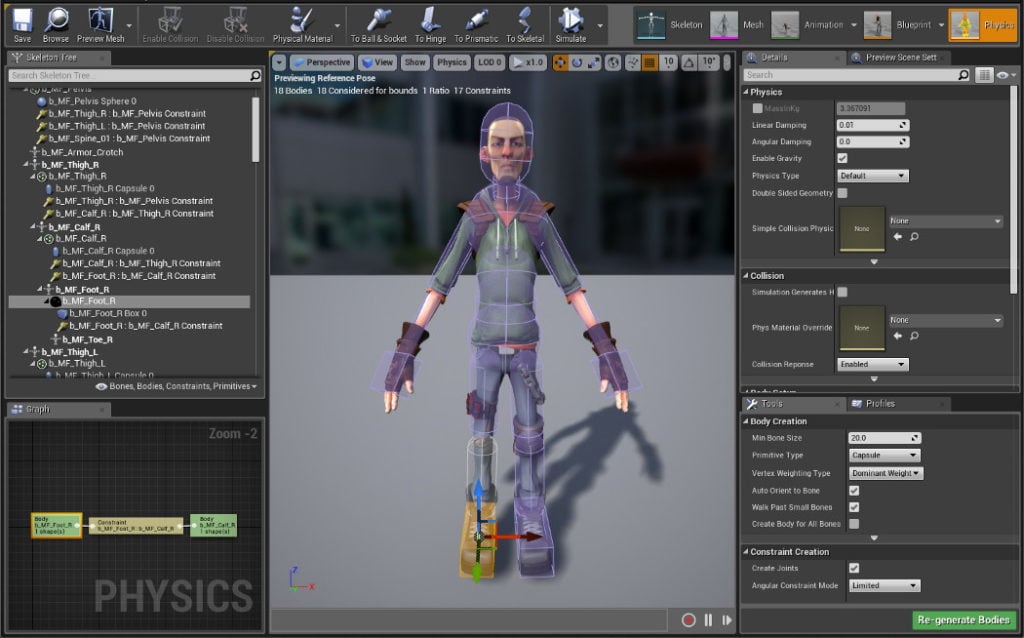 Some of the popular games that have been created using this powerful engine include Abzu, Snake Pass, Street Fighter V, Batman: Return to Arkham Asylum, Fortnite, GTA V, and Kingdom Hearts III. If you want to create a high-end game with stunning graphics, this is the perfect game engine for you.

The only other free game engine in this list that can compete with Unreal’s graphics is CryEngine. But Unreal gains a competitive edge as it is more user-friendly. Unreal Engine has its asset marketplace, but it is not as good as Unity’s asset marketplace.

It is a dependable cross-platform engine that supports 2D as well as 3D game development.

CryEngine is one of the premium 3D game engines in our list of recommendations. If you are looking for the best graphics and breathtaking visuals, this game engine will not disappoint. Using CryEngine can seem challenging to beginners, but the learning curve gets more straightforward with the help of: 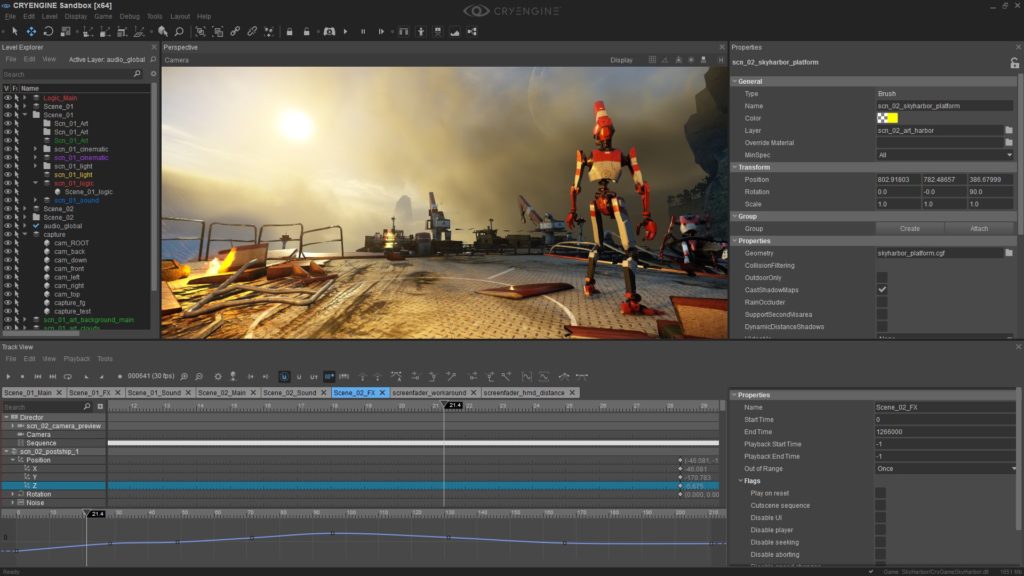 One of the advantages of using CryEngine is that you get unparalleled VR support. It packs all the tools you need for creating AAA games. Some of the popular games that have been created using it are:

CryEngine has many win-win features that you are bound to love. Here is a list of some of its features that convinced us to include it in our list of recommendations:

Although CryEngine is free to use, you have to pay 5% royalty when publishing a commercial game developed using it.

Phaser is one of the most straightforward game engines in this list. It is an open-source framework that allows you to build HTML5 games for mobile and desktop straight from your browser. It relies significantly on Flixel.

If you are a beginner who wants to learn 2D game development, Phaser is the perfect game engine for you. Phaser has many tutorials and examples to help you learn and master an array of game development skills.

If you have some experience in Flash and web development, using this engine will feel like a piece of cake! The only drawback is that Phaser is not 100% free and many of its features can be unlocked with purchase.

Some of the top-notch features of Phaser are:

If you are an XNA developer on Windows or Xbox 360 who wants to port games to other platforms like Android, iOS, Mac, and so on, MonoGame is the ideal game engine for you. It is an open source framework with a community comprising of thousands of games. 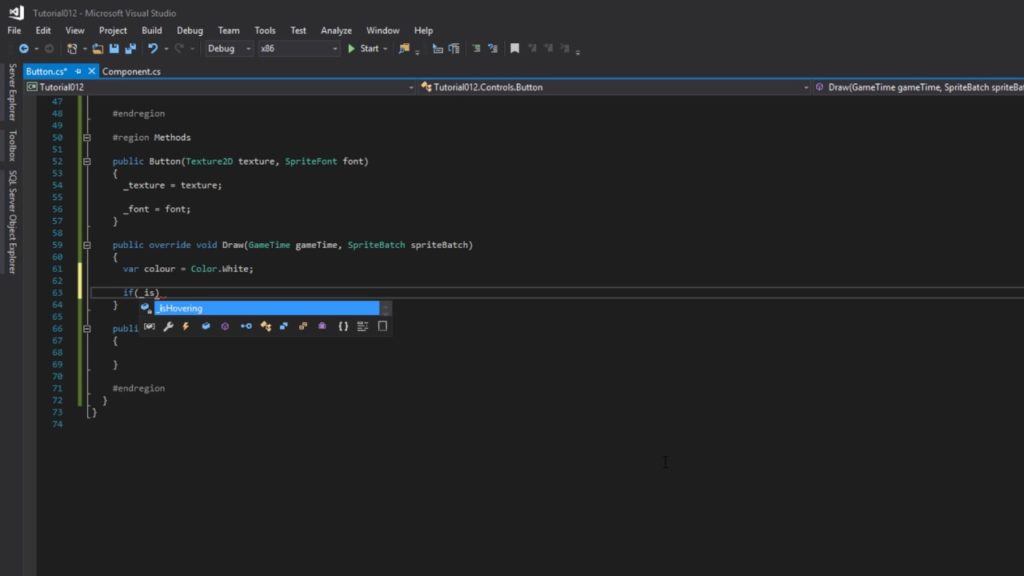 If you have used C# or Microsoft’s .NET languages, developing games using MonoGame will feel like a walk in the park! If you are a beginner, you can benefit from the active community of MonoGame users. One of the most popular games that have been created using this game engine is Stardew Valley.

Despite its many features, MonoGame does not provide adequate features and tools for non-coders to use it. If you do not have coding knowledge, using this game engine can be a real hassle initially. You can use 2MGFX for compiling stand-alone effects and MGCB for building pipeline content.

Corona is an excellent cross-platform 2D framework for game development. Unlike some premium engines, there are no hidden royalties or charges – it is 100% free. When you opt for Corona, you get some excellent benefits like: 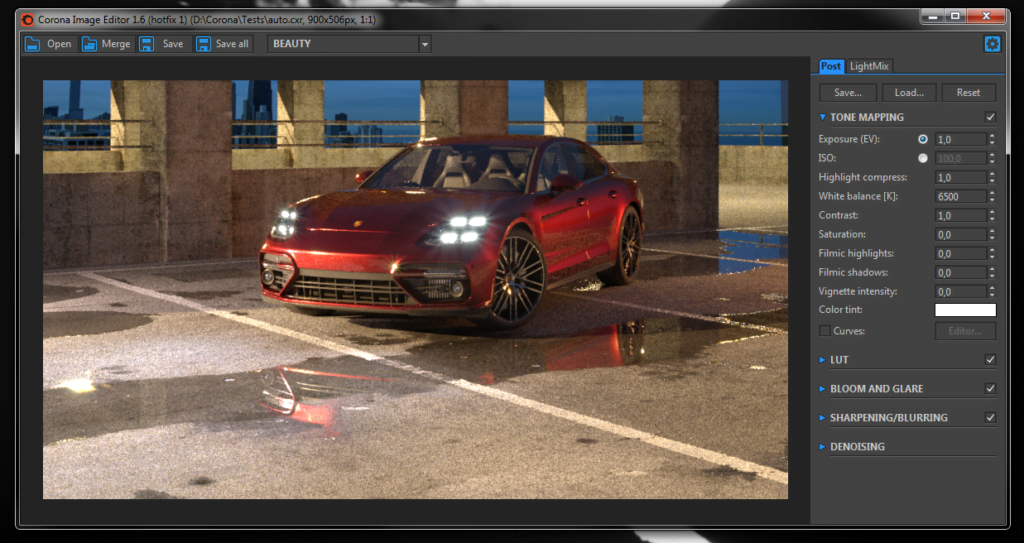 It is ideal for creating apps and games for desktop and mobile devices. It uses the easy-to-learn and powerful Lua language along with native extensions for C, C++, Java, and Obj-C. We especially liked the option to view and monitor projects instantly across multiple devices with the help of Live Builds.

You can use Corona to publish your developed games to a variety of significant platforms without having to rewrite the code. The Corona Simulator instantly responds to changes in the code.

Game Maker Studio supports both 3D and 2D game development. Some of the popular games created using this engine include: 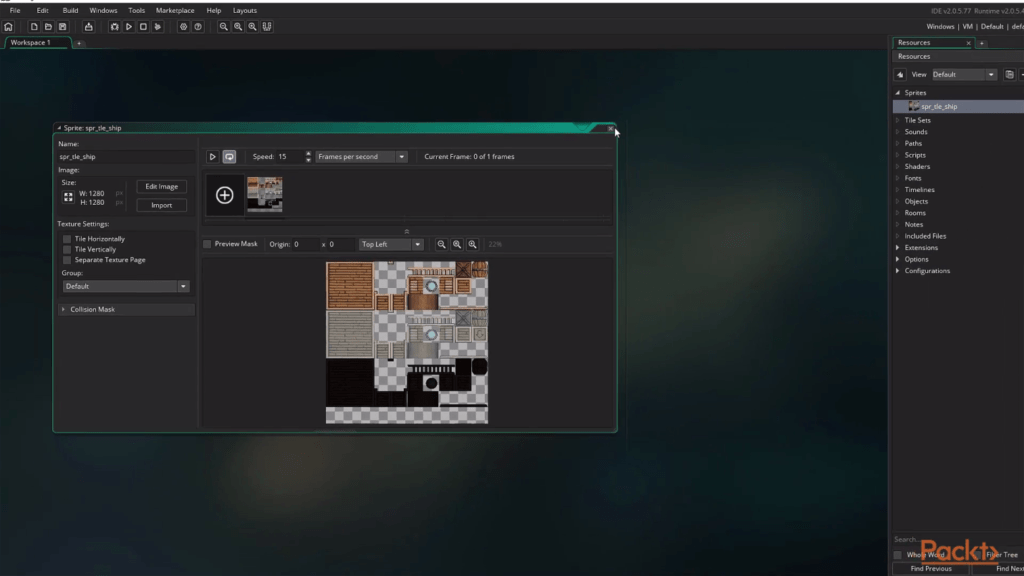 Whether you want to create simple 2D games or AAA 3D games, this game engine has the tools and features to get the job done. One of the most versatile engines on this list, it works perfectly for beginners as well as professional game studios.

Here is a list of the best features of GameMaker Studio:

GameSalad is the perfect game engine for beginners. Even if you have zero knowledge of coding, you will not find it challenging to create and publish games using this engine. The drag-and-drop scripting feature allows you to develop behaviors effortlessly. 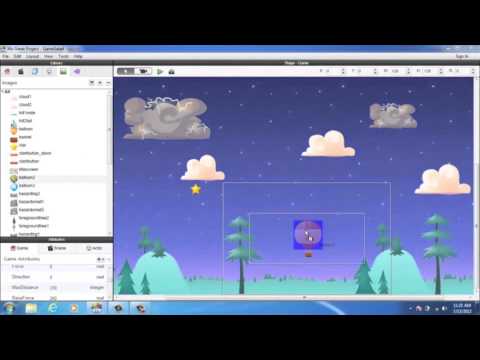 It is an efficient engine for creating 2D games. It does not have a lot of features or stunning graphics capabilities like some of the premium engines we have reviewed in this list. You can use it to create games that apply simple rules to objects. Some of the games created using this engine are Milo & Me, Steam Punks, Super Spin Tanks, and Help Volty.

GameSalad has been used for teaching programming skills. It can publish to multiple platforms including mobile, web, and PC. You can benefit from its extensive community and reliable support.

The only demerit we could identify with this engine is that it has limited features and a subscription system for its Pro version.

Construct 2 is an exceptional game engine for creating 2D games. It comes equipped with a highly intuitive drag-and-drop feature that makes the learning curve fast and straightforward. If you frequently use Microsoft products, you will appreciate the interface of this engine, which is very similar. 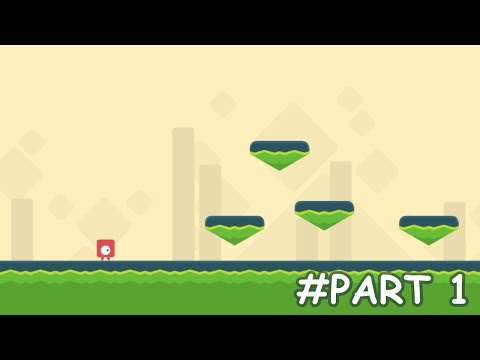 It does not have a Mac OS version. The games you develop using this engine can be exported as HTML5 only, so you may have to use a third-party service to convert to other platforms like Android and iOS.

Some of the games created with this engine are the Next Penelope, Airscape, Mortar Melon, Cosmochoria, and Super Ubie Island.

It is not 100% free. After using the free trial version, you can unlock all of its features for $80. It also has a robust marketplace consisting of several plugins.

Amazon has diversified into the game development industry with its Lumberyard Game Engine. It can integrate directly with Twitch. If you are looking to build games that are equally fun to watch and play, this is the game engine you should be using. Fabulous performance and top-notch visuals are guaranteed with this engine. 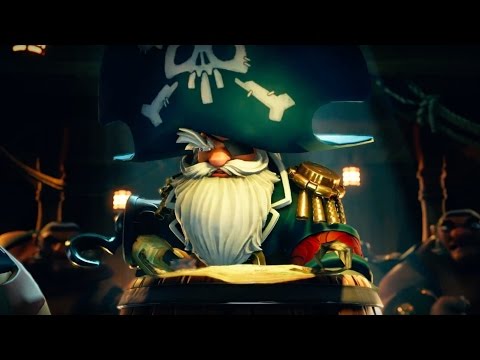 Its source code is written in C++ and is open to developers, adding a ton of flexibility and control over each aspect and feature of the game in development. We especially liked the thoughtful inclusion of a comprehensive suite of tools for artists, including:

Some of the features of Amazon Lumberyard that make it a noteworthy inclusion in this list are:

Choosing the right game engine is crucial to ensure that your game development endeavors do not go in vain. There are many factors to consider when selecting the optimal game engine. These guidelines will help you pick the perfect option.

Features of a Game Engine

You need to know what features you need for the game you wish to develop. The majority of game engines offer four types of functions:

There are some other factors that you should consider before choosing a game engine.

Selection of a game engine depends much on the genre of the game you wish to develop. There are four game genres:

Beginners will face a steeper learning curve, irrespective of which game engine they use. We have shortlisted 13 of the most user-friendly and productive game engines, which will surely be capable of developing your dream game.

Picking one of the 13 recommended engines depends on your requirements, but we hope our guidelines and tips help you make that choice. 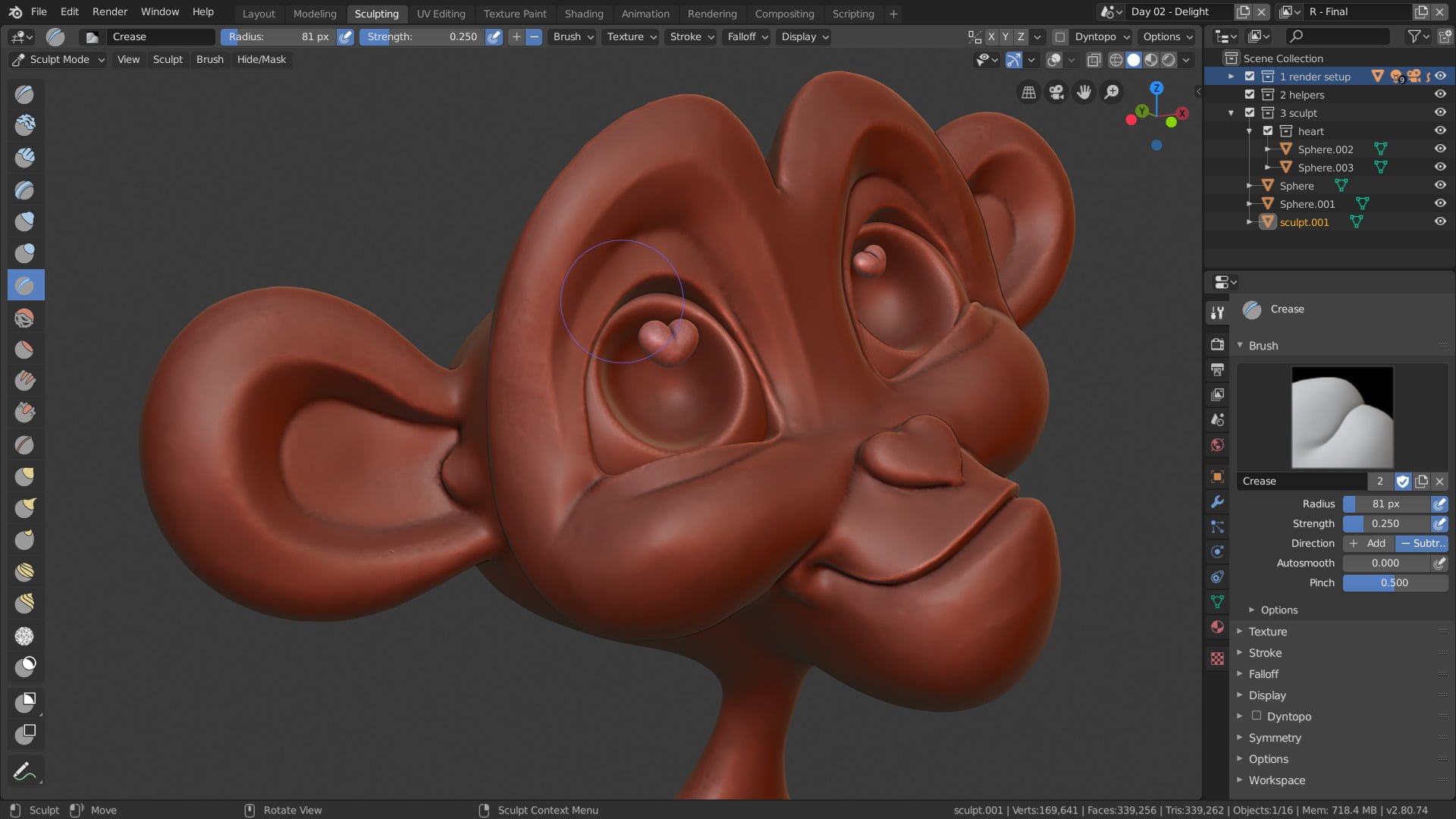