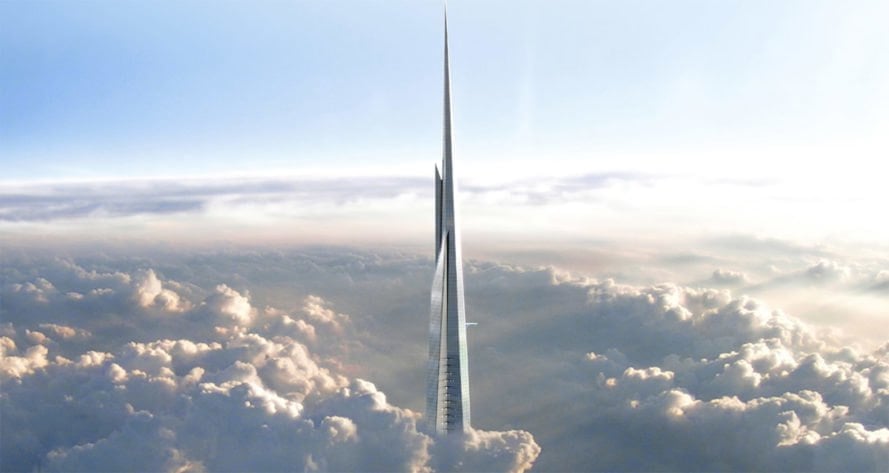 We often think about the famous superlatives of this world: the best, the biggest, the strongest, so and so forth. Quite naturally, the first things that come to our minds are the structures or monuments of this world.

Now, all of us know about the 7 wonders of this world; but, what most may not know is the latest ones that have been created in the new era.

And, one of those marvels is the Kingdom Jeddah Tower in Saudi Arabia, which is now in the process of becoming the world’s tallest tower!

Taking over 5 years by now in the construction process, the Jeddah Tower is estimated to be the first 1-kilometer high building. But, what is even more interesting is that the entire structure is being conceived and designed by American architect Adrian Smith, who had also built the famous Burj Khalifa.

So, if you’re looking to know more about the tallest building ever, then do stick out till the end of this guide! 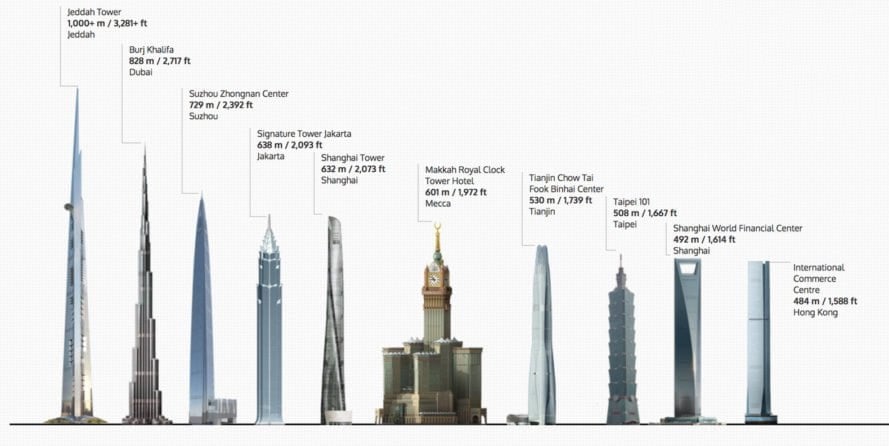 All About Jeddah Tower’s History

The soil testing for the Tower’s construction in the area began in May 2008. However, there were a few doubts about the suitability of the location, which temporarily halted the construction work between 2008-2009. Another major factor for the interruption was the Global financial crisis that occurred during that time-span, along with Bechtel, which was the former engineering firm, backing out of it.

But, all of that changed when Kingdom Holding Company criticized and rubbished all reports, confirming that the project was pretty much under execution. 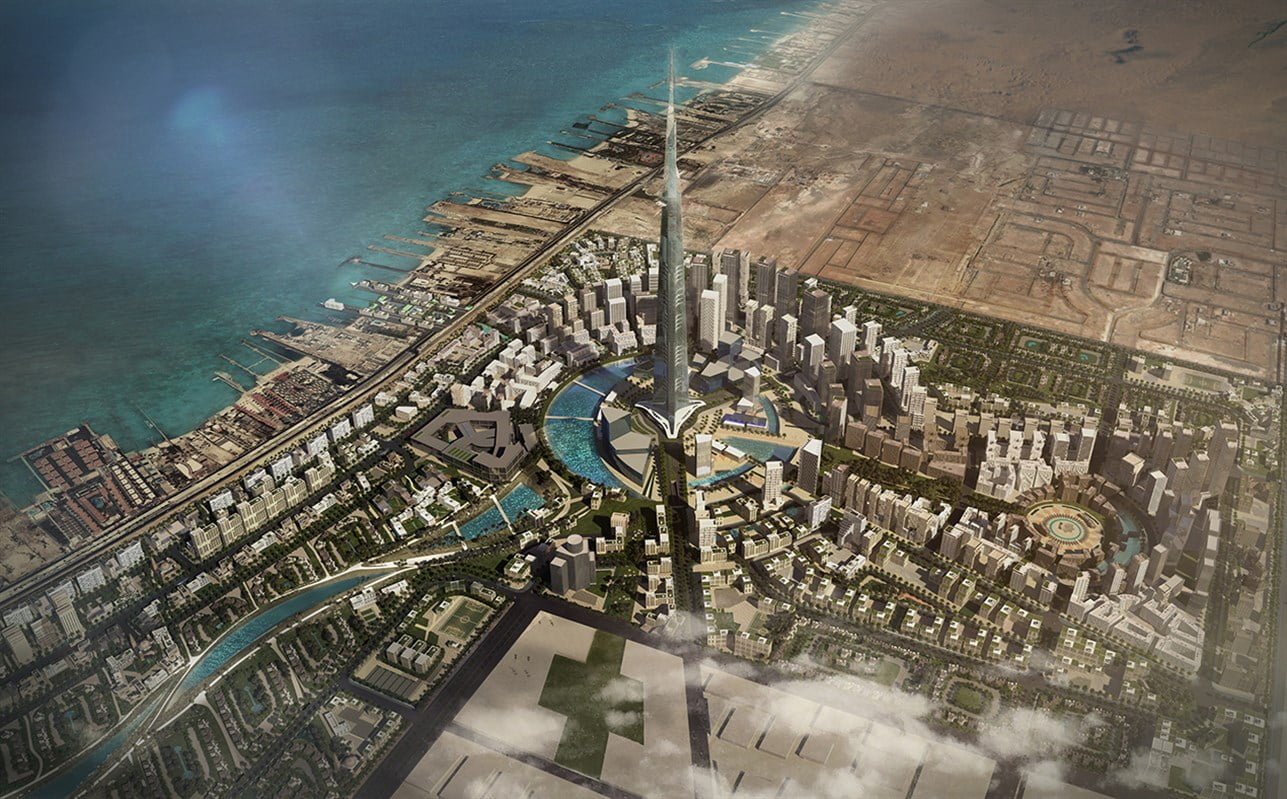 The Kingdom Tower Jeddah is all set to be complete in the year 2022. And, all the things about it as of yet, have made the project one of the most anticipated ones ever!

So, here are the things you’d want to know about it.

The Kingdom Tower is, by all means, going to be the crown jewel of the Jeddah Economic City. It is, in fact, set to be a commercial and residential complex sprawling over a vast, 57 million square feet (5.3 million square meters)! The building will also have its group of hotels and offices, along with other attractive locations for tourism.

So, how did it all start?

The construction works and procedures for the project started on 1st April, 2013. And, the above-ground construction began in September, 2014. The designs for the tower’s foundation was settled in August 2011, and the contract for piling was accordingly tendered.

It was on the 16th of August in that same year when Langan International officially declared their participation in the project. However, there were certain subsurface issues that cropped during the foundation and piling procedures, which included porous coral rock and a soft bedrock.

Such conditions would never support a skyscraper if they’re not settled in time. So, the new project developers really had to come up with some unconventional solutions for these problems. These required the concrete to have low permeability so that it can keep away the corrosive saltwater from the Red Sea from entering the base.

Additionally, the foundation is expected to be around 15 ft deep, having a concrete pad area that measures about 81000 sq ft. The piles are going to be around 660 ft deep with the pad measuring over 300 ft across. But, even while weighing more than 900,000 tons, the building is expected to fit and settle perfectly. 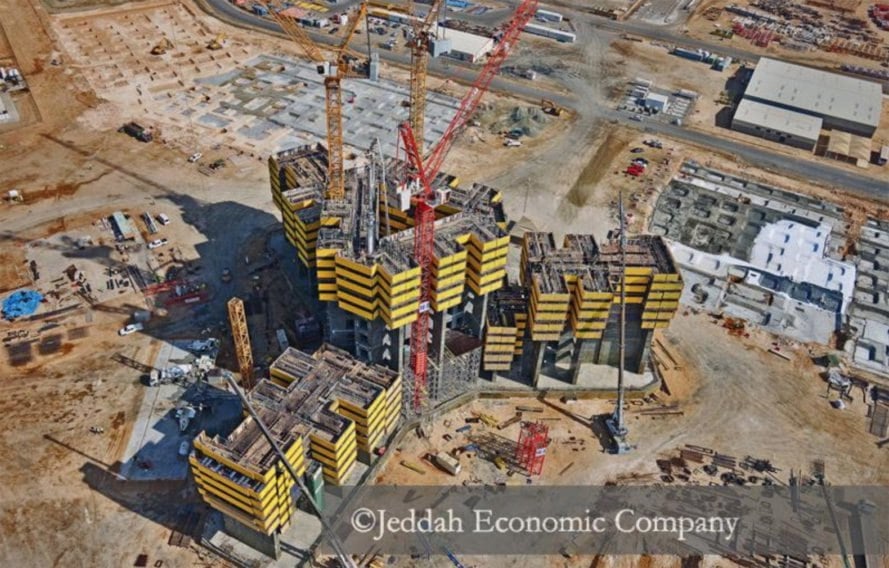 The Kingdom Tower is going to be a sheer marvel in every way, given all of the plans that have been charted out for it.

To start off, the Tower is being designed in a “tri-petal” or triangular shape with a sloping exterior. This thermodynamic shape is going to reduce the wind pressure on the structure. Interestingly, the tri-petaled design has been inspired by the leaves of the plants in the deserts of Jeddah.

Also, the Tower will have a total of 59 elevators, to cover the entirety of its extreme height. These elevators are designed to move at a slower speed than the regular lifts to keep you from being nauseous due to changing air pressure.

What’s also noteworthy is that the concrete foundation in some parts of the Tower’s core is thicker by a few meters than the rest of the parts. In fact, the diameter of a single foundation pile is 10 feet, and each pile measures 360 feet in length.

Coming to the temperature of Jeddah, which could reach up to 50 degrees Celsius in summers, the exterior wall system of the tower should be paid a closer look. These walls are made of low conductivity glass that lowers the power consumption for air-conditioning.

Moreover, the estimated amount of steel required in the overall construction of the tower is expected to reach up to 80,000 tons. 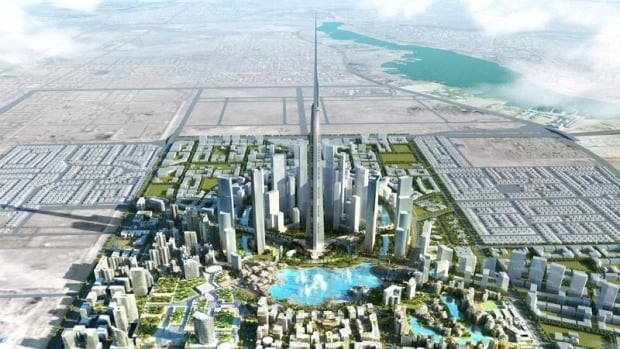 The Kingdom Tower Jeddah is all set to become the global landmark of the New World soon, with a gross floor area measuring 2.6 million square feet (243,866 square meters). The Tower will feature more than 252 stories, besides having the world’s highest observation deck, at a height of 2178 feet, with a 5382 square feet outdoor platform.

One of the major facilities in the tower would be a grand Four Seasons Hotel along with 97 affiliated serviced residential apartments, which will also have 7 duplexes. Apart from this, there would be 7 floors of official accommodations and 4 “residential tiers,” including 325 apartments.

Additionally, it is going to be located right at the center of the Jeddah Economic City. So, you can expect it to be surrounded by the best schools, malls, universities, hospitals, and residential complexes.

The first thing that you see and experience when you arrive at the Kingdom Tower Jeddah is being 20 meters above sea-level. This is a wonder in itself as it provides an entirely different experience for every floor.

The designers believe that the Jeddah Tower will be a cutting-edge new development for the location, which has always traditionally facilitated access into the sacred cities of Mecca and Medina.

According to Hisham Jomah, the chief development officer of the Jeddah Economic Company, they are literally establishing a new, independent city, which will change the mindset of Jeddah. Also, building such an epic stature will surely, in every way, change the international scenario of all modern cities. 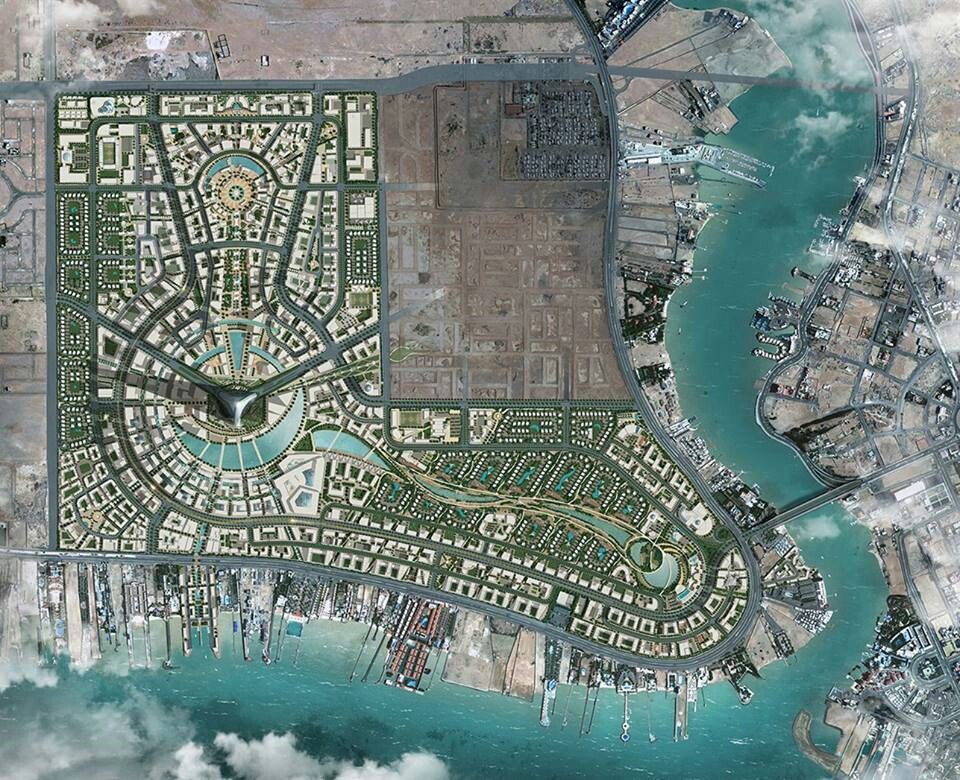 For designing the Tower Jeddah, Adrian Smith of Adrian Smith + Gordon Gill (AS+GG) was appointed as the preliminary artist, in March 2010. It so happened that later on, when there was a serious tussle amongst competing designs, they won the contention between 8 major architectural firms.

And, interestingly, one of these was also that firm which Smith himself worked for, Skidmore, Owings and Merril. This was the final competitor in the contest, over which (AS-GG) was eventually chosen. 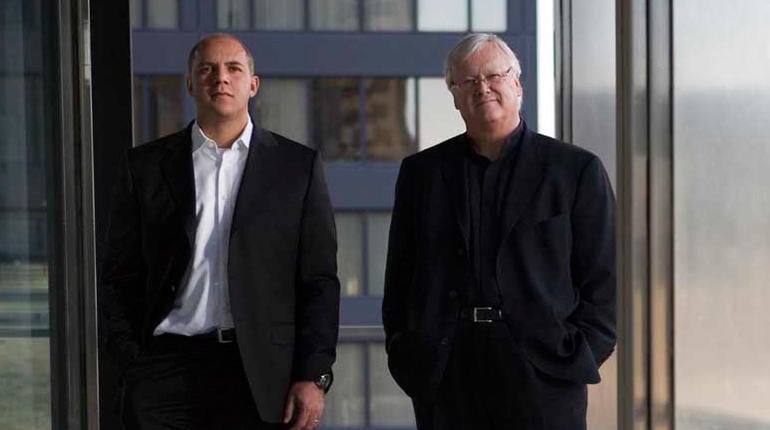 Adrien Smith, at that point of time, was already famous for his designs of the Burj Khalifa, and also other recent towers. This included the Trump International Hotel & Tower in Chicago, the Jin Mao Tower in Shanghai, the Pearl River Tower in Guangzhou, China, and the Zifeng Tower in Nanjing, also in China. These are, in fact, 4 among the top 11 tallest buildings in the world.That’s quite an impressive portfolio, don’t you think?

Apart from all of the primary gains coming of the project, the construction of the building is estimated to include a considerable amount of retail. This is expected in the form of an extensive range of unique facilities, with the intention that it works as a self-sustaining entity, fulfilling the concept of the “vertical city.”

The design of the Kingdom Tower Jeddah has been a grand success mainly because of two very distinct reasons. It is, in entirety, an incredibly dynamic combination of simplicity and feasibility, and a bold, high-tech element. In fact, according to AS+GG themselves, the design of the building is a very cost-efficient, elegant and a highly constructible one.

The cost of construction is estimated to be around US$1.23 billion, which is a bit less than that of Burj Khalifa’s, which was about US$1.5 billion. This can be associated with cheap labor in the Middle East, mainly in Saudi Arabia.

The future location of the tower lies nearby to the King Abdulaziz (Jeddah) International Airport, which has several runways, almost aligning with the tower’s site. And, this will have a significant effect on the airspace. 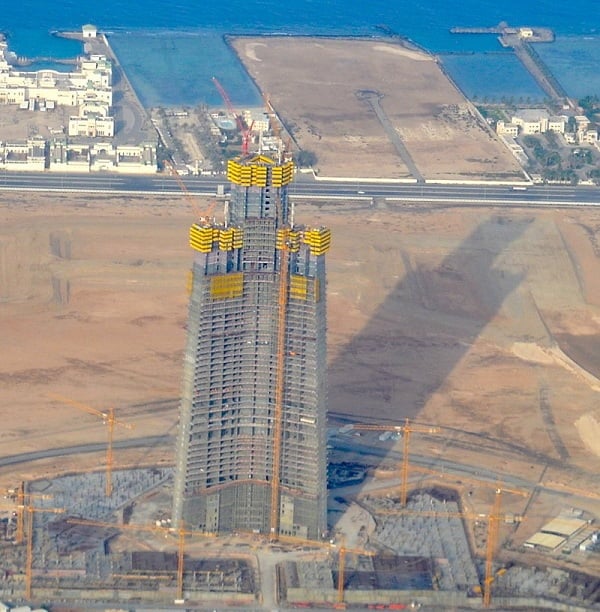 The city of Jeddah is situated merely an hour from the holy city of Mecca, and it takes about 4 hours of flight time to reach it from Medina. Consequently, a large number of pilgrims take the airways for traveling to Jeddah.

After taking a flight, what you could do is drive down to the city or take a bus. You can find several bus-routes which connect Jeddah to all the towns and major cities in Saudi Arabia.

So, that was it for our extensive guide on all the things to know about Kingdom Tower Jeddah – the tallest building in the world!

We hope you enjoyed what you read and that we have given you something grand to look forward to on your next vacation this year! 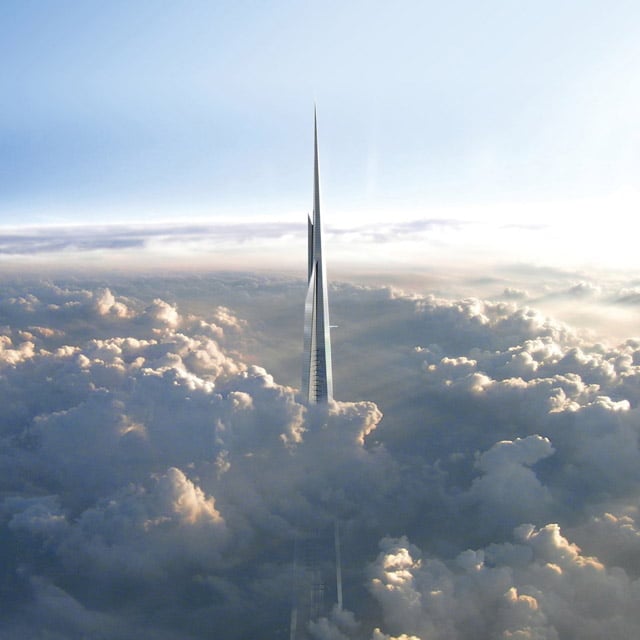 33 Insanely Famous Buildings to See in Your Lifetime 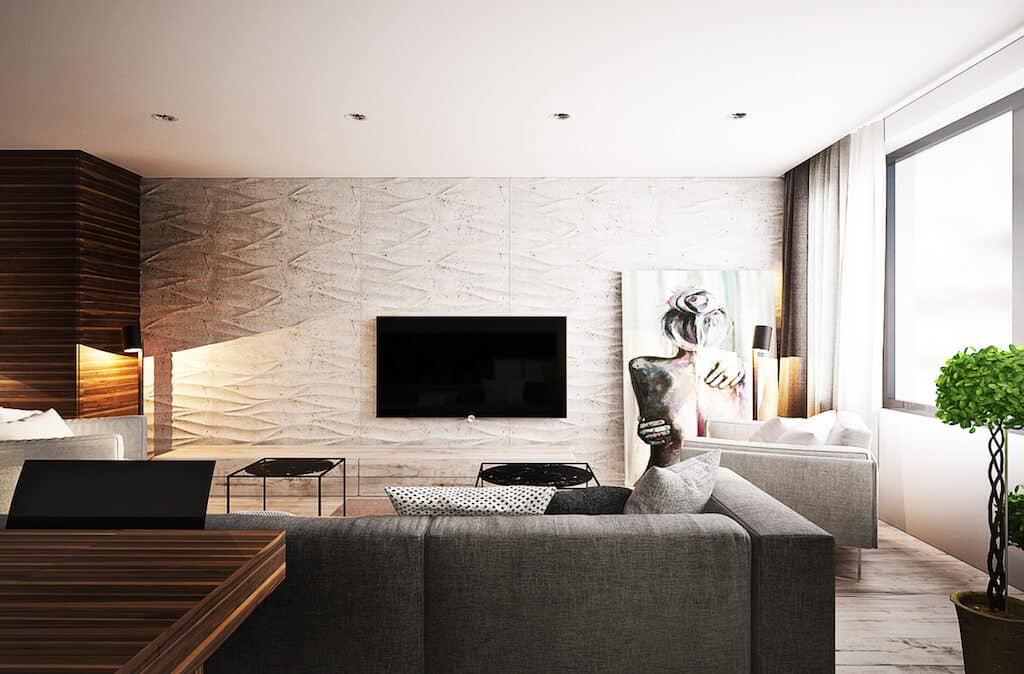 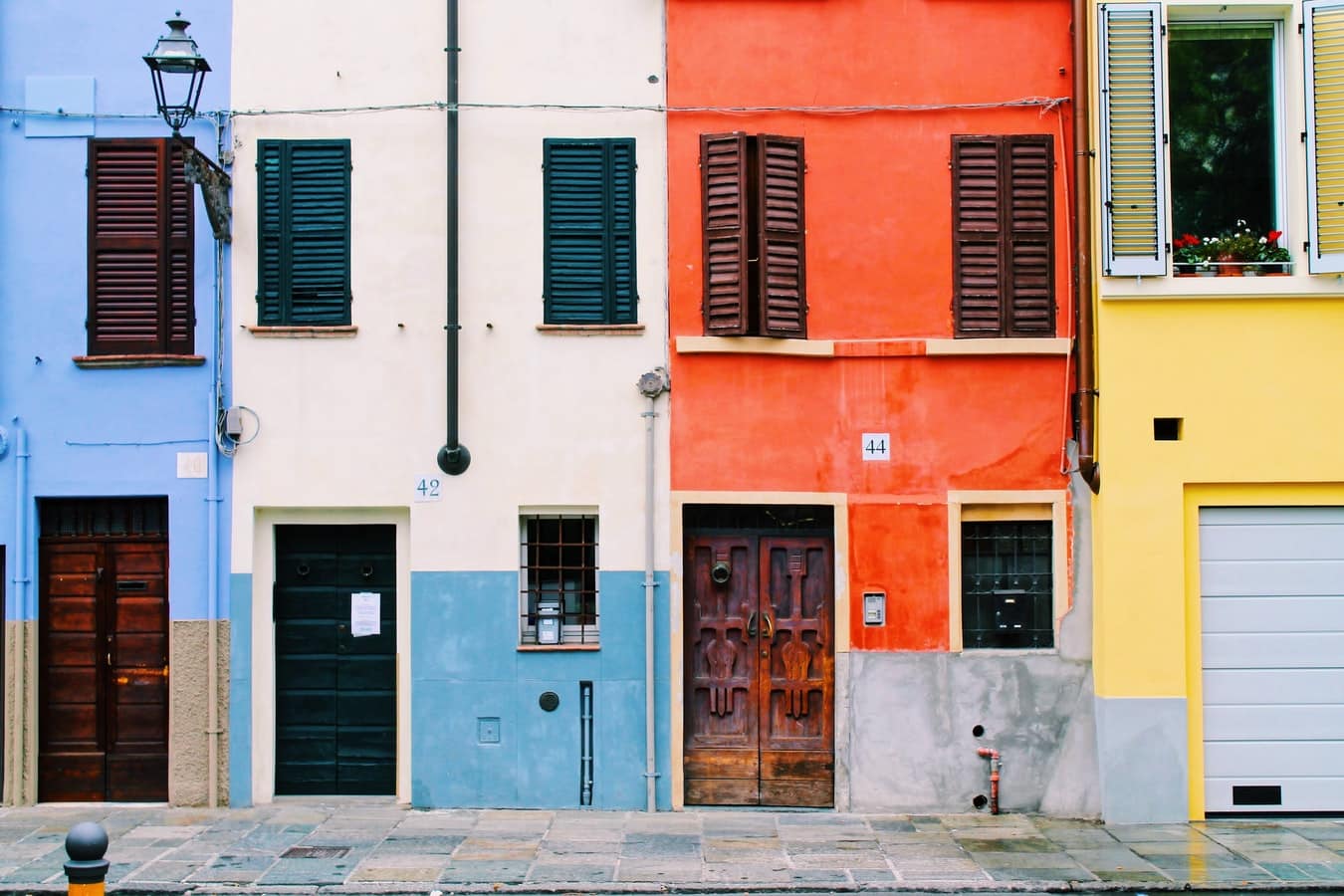 Window Frame Types 101 | Everything You Need to Know