30 Famous Landmarks That Capture The True Spirit Of New York 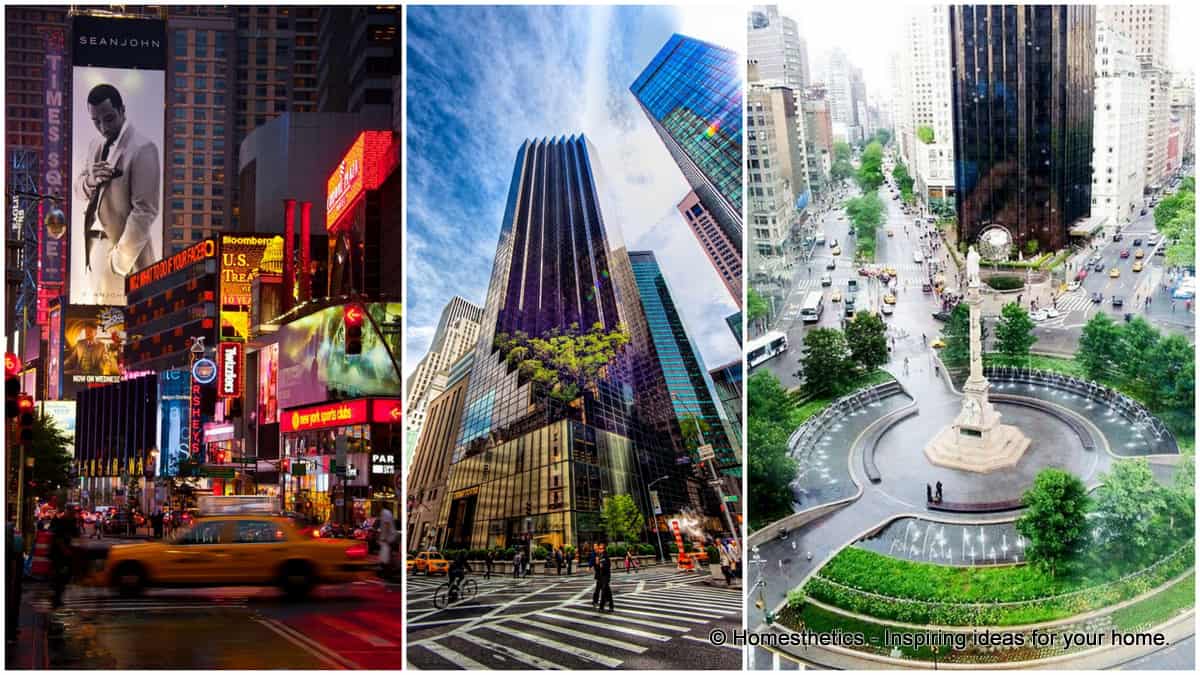 The city of New York is one of the 50 states of America, home to many famous icons and is more well known, talked about and favored greater than any of the other 49 states. Some of these historic landmarks like Times square, the Empire State building, Statue of Liberty, Freedom Tower just to name a few have not only become grand tourist attractions but have over the years captured the spirit of the city. Taking this a step further are popular artists Jay -Z and Alicia Keys with their tribute to New York city beloved song “Empire State Of Mind”, whose lyrics truly capture the day to day reality of what goes on in the big city. The state of New York has unreservedly earned its nick name ‘the big apple’ because of its fast paced development in terms of fashion, the arts, culture, global influence, finance causing her to take the bigger chunk of the pie. This effervescent spirit that surrounds the city of New York can be heard spilling out from the hearts of many who have either visited the city or still call it home via their vocal cords. All singing to the top of their voices what is now the affectionately universally known ‘theme song’ of the concrete jungle from the chorus of the Grammy nominated song Empire State Of Mind “NEW YORK!” It is this charismatic atmosphere that not only personifies the city of New York but it’s what lures the rest of the world like a magnet to the big apple. The city has several iconic landmarks that certainly call much attention to itself and instilling in many visitors a desire to return and never leave. Below are 30 of these landmarks that truly capture the spirit of the big apple and arouse in many tourist a passion to one day get an opportunity to live the American dream.

#1 The Chrysler building is a landmark in New York

The Chrysler building located midtown, Manhattan has been in existence since its opening in 1930 and was the tallest skyscraper for one year up until it was surpassed by the Empire State building. To this day however, this art decor style skyscraper still holds the record for being the tallest brick building in the world.

#2 The Trump tower located in midtown Manhattan in New York

Owned by billionaire Donald Trump, this 68 story skyscraper named the Trump Tower was opened on Valentine’s day in 1983. 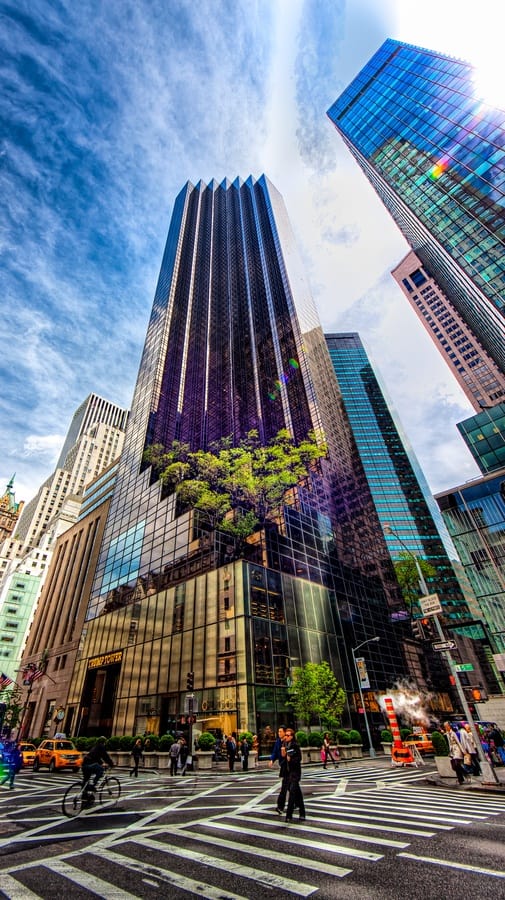 #3 The metropolitan opera house on Broadway in New York

Located upper west side Manhattan in New York, this iconic landmark is the center for the performing arts and has been open since 1966. 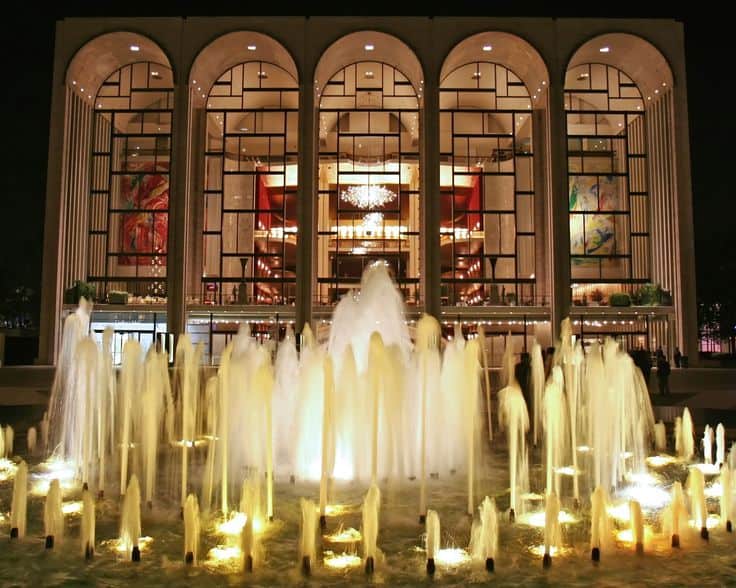 Times Square is a major commercial intersection that is the busiest area of New York and the most favored place for lovers to capture a Kodak moment. 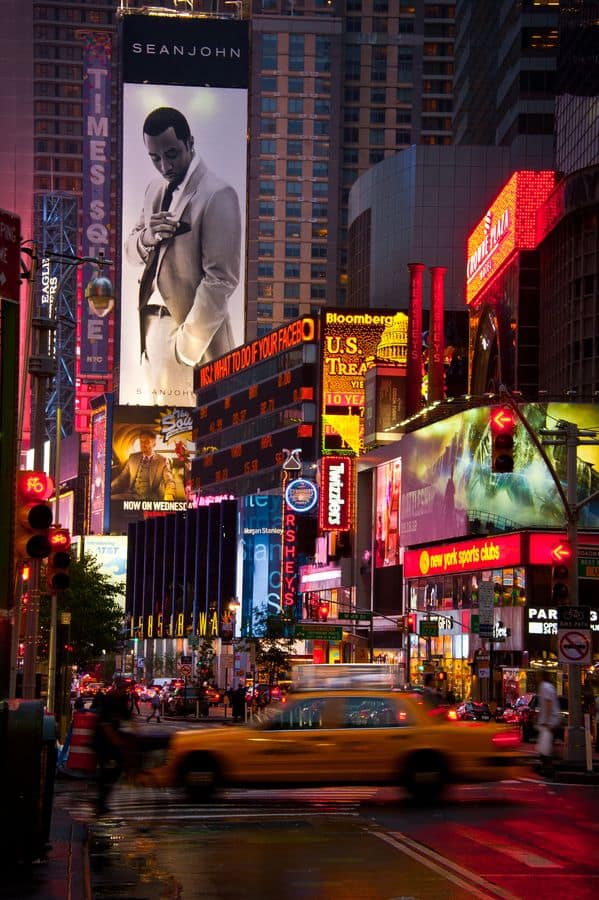 Radio city music hall or ‘the showplace of the nation’ is an entertainment venue located in Rockefeller center, New York.

Lady Liberty, one of the most popular tourist attraction in New York, as the statue is otherwise called was given to America as a gift from France to symbolize their friendship and was dedicated in 1886.

Made of bronze, this sculpted landmark is also called the Bowling Green Bull and has been in this residence since 1989, two years after the crash of the stock market. It was made to symbolize the ‘strength and power of the American people’ and financial optimism and prosperity. 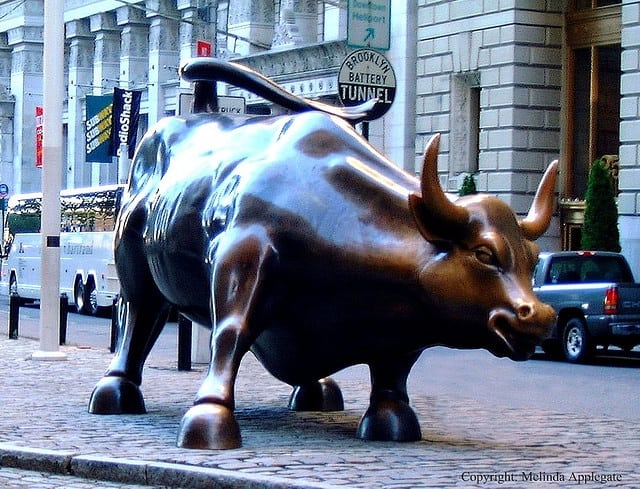 Chinatown is the largest known enclave of Chinese people in the western hemisphere with numerous successful businesses, apartment buildings and more than 200 restaurants. 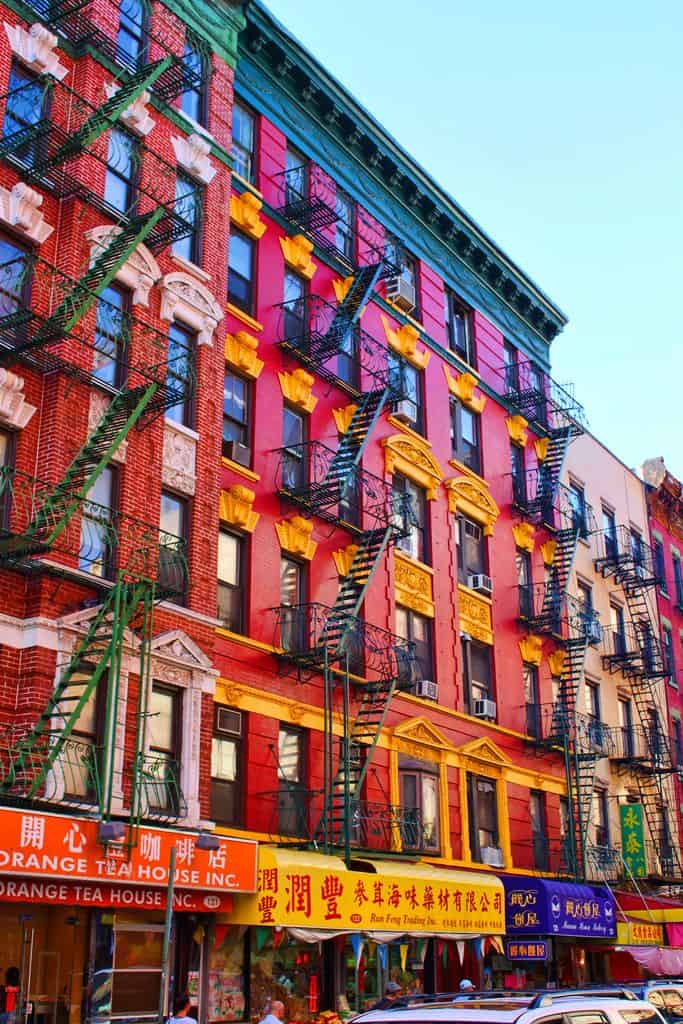 #9 The plaza hotel is located midtown Manhattan in New York

This building is over a century old and has the outer appearance of a castle but is a 20 story luxury hotel that sits opposite central park. 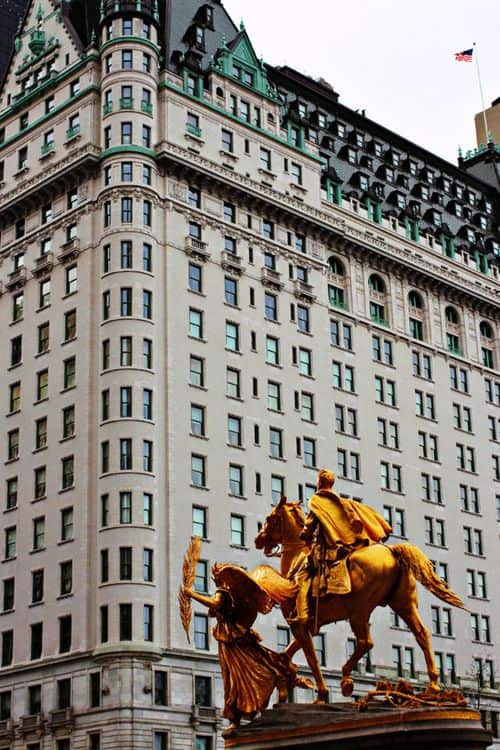 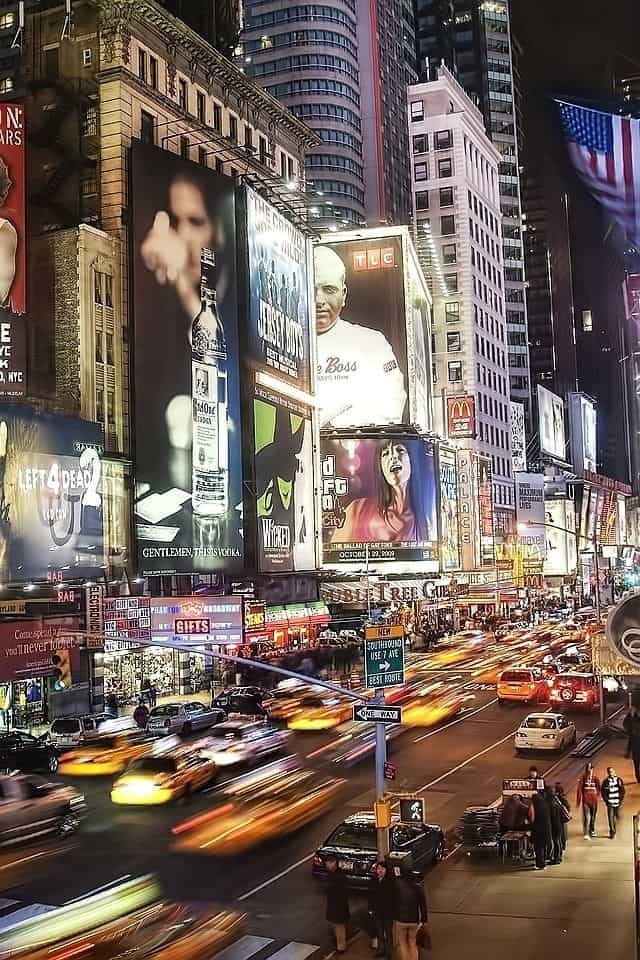 This bridge connects the two boroughs of Brooklyn and Manhattan and was open in 1883 with the full length of 5,989ft. 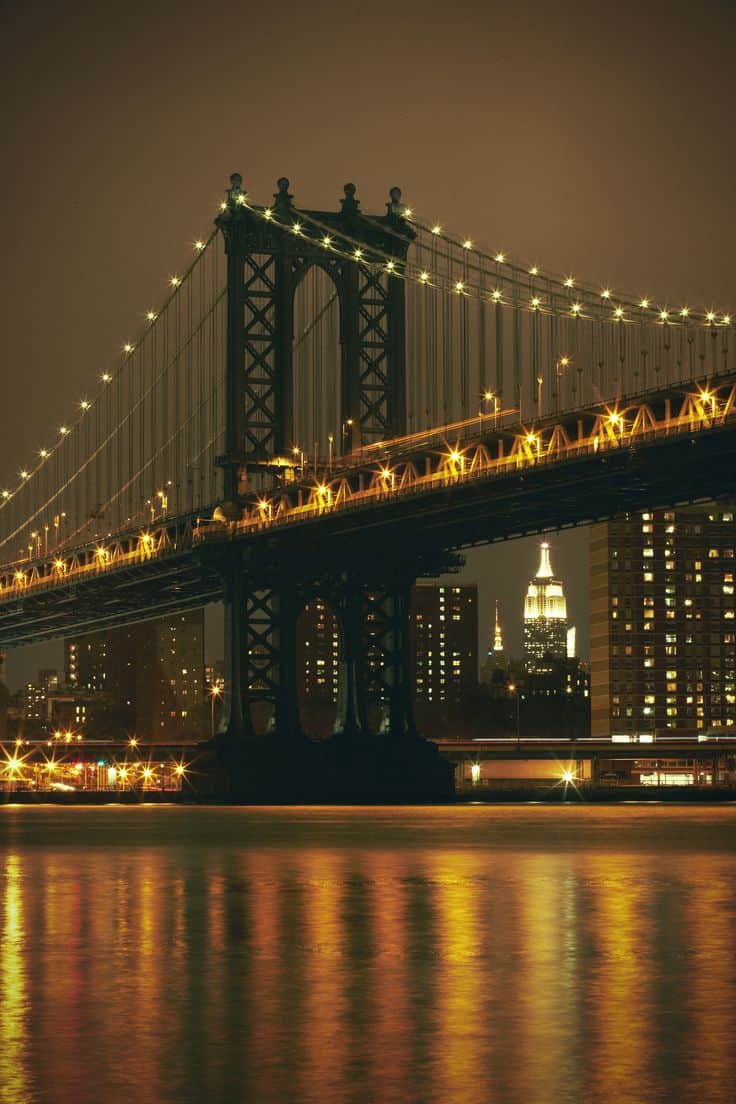 Otherwise known as the ‘Met’, the Metropolitan Art Museum is the largest and most visited art museum in the United States holding over two million collection of art and was established in 1870. 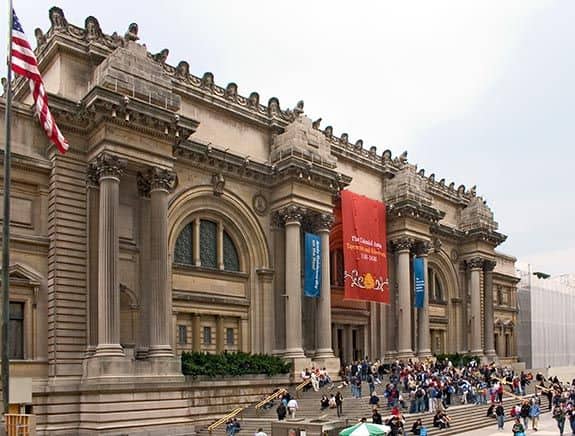 #13 The Broadway Theater located on Broadway

The Theater was constructed in 1924 and was renamed Broadway because of its venue. It has a capacity to hold way over 1000 individuals and has been rebuilt twice since it was open. The theater is an entertainment building that has become home to many famous Hollywood celebrities because it displays the most notable musical productions and motion pictures. 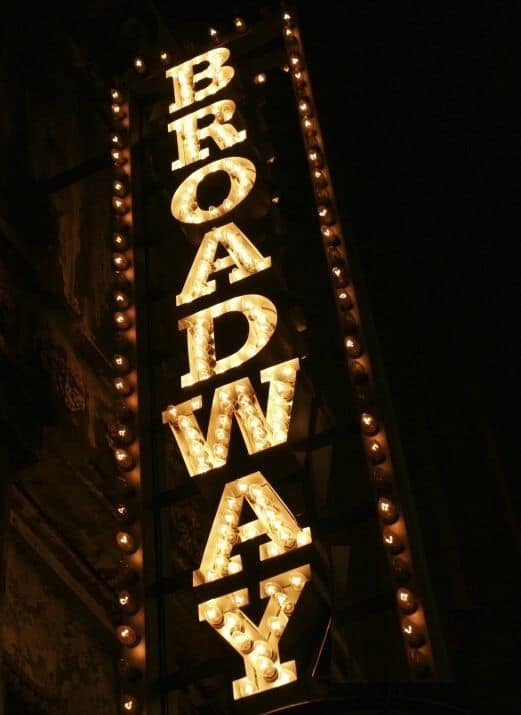 Known as the best Irish pub in New York city, the Dubliner  has a menu of only beer and pub grub. 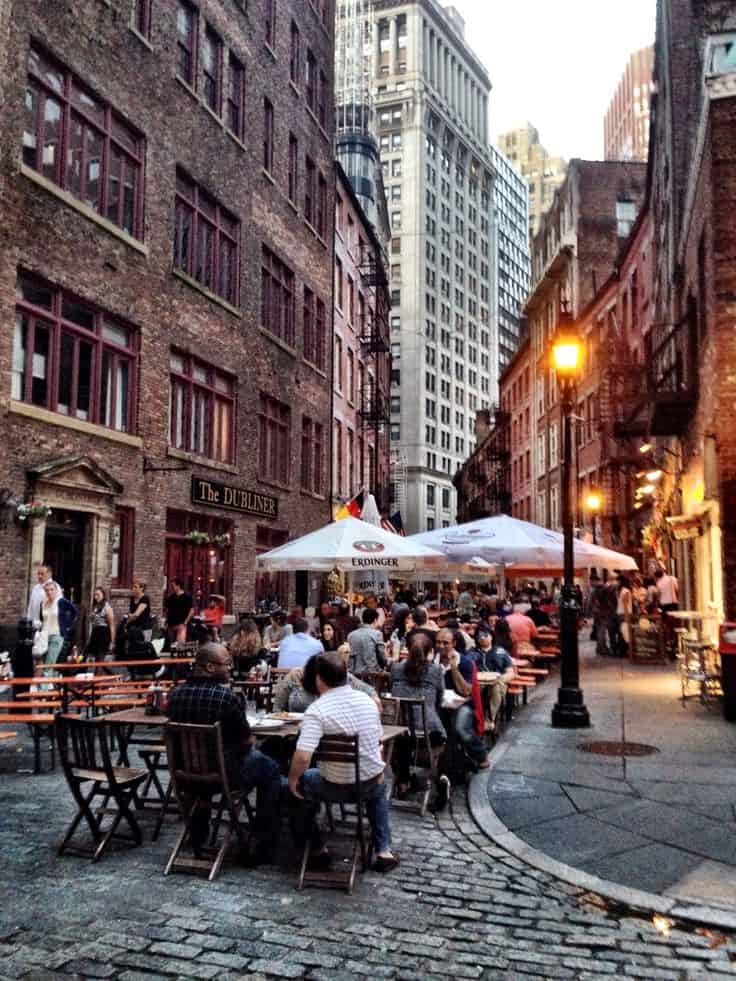 This is the new skyscraper which replaces the formerly known World trade center Twin Towers and also the tallest building in New York. 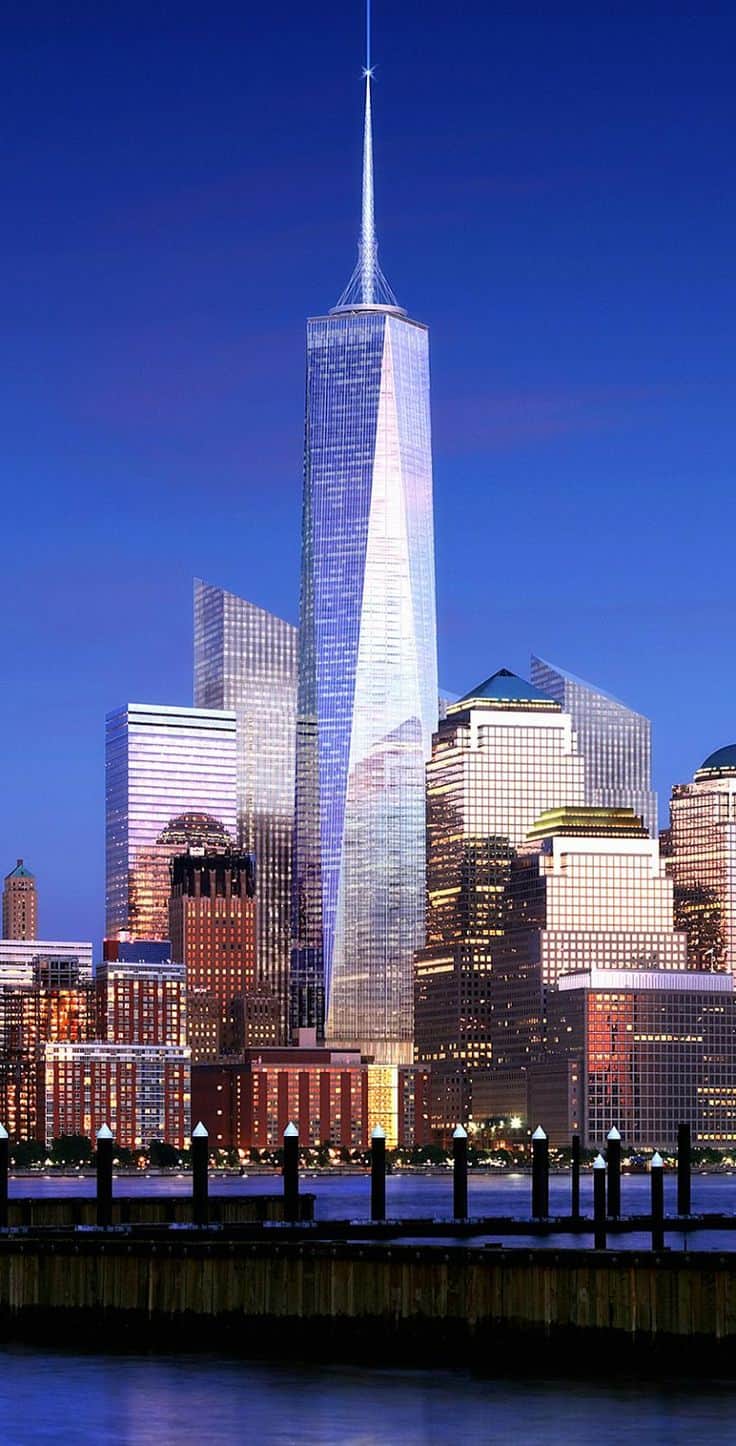 Tourists who come to gaze upon the Statue of Liberty or visit Battery park enjoy their ride on this ferry boat. 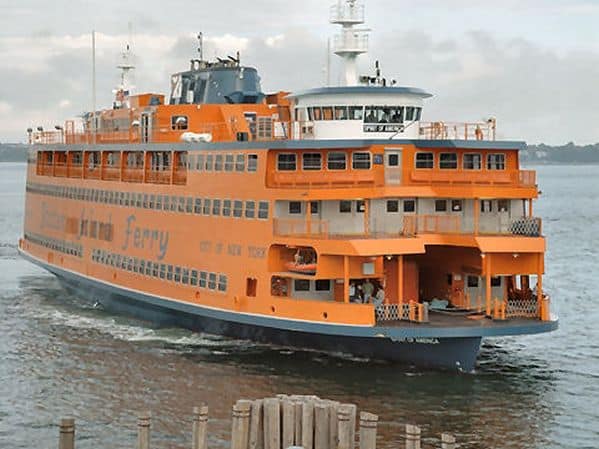 #17 The Yankee stadium located in Bronx

This famous ballpark is home to the New York Yankees major league baseball and soccer and can hold over 49000 people. 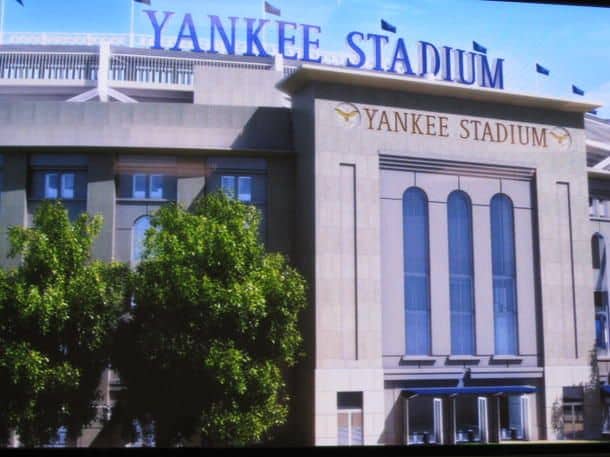 #18 The famous Madison Square Garden is a multi-purpose arena 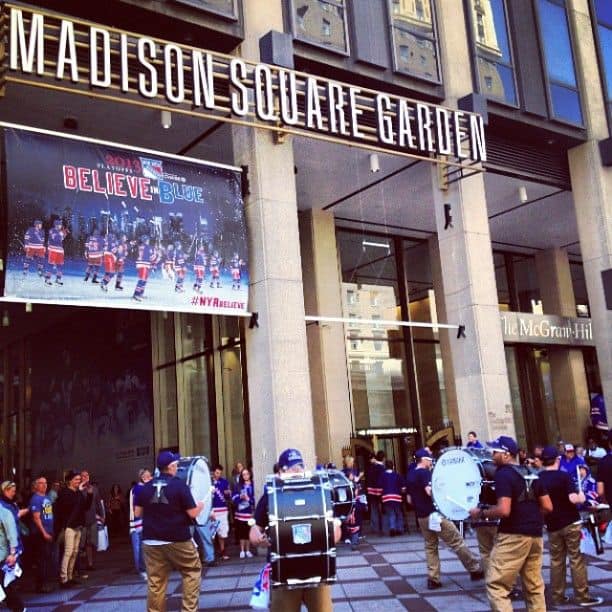 If it’s one thing New Yorker’s love it’s their hot dogs, pretzels and pizzas which is why whenever people visit the city, it would be deemed a sad moment to leave without getting a taste of either one of these mentioned foods. While Americans altogether are known for their passionate craving of pizza, the city streets of New York tell visitors something about its residence and their love of hot dog. To not partake in the purchasing of this delicay, would be to forfeit oneself from experiencing the true culture and spirit of New York. 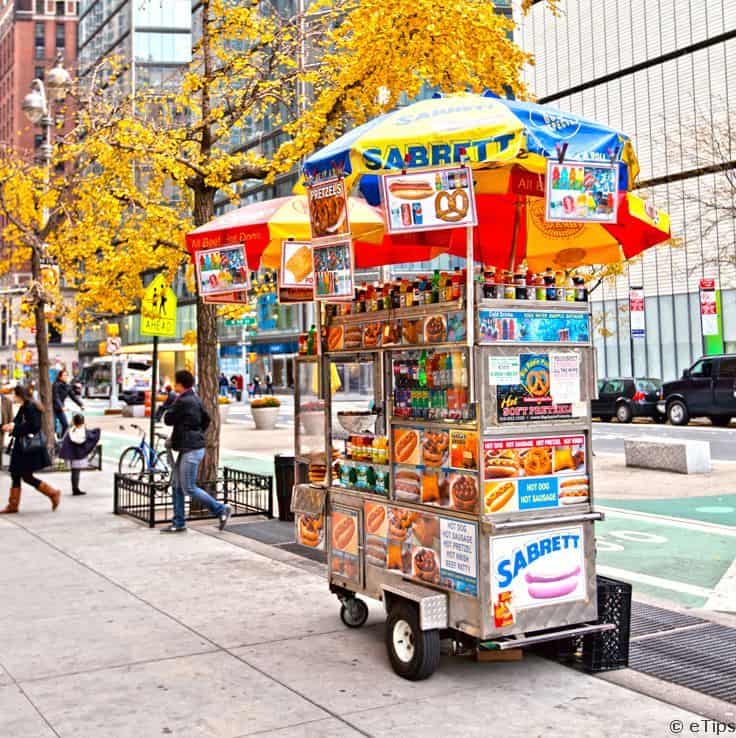 It is this day to day hustle and bustle of countless taxi cabs driven mainly by immigrants looking to make a living, along the numerous extended streets that manifests them self as to what the true spirit of New York is really about. 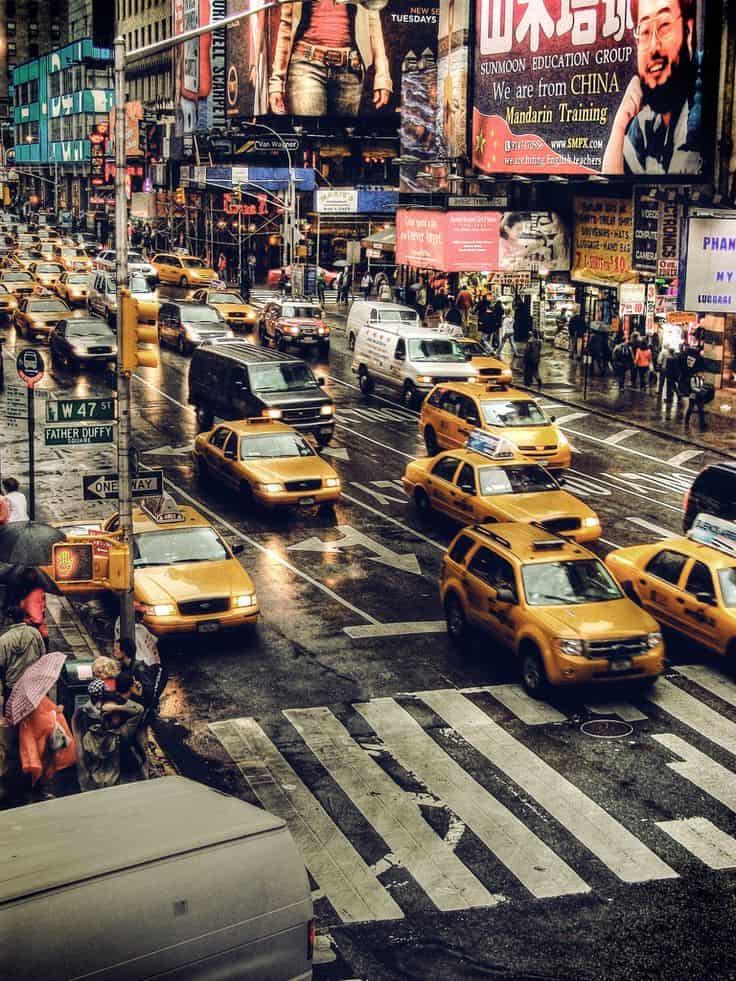 Since Central park was open in 1857 it has been one of the most filmed and visited places in the world and it’s an urban area in Manhattan, New York. 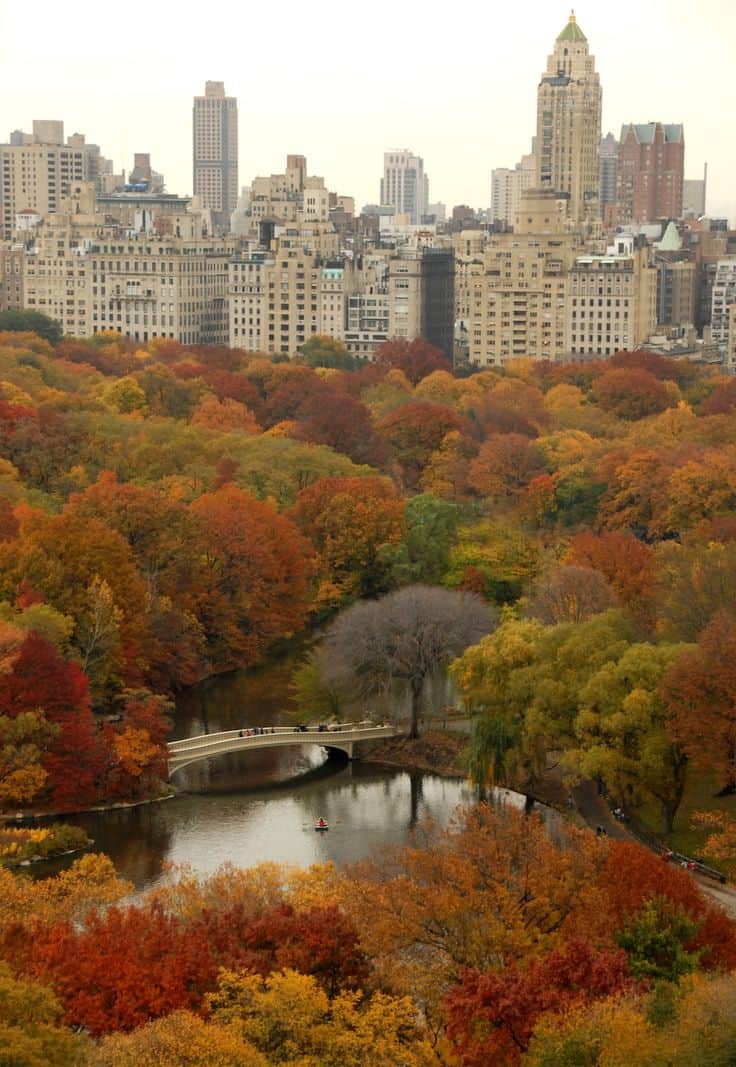 #22 Columbus Circle is a heavily trafficked area in Manhattan

This Circle was named after Christopher Columbus and was built in 1905 and reconstructed 100 years later. 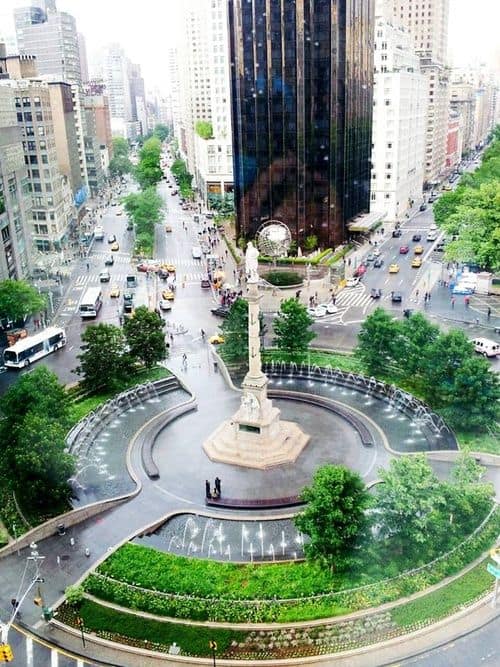 This small Zoo is located in New York city and was renovated and reopen in 1984. 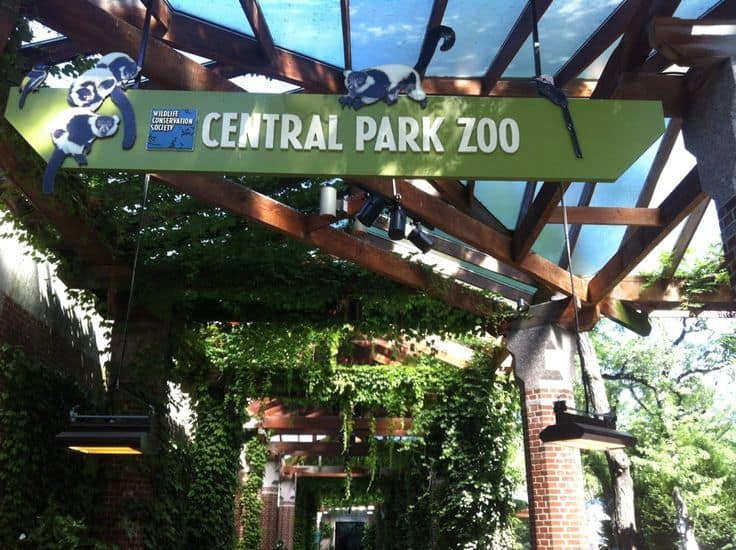 This historic train station was open in 1871 and sits on 42nd street mid-town Manhattan, New York. 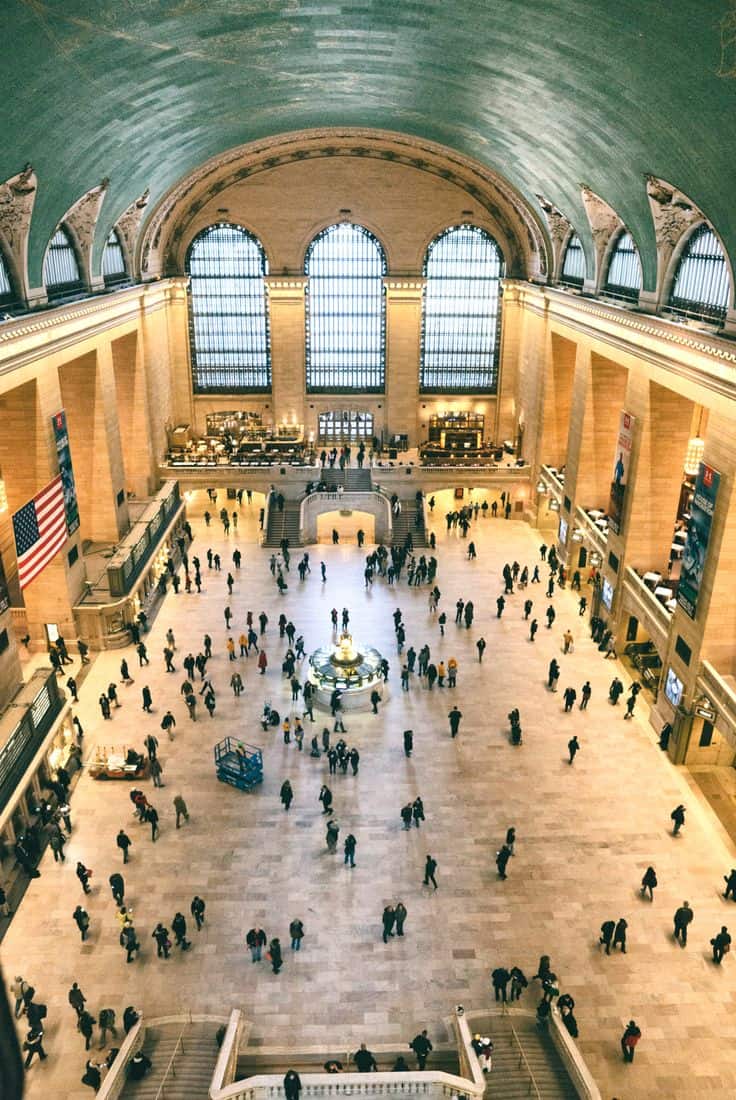 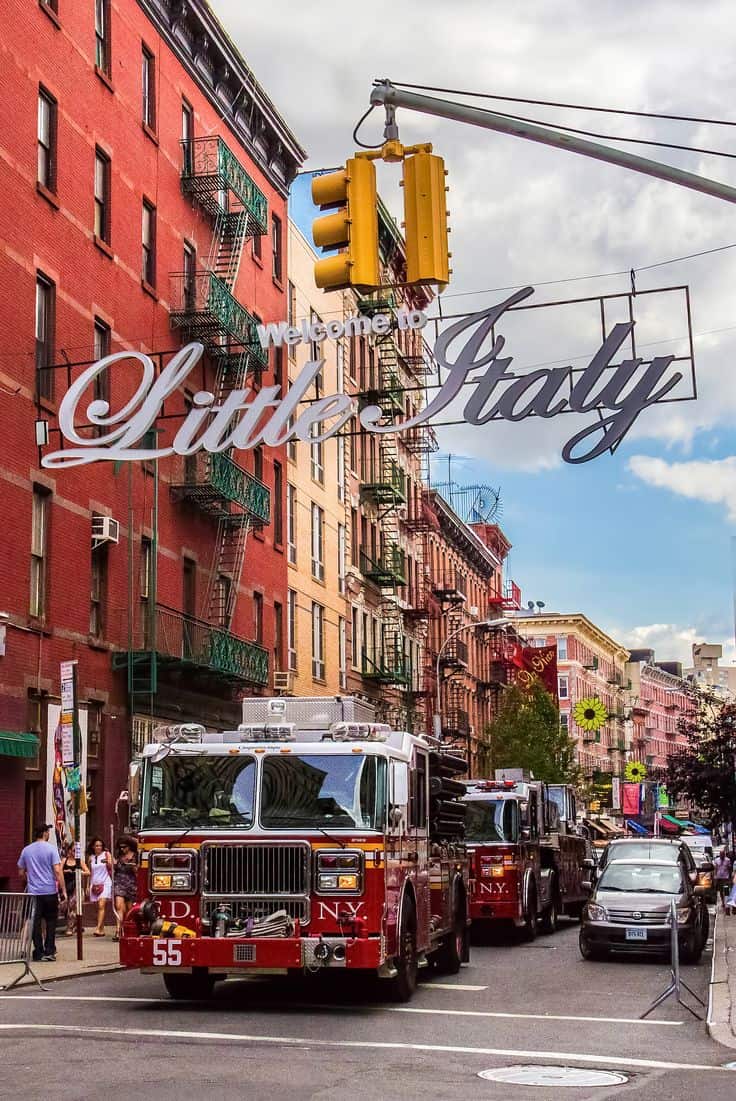 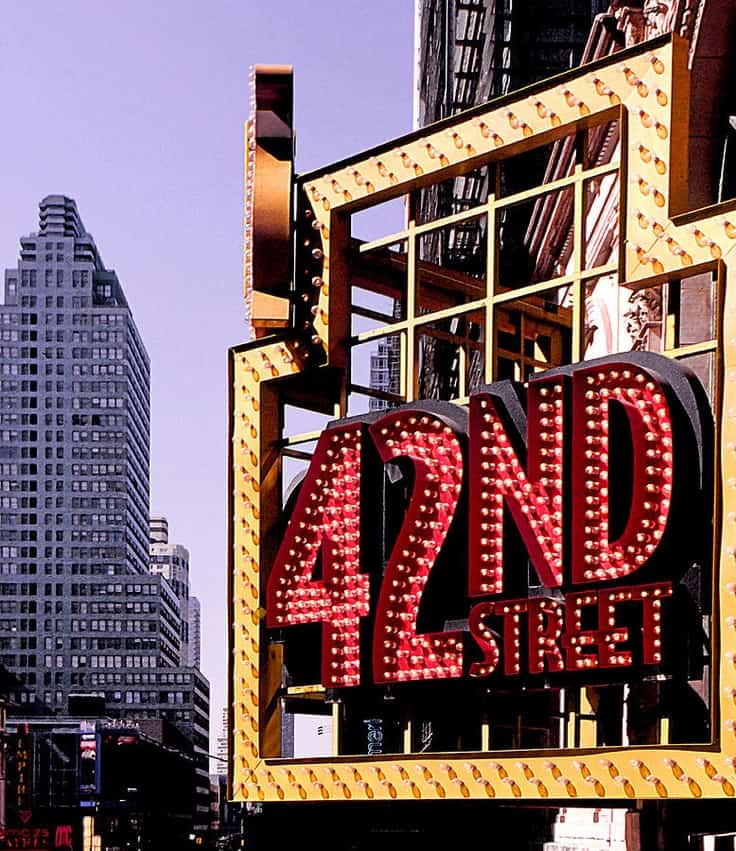 The museum was open in 1869 and has at least 5 million visitors per year and displays over 32 million species of plants, animals, fossils, rocks. 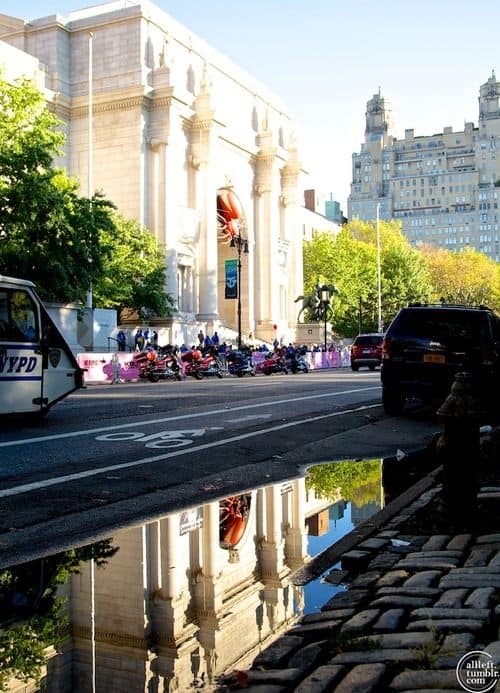 #28 The Empire State Building is a 102 story skyscraper

The Empire State building, the second tallest skyscraper in New York, was open in 1931 by then President Herbert Hoover, with 73 elevators and a lighting rod at its top. 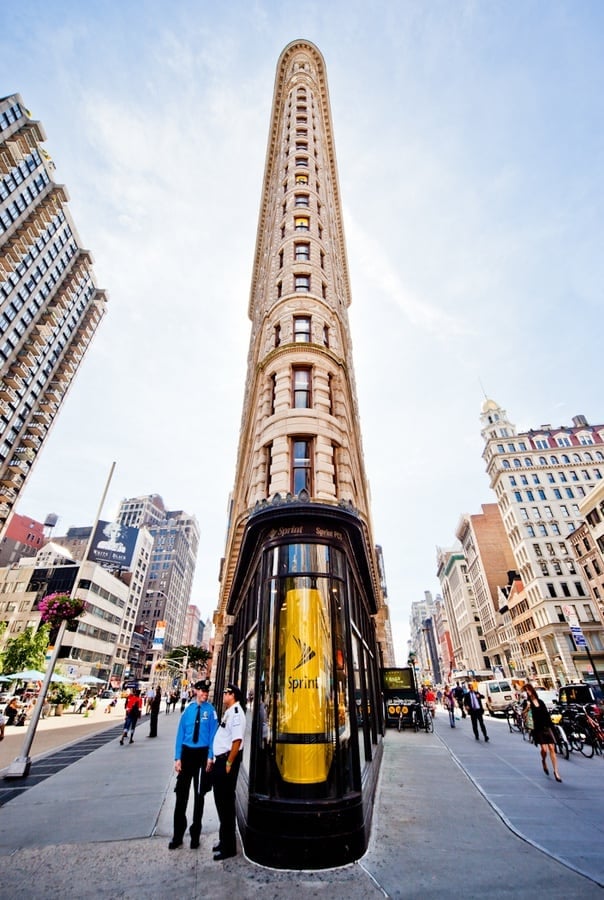 These 30 famous landmarks that capture the true spirit of New York city have proven this state is all that many hype it up to be, the city that never sleeps. 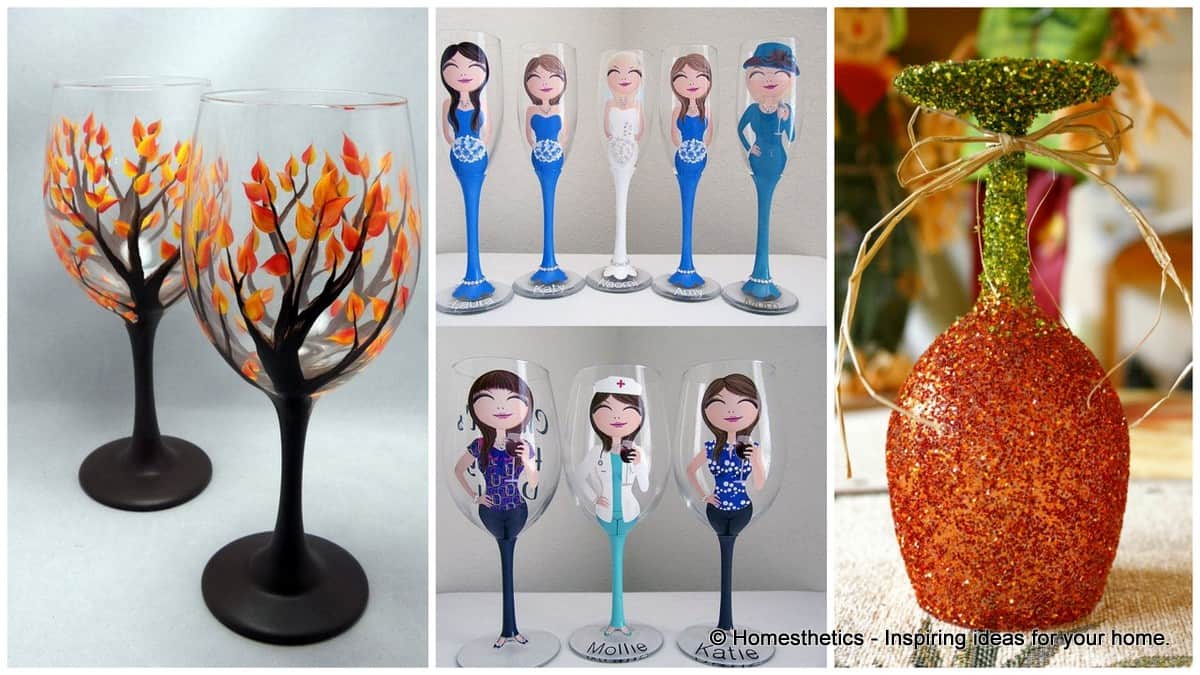