What Are Colored Pencils Made Of? | All You Need To Know 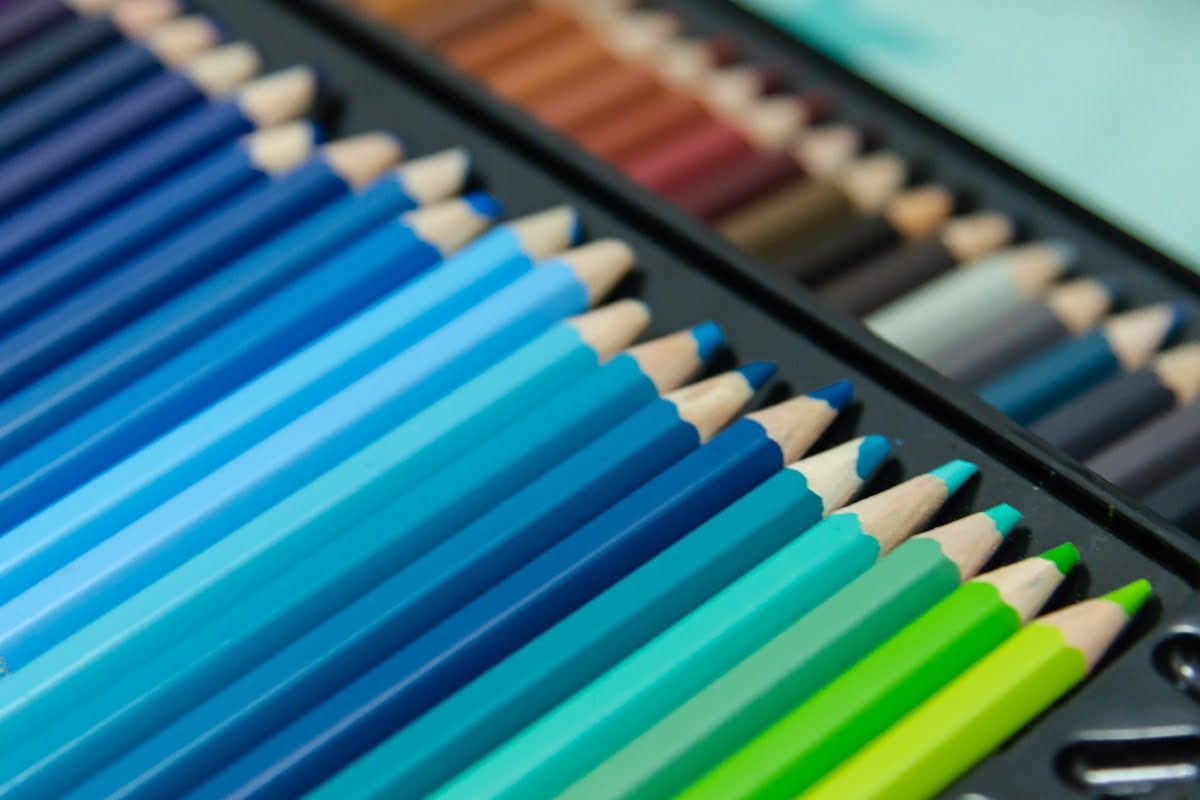 As with other coloring mediums, finding the best colored pencils can often be a complicated task.

This is not only because of the wide range of options from different manufacturers but because of the difference in their construction. What may surprise many people is that colored pencils do not contain lead, unlike regular ones.

Instead, they generally include pigments, binders, and other substances, which directly affect their quality and the user experience. And since these pencils cater to both professional artists and hobbyists, you can find extremely pricey as well as economical options on the market.

Finding the right one, however, requires some knowledge about how they are made and what materials are used for the process. And in this guide, we’ll be sharing this information so that it becomes easy to select the most suitable option and eliminate hassles.

So, without further ado, let’s get started! 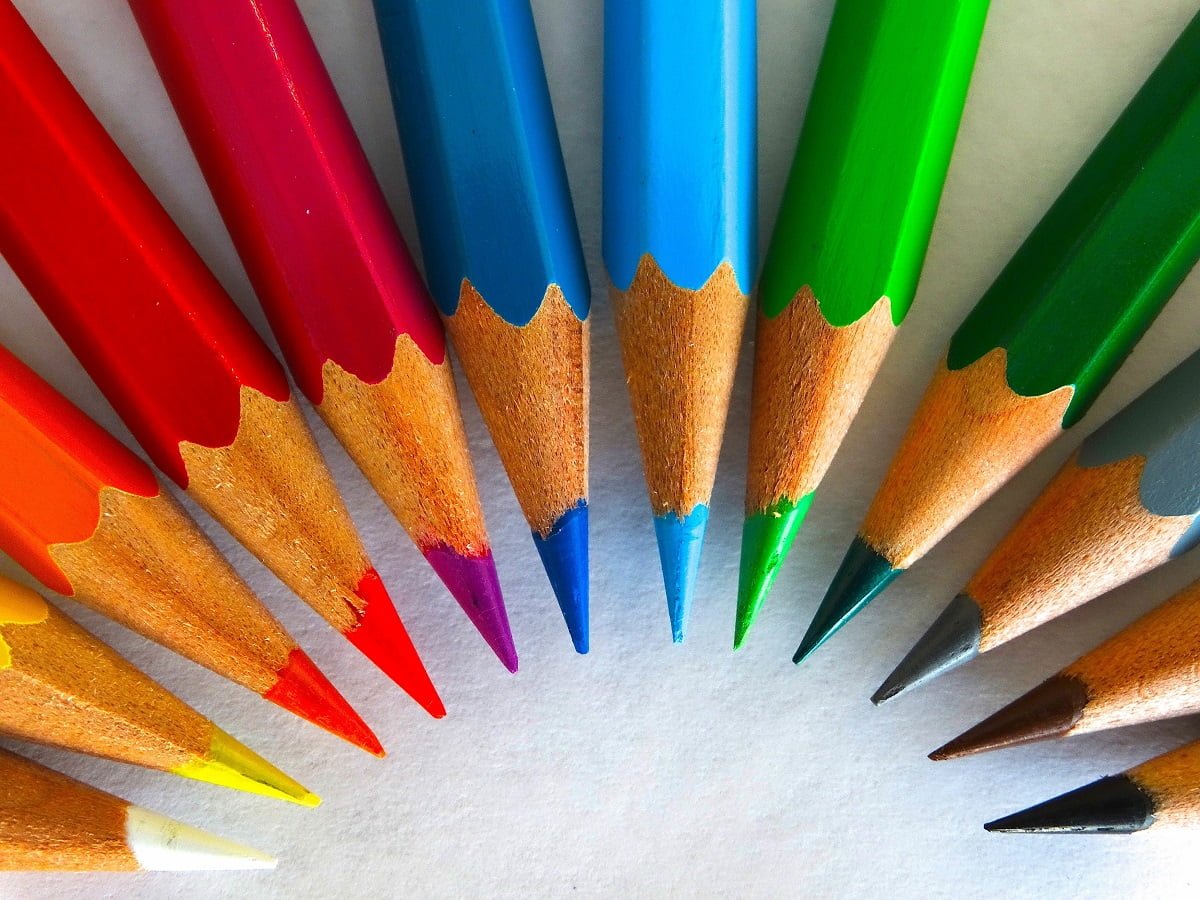 The first use of wax-based mediums for art was during the Golden Age of ancient Greece, as recorded by Pliny the Elder. And while wax and oil-based colored pencils for artistic purposes came into being during the 20th century, such pencils were already in use for marking and checking much before that.

A colored pencil or pencil crayon generally contains a core of pigment in a wood casing, with the pigment being either oil or wax based. The first companies that started manufacturing colored pencils included Faber-Castell, Caran d’Ache, and Berol Prismacolor.

Over time, the popularity of such pencils kept increasing and reached its peak during the 1990s, leading to the establishment of the Colored Pencil Society of America (CPSA). This organization promotes the use of colored pencils and also sets the standards for lightfastness. Other similar organizations are present in countries like the UK, Canada, and Australia.

And even though many artists prefer using other mediums like paint over colored pencils, the range of such pencils available has never been greater. This is mainly due to the variation in the quality and quantity of the materials used to manufacture them.

Traditionally, the casing of a colored pencil used to be made from wood that has been hollowed out from the inside, making space for the core. However, in recent times, woodless colored pencils are becoming more popular, which use sustainable sources for the barrel. More and more companies are shifting to such materials instead of using regular wood.

The pigments present in colored pencils determine their quality and performance and can vary widely among brands. Also, there can be a lot of differences in colors depending on the pigment used. That is why it is the main factor that separates costly high-end options from low-cost ones. High-quality pigments are present in expensive options and result in more vibrant colors.

Also, a single pigment can result in multiple colors, and pure pigments provide brighter, more vivid colors than others. For artists, such information comes in handy as it can help find colored pencils containing the same pigments and also makes it easy to combine appropriate colors.

Reputable brands that professional artists choose, such as Caran d’Ache, usually provide information regarding the pigments used and their lightfastness rating.

Some pigments fade faster than others, and the standard lightfastness ratings are:

Lightfastness can also be determined using the blue wool scale, but most colored pencil brands on the market do not follow these guidelines.

Binders, also known as resins, are responsible for keeping the pigments in place after they are combined together. They ensure that the pigment is distributed evenly along the core of the pencils. Manufacturers can use different types of binders, such as paraffin wax, oil compounds, gum arabic, and others.

The type of binder used in a colored pencil determines its performance when the pigment interacts with the paper.

Extenders are used along with binders and help make sure that the core has a firm, solid structure. Whether a colored pencil feels rigid or soft depends on the extenders used. Also, a greater amount of extenders can reduce the pigment and binder required, helping lower the price of the pencils.

Apart from having a core that is not made from graphite, colored pencils have some other features that distinguish them from lead ones.

In most cases, these pencils are highly resistant to water and hence do not smudge easily, unlike graphite pencils. They also offer greater control and precision, making them easier to work with, and can be easily damaged by light and heat, thus requiring greater care. 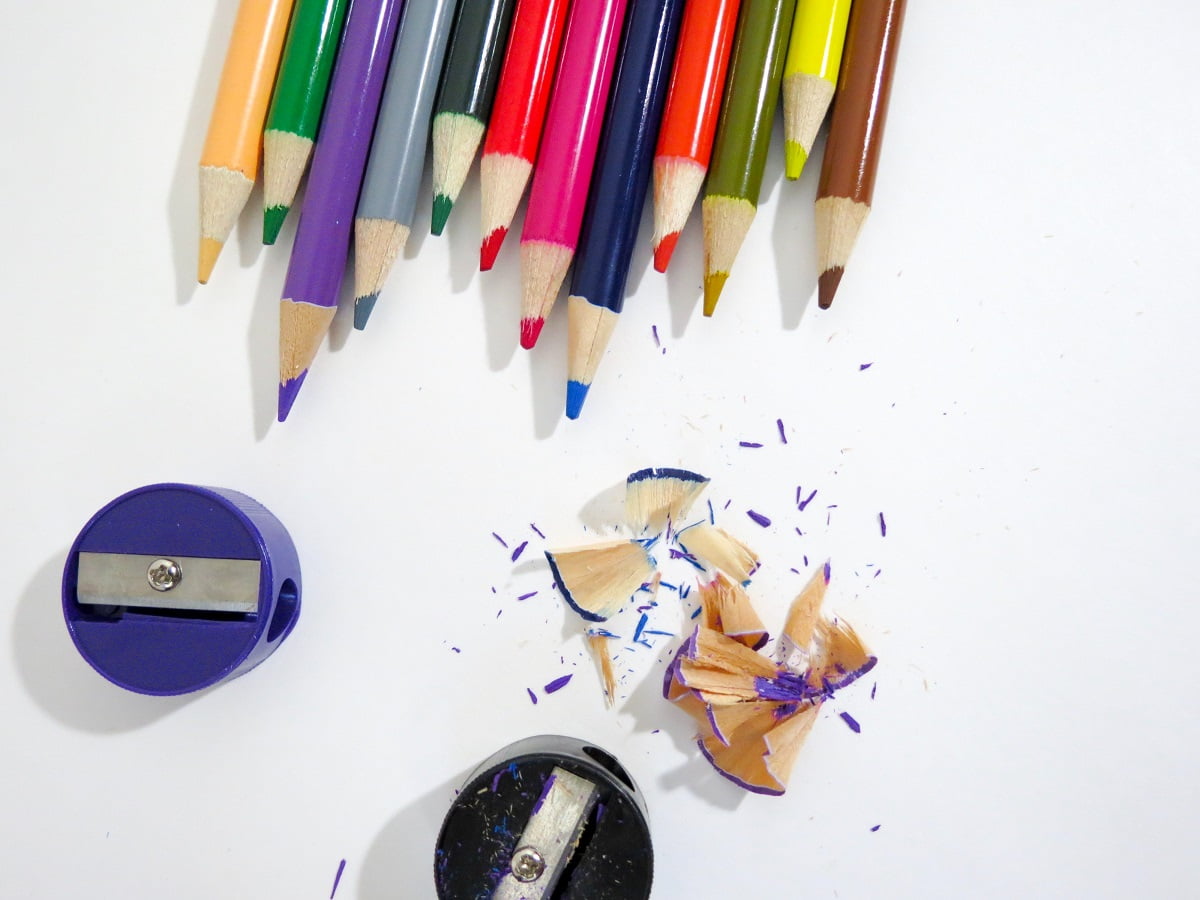 Unlike regular lead-based pencils, colored ones do not contain any graphite but can still be divided into different grades. The main grades of colored pencils include:

Artist-grade colored pencils are higher quality pencils with well-pigmented colors, which makes them more vibrant and resistant to UV rays. They also have a wider color range and tend to be more durable. Artist-grade pencils are also resistant to water and are available as individual pencils or in sets.

Student-grade colored pencils are generally inferior to artist-grade ones since they are generally meant for classroom or informal use. However, that does not mean that they are of poor quality and can deliver great performance for hobbyists and students while also being more affordable.

These pencils also do not have a lightfastness rating and have a color range limited to 36 or 24 colors. However, due to lower quality pigments used in such pencils, you can even get erasable colored pencils which can be great for beginners.

Watercolor pencils or water-soluble pencils come with pigments that can dissolve in water and are usually used to create a watercolor effect. But they can also be used like regular colored pencils without water.

Like hard pastels, pastel pencils can be used separately or with various mediums and may be wet, dry, or blended. The main use of pastel pencils is for creating rough sketches or for details.

Besides the various grades of colored pencils, there are some subsets based upon their construction, which include:

Wax-based colored pencils are one of the most popular types and are so named because they have a core made from wax. These pencils help create a smoother, slicker appearance and are most commonly used by artists for blending. It is also possible to layer different colors easily using such pencils.

The feature that makes wax-based colored pencils a favorite choice for many is that they can easily be used with solvents. This helps dissolve the pigment onto the paper very effectively and makes the pencils easy to work with. Artists generally use solvents like xylene or baby oil with colored pencils.

Some blending pens are also made using xylene, which counteracts the paraffin wax used in colored pencils and is generally a better choice leading to cleaner artwork. The only downside to using such pencils is the high possibility of wax blooms, which happens when the wax starts to oxidize over time.

Fortunately, dealing with this problem is easy and only requires wiping your artwork with a clean, dry cloth. And to prevent it from happening again, simply seal off the drawing which will block the surface from interacting with air.

Oil-based colored pencils are less common than wax-based ones, and very few brands offer them. That said, these pencils can provide more vivid colors and a softer, smoother appearance than waxed-based ones. They also need solvents, such as turpentine or mineral spirits, to dissolve properly.

When using oil-based pencils, it is best to avoid xylene or baby oil, as these can spoil the paper and your artwork.

If you’re wondering how to use color pencils, here are some common techniques to try out.

Generally used during the initial stages of coloring, layering can be used to provide finishing touches. Several primary colors are used in multiple layers to build up different tones, which provides the completed artwork with a grainy, textured appearance.

Burnishing is generally used on a drawing that has already been colored and requires the application of a light-colored pencil or colorless blender. It results in a shiny surface since the colors get deeply embedded into the grain.

This technique involves placing a rough paper underneath the artwork and rubbing the drawing with a smooth object to create textures. It is followed by drawing on these textures to complete the artwork.

Scoring patterns is a technique used for creating highlights by using a sharp pen and transparent or tracing paper. Place the tracing paper over the section of the drawing to be impressed and create the desired pattern or line over it.

Similar to blending, this technique combines the color pigments with a colorless blender, solvents, or both. It can also be done by combining all the colors into a single one.

What Are Colored Pencils Made Of Frequently Asked Questions ?

Is it possible to create colored pencils using DIY techniques?

Manufacturing colored pencils is a highly specialized process involving combining pigments, binders, and extenders together and placing them into molds. It requires a lot of tools and training and hence cannot be accomplished using DIY methods.

Can colored pencil marks be erased?

If you’re wondering how to erase colored pencil marks, the first thing to remember is that not all colored pencil markings can be erased. Only those made using erasable pencils allow doing that since they use pigment that can easily be removed from the paper.

So, make sure to get such pencils if that is an important requirement.

How long do colored pencils last?

While the lifespan of colored pencils depends upon factors like their quality and how they are stored, in most cases, they last from two to five years easily. And when stored properly in a dark and cool place, they can last for as long as ten years. 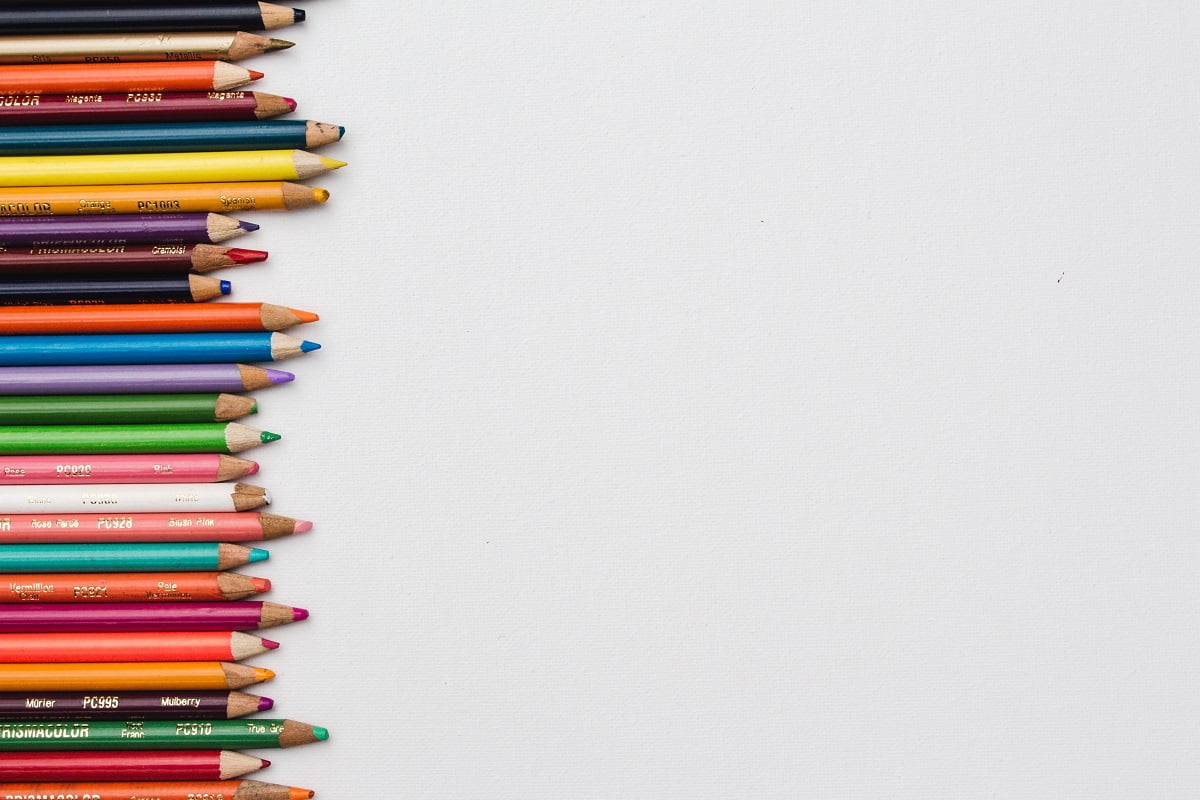 What Are Colored Pencils Made Of Final Thoughts

Whether you’re a professional artist or a hobbyist who loves to draw, knowing about the tools used can greatly impact your experience and the quality of the work.

And in the case of mediums like colored pencils, this becomes even more important as there are lots of poor-quality options on the market. Now that you know what colored pencils are made of, finding the most suitable options should be easier.

Just make sure to consider various factors such as lightfastness and erasability and your personal requirements before making a choice. Doing so will ensure that you end up with the option most suitable.

With that said, it is time to conclude this guide. Until next time! 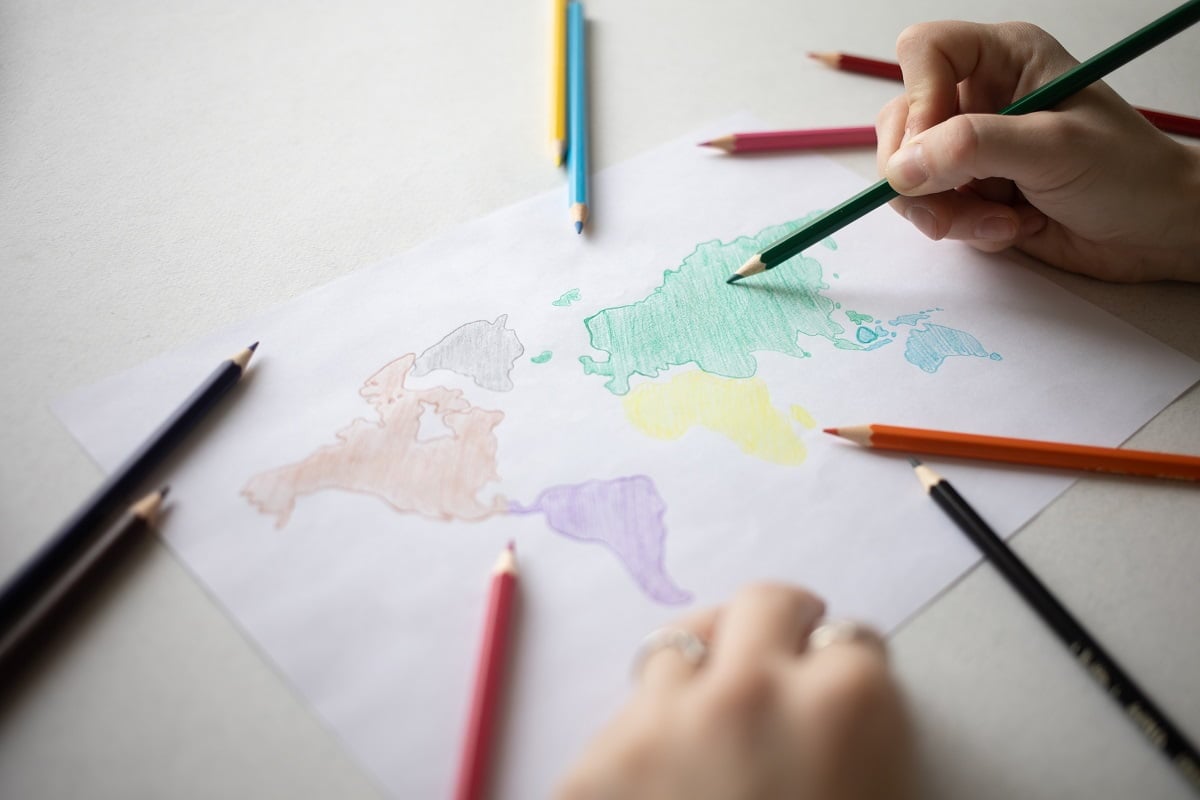 How To Erase Colored Pencil | All You Need To Know 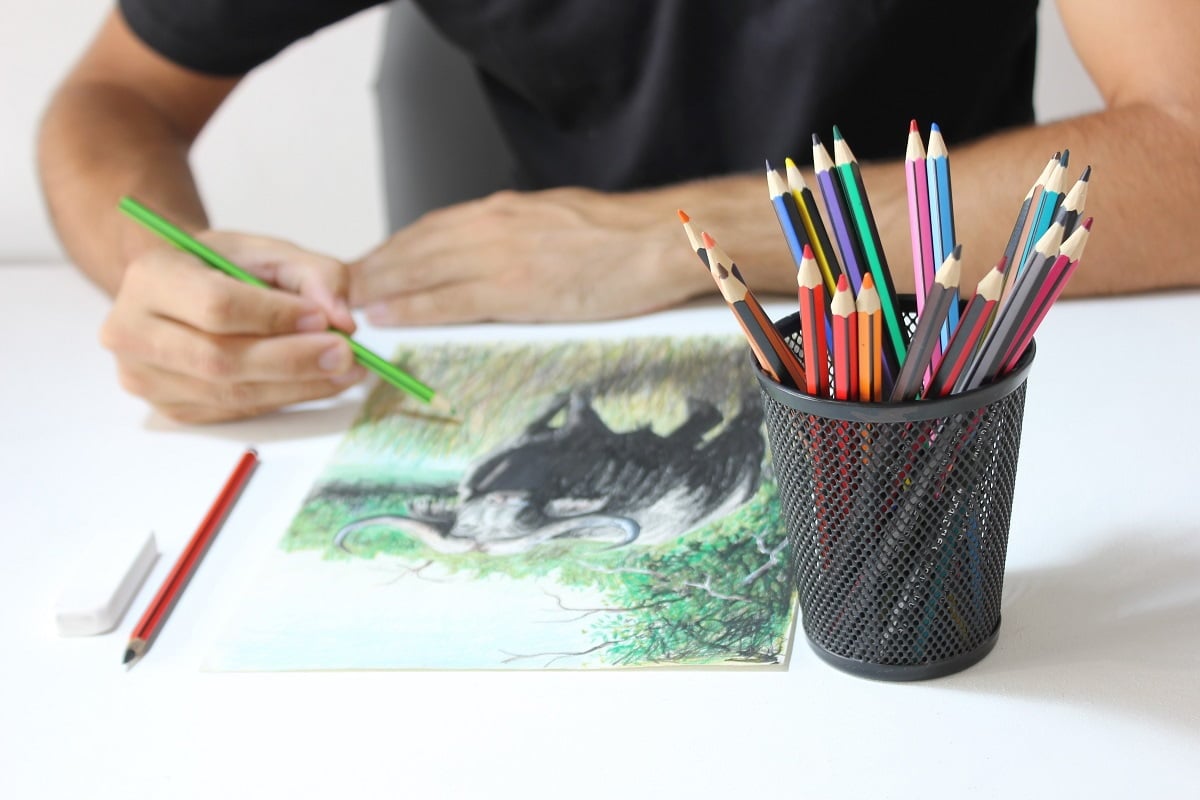 Can You Use Colored Pencils On Canvas | Things You Should Know