Do Ceiling Fans Use a Lot of Electricity? [No, Not Really] 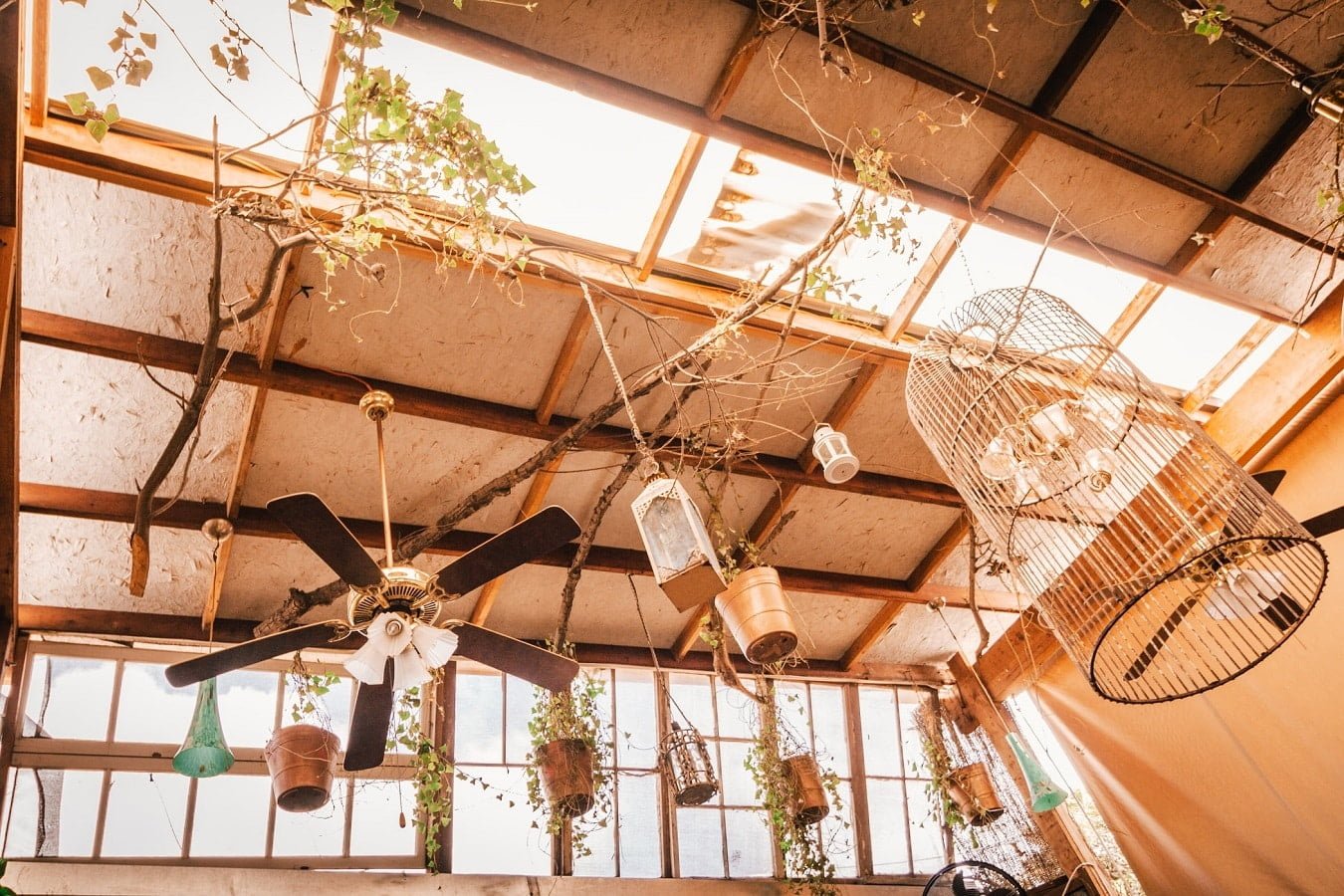 Looking for an energy-efficient and cost-effective way to keep cool during the warmer months? Go ahead and install a ceiling fan.

However, there’s a common misconception about the energy consumption of ceiling fans. Do they use a lot of electricity? Well, here’s a hint – not really!

Although some models use more energy than others, they still consume relatively less electricity than coolers and air conditioners. That’s why they’re commonly used by most individuals to enjoy the indulgence of a cool breeze comforting their skin.

Still not convinced? Not a problem; we’re here to provide all the required information on the topic.

Through this guide, we’ll not just discuss how much electricity ceiling fans consume, but we’ll also explain the factors that determine their power consumption. Furthermore, you’ll be gaining valuable insight into the key differences between using an air conditioner and a fan.

So, without further ado, let’s get going!

Do Ceiling Fans Use a Lot of Electricity? 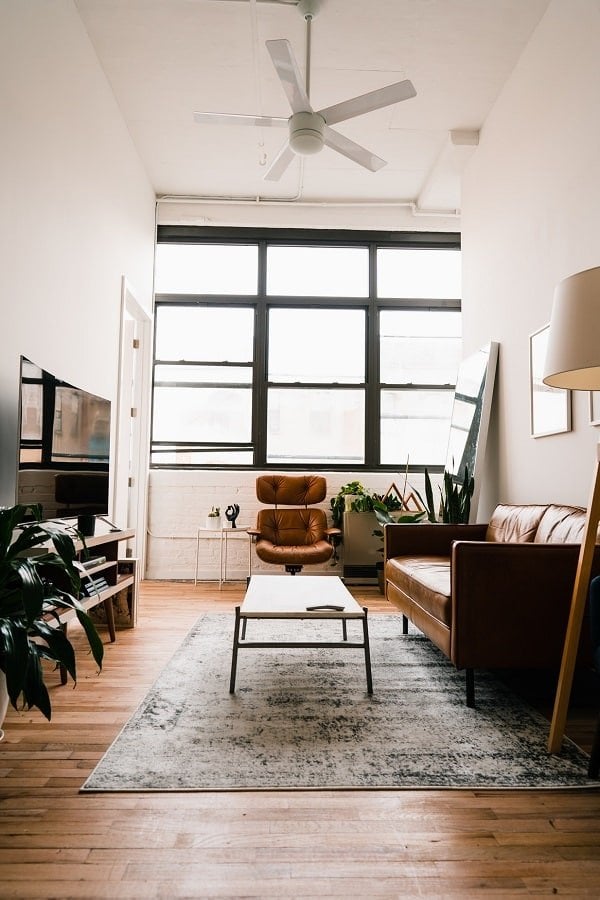 There’s no point in beating around the bush, so let’s get straight to answering the primary question, which forms the basis of this guide – do ceiling fans consume a ton of electricity? No, they don’t!

Ideally, most ceiling fans run at 50-80 watts while costing you around $0.006-$0.01 per hour at $0.12 per kWh. However, the cost of running a ceiling fan largely depends on its speed, how long you use it, and if you’re using lights with it or not.

How Much Electricity Do Ceiling Fans Use?

Now that you know that ceiling fans don’t really consume much energy, we’re sure you’ll be interested in learning how much electricity they actually use. There’s a simple formula for this, but you’ll need to know how many watts your fan requires to operate.

Those with a new fan can easily find its wattage listed on the box it came in. For an older fan, you might be lucky enough to find its user manual lying somewhere around the house. If not, it’s better that you go online to look up the manufacturer and model.

Once you know the wattage, simply multiply the number of watts needed to power the fan with the price per kWh electricity charged by your utility company. Let’s take an example to further our understanding related to this.

For instance, your ceiling fan requires 60 watts to run, while you pay your utility company $0.12 per kWh for electricity. The following calculations will help you determine the electricity usage of your ceiling and the total cost you’ll have to pay.

Therefore, your ceiling fan will cost you $0.007 for one hour of electricity usage.

Now, suppose you use your fan on an average of 6 hours per day; a single day’s electricity consumption by the fan will be: 60 W x 6 hours = 360 Wh

You can also easily calculate how much you’ll be charged by your utility company for one day’s electricity consumption. Simply multiply the cost per hour by the average number of hours you use the fan, i.e., 6 hours (as per the example).

Taking the average electricity consumption of your ceiling fan as 360 Wh per day, the total electricity usage for the month will be: 360 x 30 = 10800

Finally, we’ll calculate the total amount you’ll be charged for using your fan for a month. For this, you need to multiply the total energy consumption for the month by the price you pay per kilowatt, i.e., 10.8 x $0.12 = $1.3.

To sum up, your ceiling fan will cost you $1.3 per month and $1.3 x 12 = $15.6 for the entire year. So, you can well imagine how cost-effective and energy-efficient these appliances are. 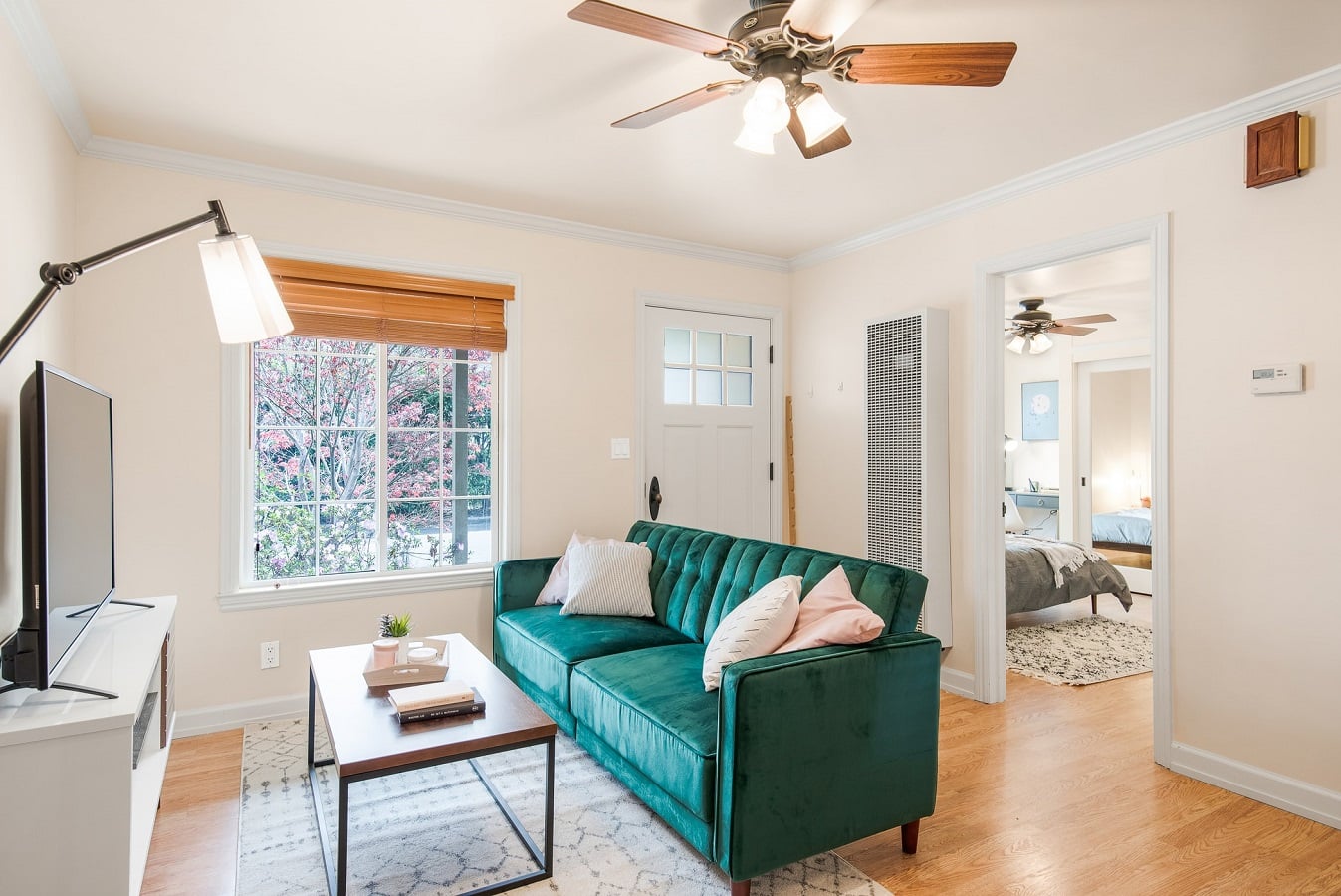 Factors That Determine The Electricity Consumption Of Your Ceiling Fan

As mentioned earlier, the electricity consumption and cost of running a ceiling fan may vary depending on a few factors. In this section, we’ll be briefly highlighting these points to create a better understanding. You may also consider these key factors as tips to help you save more energy and money.

It’s quite evident that the fan’s wattage plays a significant role in determining its total energy consumption. And depending on the manufacturer and model, the wattage may vary anywhere between 10 watts to 120 watts or more.

If you’re using an older ceiling fan, it’s time you replaced it with a newer Energy Star certified model. These fans have been designed to consume lesser units of electricity, making them more energy-efficient and cost-saving.

Even if you do plan on getting a fan with light fixtures, make sure you go for the ones that come with LED light bulbs. Being more energy-efficient, they tend to consume much less electricity compared to traditional incandescent light bulbs.

This is undoubtedly another crucial factor that determines the electricity consumption of your ceiling fan. It’s obvious that the more you use your fan in a day, the energy usage is bound to be higher. But even then, it won’t cost you an exorbitant amount to operate.

However, it’s always advisable to not waste energy or your money for that matter when you can save them. So, make sure you switch off the fan whenever you leave a room to reduce the total electricity consumption along with your expenses.

Ceiling Fans vs. Air Conditioners | Which Is Cheaper & More Energy-Efficient?

Before we talk about electricity consumption and the price differences between ceiling fans and air conditioners, we’d like to discuss their functions.

Now, ceiling fans are powered by electric motors, which help in rotating their blades while uniformly distributing air in the surrounding areas. And as the cool breeze touches your skin, the sweat of your body evaporates to cool you down.

On the other hand, air conditioners use chemicals to eliminate the heat from inside your room to the atmosphere outside. These chemicals convert from gas to liquid and then back to gas at a significantly faster rate to carry out the cooling process.

So, which one of the two appliances is more energy-efficient? Well, on average, a ceiling fan requires 10 to 120 watts of power to operate, while air conditioners need a wattage ranging from 750 to 3500 watts. Seeing the huge difference between the two, we’re sure the answer is self-explanatory.

Let’s discuss the costs further in detail now, shall we? Ideally, good ceiling fans would require 30 watts of power to operate. In comparison, any decent air conditioner would need around 1.2 kilowatts of power.

That said, using a 30 W fan for three hours will cost you only around 1 cent, while an air conditioner at 1.2 kilowatts per hour would cost around 14 cents. But even then, people still prefer using air conditioners, especially in warmer climates. 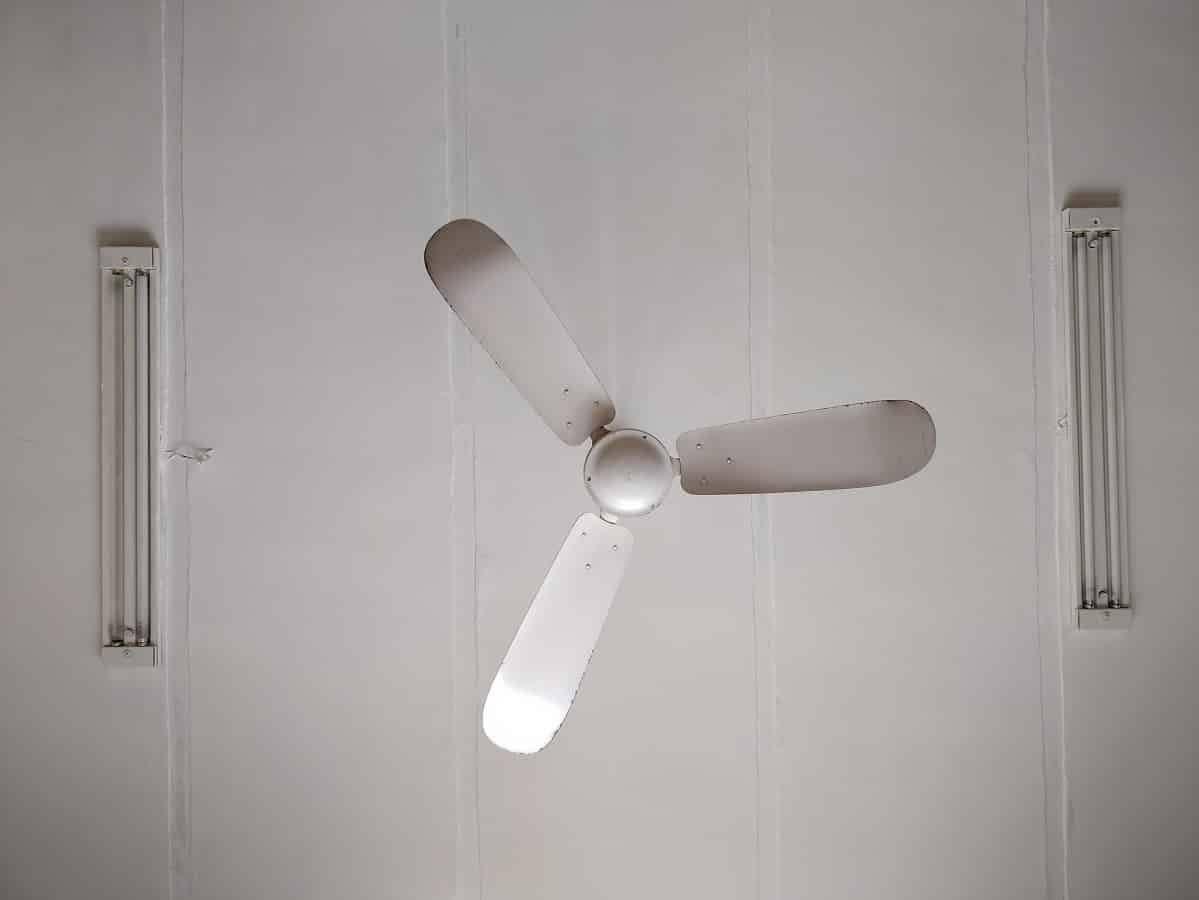 This is because ceiling fans fail to cool the room; instead, they only cool your skin, whereas air conditioners actually lower the temperature of the room. Therefore, keeping your fan running for an extended duration won’t alter the room temperature; it will simply waste electricity, especially when you’re not under the fan.

That’s why people often use the combination of a ceiling fan and air conditioner to cut down expenses on electricity bills.

To sum up, using an air conditioner is an efficient way of cooling your room; at the same time, ceiling fans are the cheapest to use. And to cool your room more efficiently, we’d suggest using a combination of both.

There’s no doubt that a ceiling fan helps provide cost-effective cooling! It requires minimum units of electricity to run, costing much less than any air conditioner. However, the ongoing debate on whether an AC unit is more energy-efficient than a fan shouldn’t be ignored.

Through this guide, we’ve tried to address these queries using practical examples and explanations. And we hope that you come across clear-enough reasons that answer the most important question, which forms the basis of this article.

On that note, we have reached the end of this informative guide related to ceiling fans and their energy consumption. 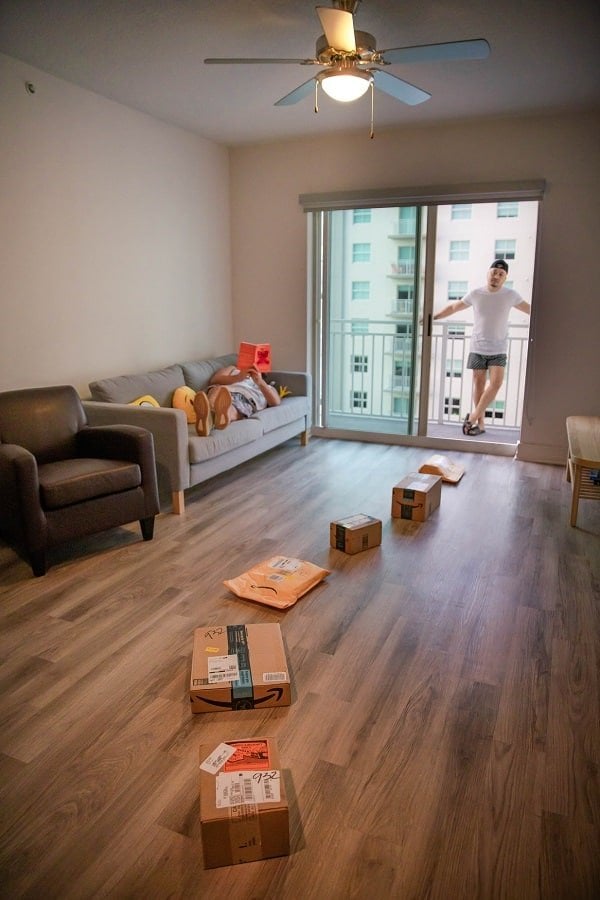 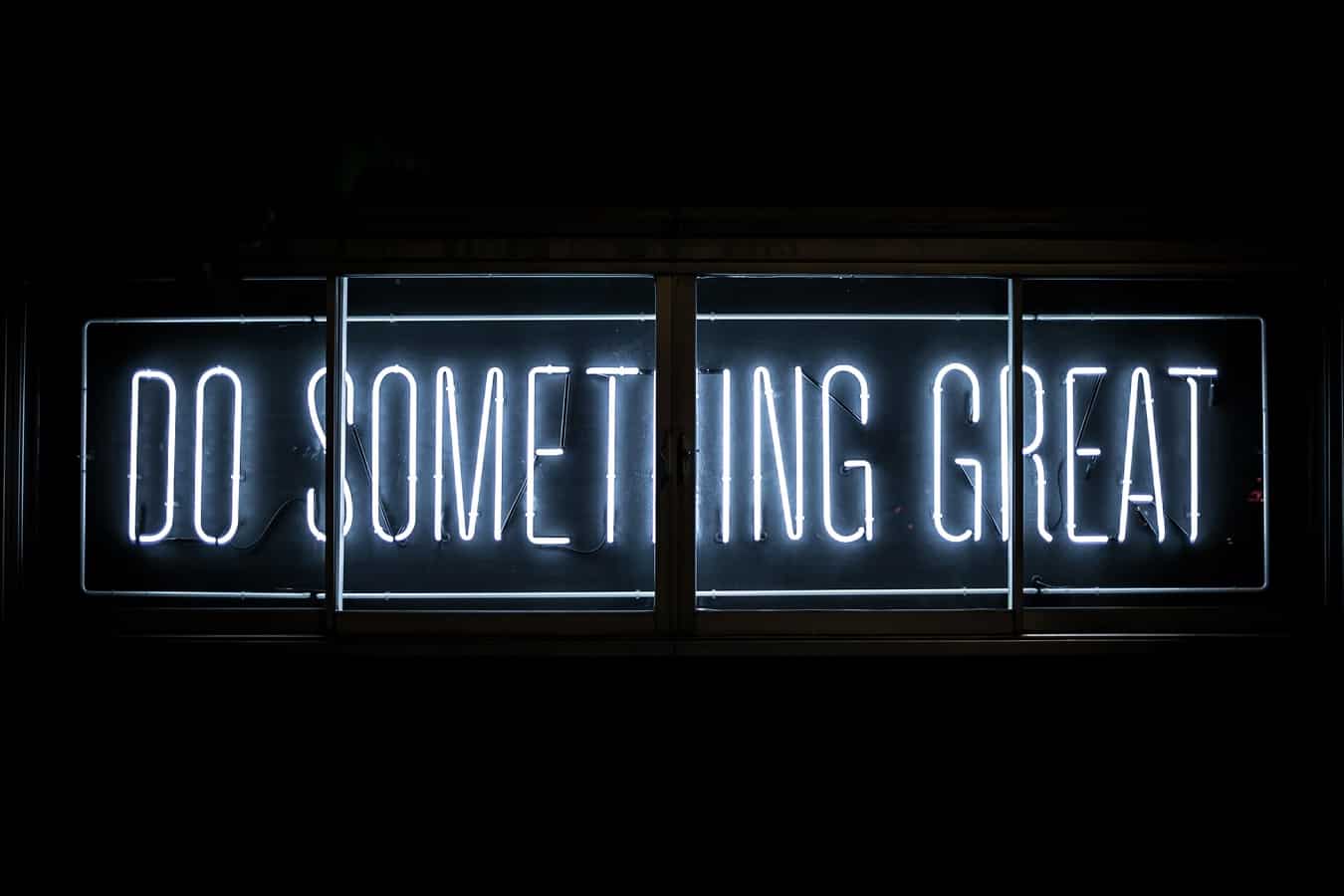 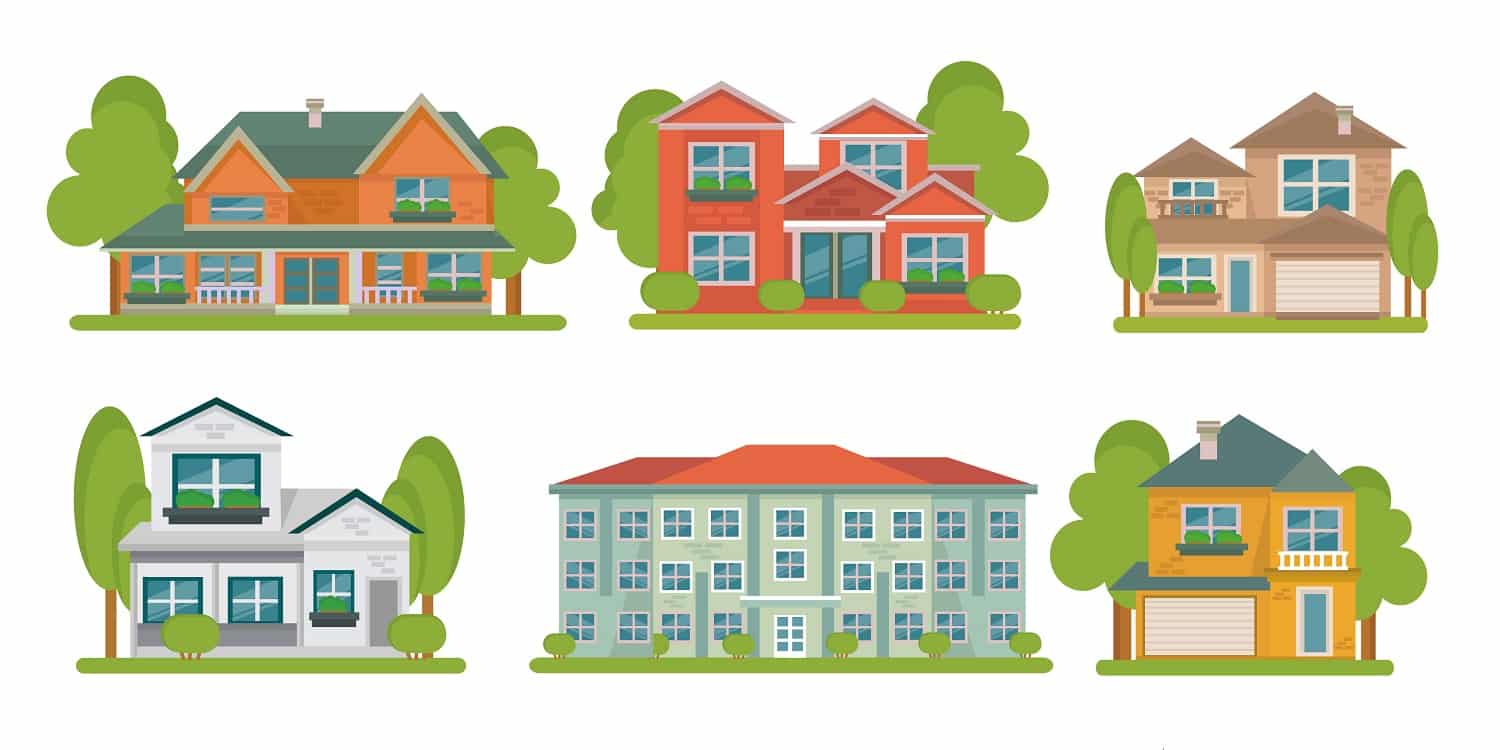 35+ Different Types of Houses for Your Future Home