What Is A Victorian House [Definition, Examples & Styles] 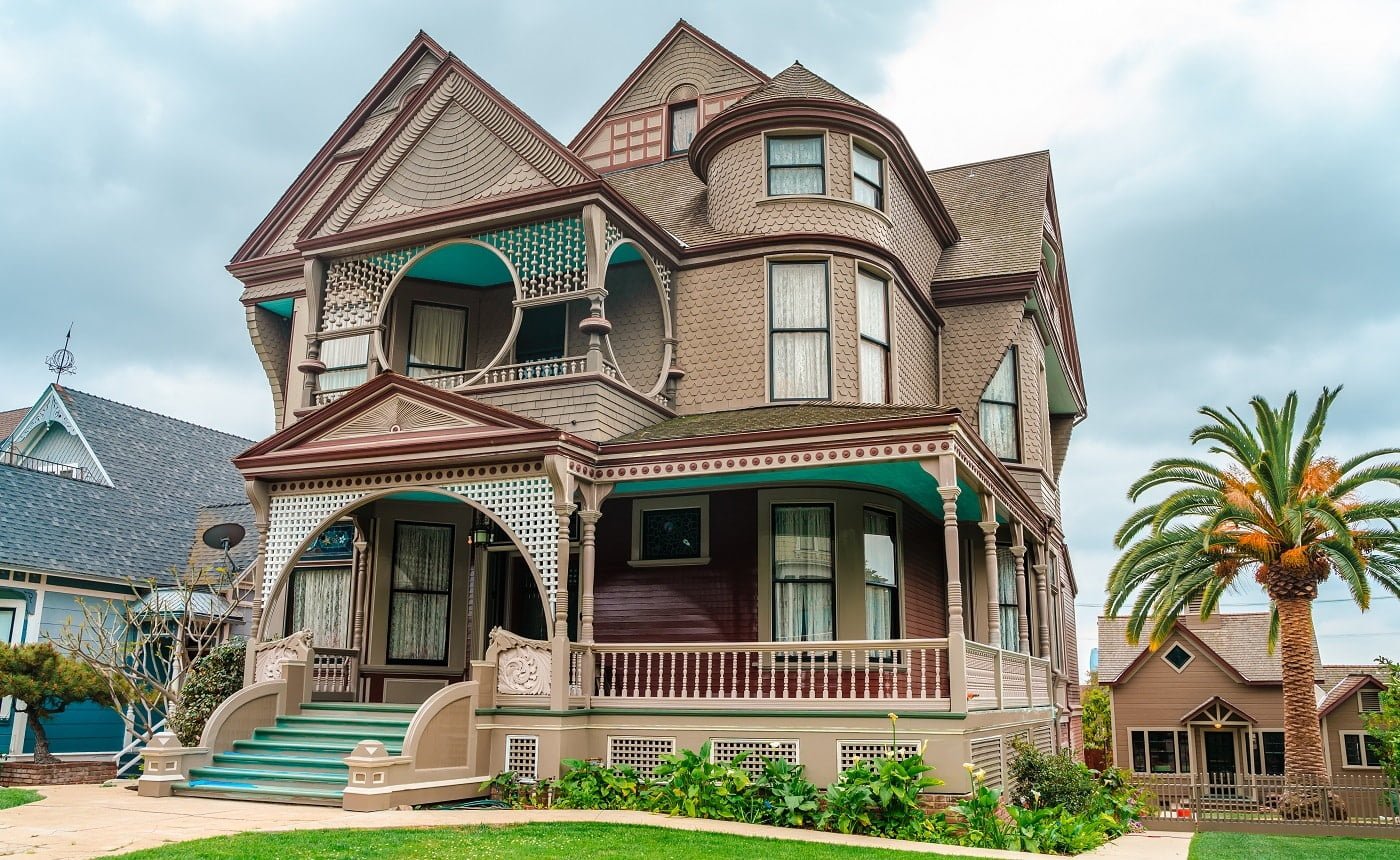 What is the first thing that comes to your mind when you think of Victorian houses? It would either be intricate designing or a dark, haunted building!

While the media today generally shows us both of these, you should know that Victorian-style houses refer to a particular era and not any architecture style per se. We are talking about the period between 1837 and 1901, when Great Britain was being ruled by Queen Victoria.

At that time, there were specific patterns, colors, styles, decorations, and materials used, and those defined the houses of that era. However, today, Victorian-style houses are generally designed like Romanesque or Medieval Gothic structures.

For better understanding, we will discuss the different styles of Victorian houses that became popular over the years. So, dive in!

What Is A Victorian House 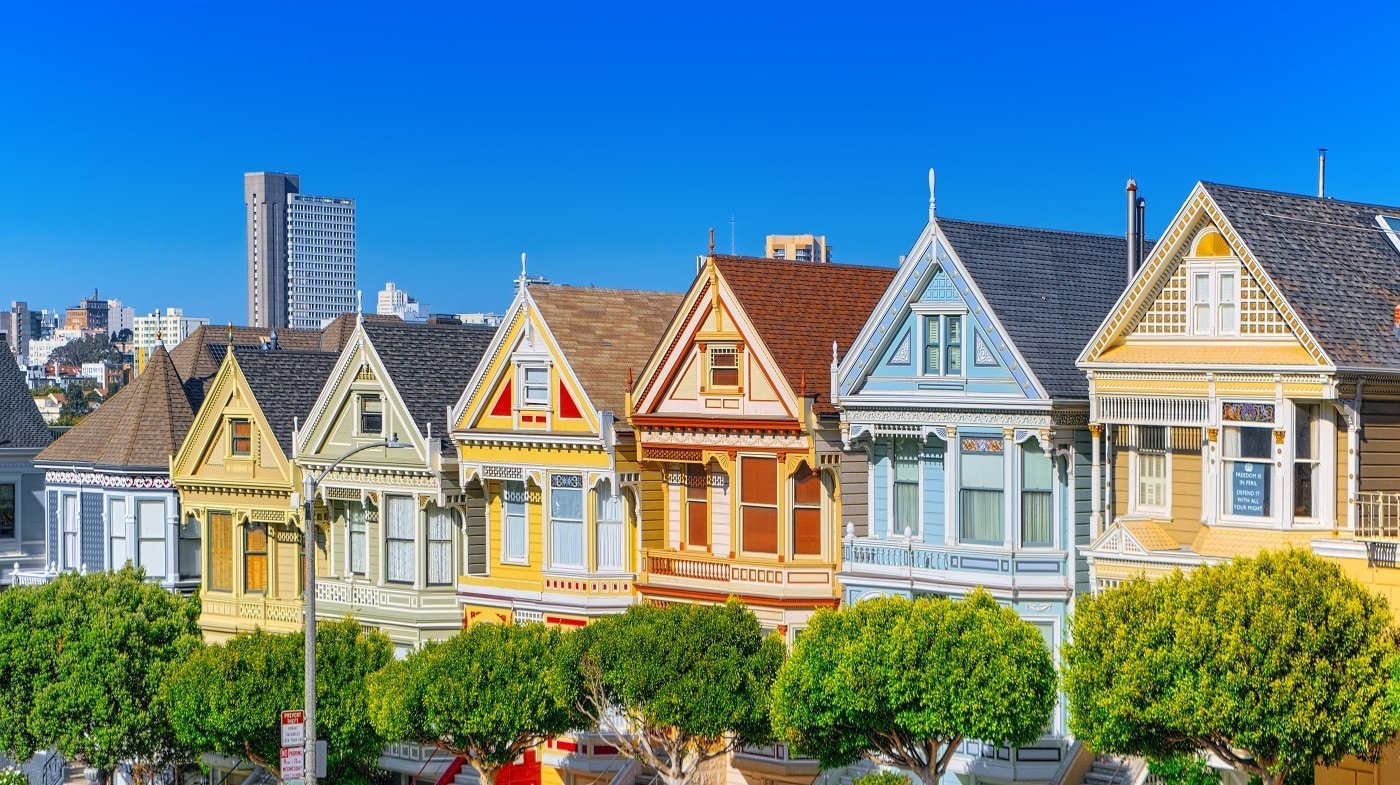 Features Of A Victorian House

There are a host of features that define a Victorian-style house, and here we will talk about them. While some of them may not be common for all such homes, you can use this list as a reference point if you plan to build one in the future. 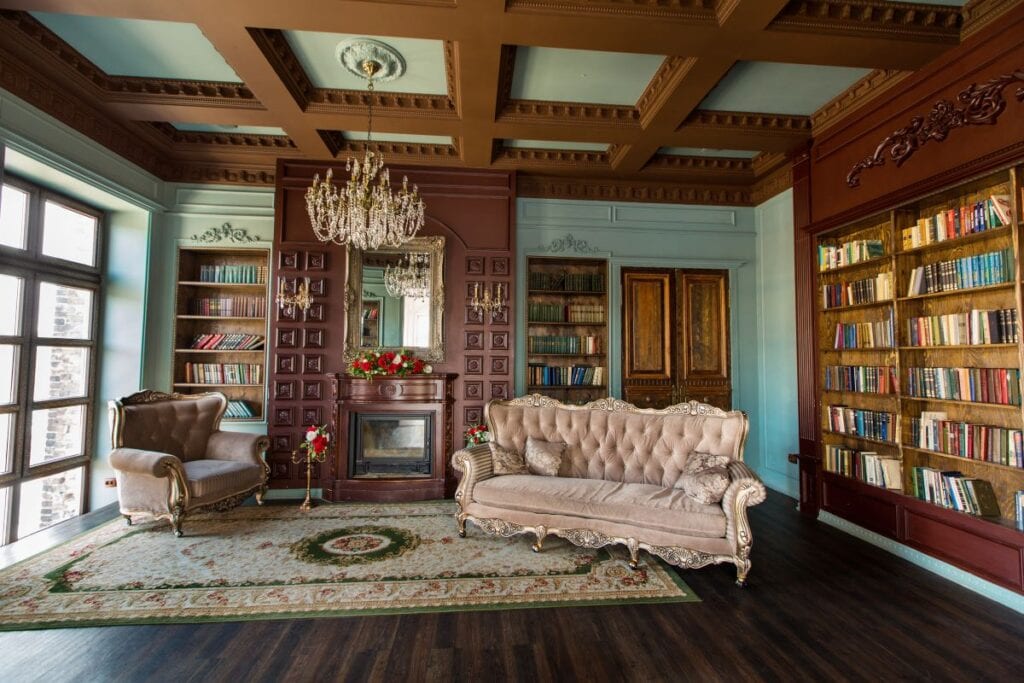 First of all, let us discuss the interiors, and then we will move on to the exterior of these houses. Most Victorian houses are 2-3 stories high and will have a high ceiling. The ceiling height is always more as that adds to the grandeur of each room. Plus, it makes the structure look even bigger.

Next, you will see a lot of intricate detailing work around ceilings and walls. The ceilings and windows would usually have ornate patterns, and there is generally a very well-decorated staircase in the middle of the house.

Plus, there are beautifully decorated nooks and corners with flower vases and paintings, which are the two other features that you may get to see a lot in Victorian homes. 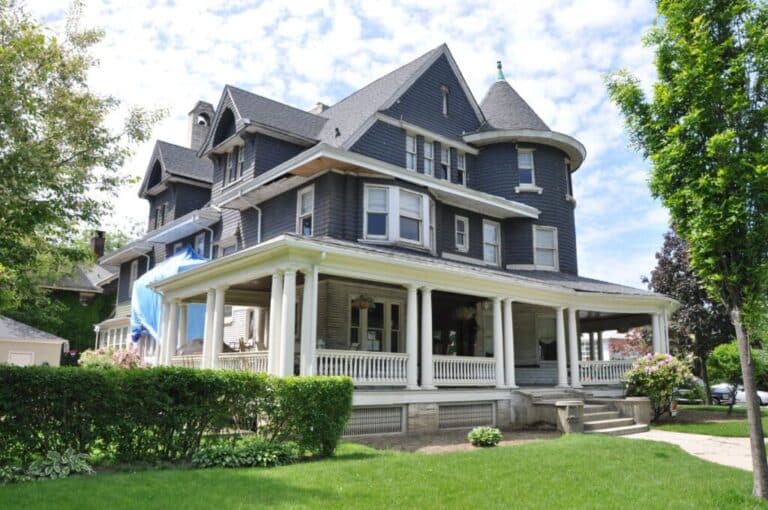 You must have noticed that houses during Queen Victoria’s reign had large towers, dormers, and turrets, which would add to the structure and make it look grand. Moreover, the roofs would be steep and gabled along with well-shaped windows with rounded or an ornate top. The windows would generally be large and would overlook gardens or a decorated backyard.

Apart from that, a lot of stained glass would be used, which enhanced the look while preventing direct sunlight from entering the rooms. These would generally be paired with long and heavy drapes with floral designs, and the drapes would be thick to keep out the cold.

Besides, a lot of bright colors were used to enhance and highlight the walls, which was, in turn,  accompanied by intricate and well-decorated woodwork. Moreover, you would notice rounded edges and angles instead of straight bends, which is another major characteristic of these houses.

There are many styles of Victorian houses that have existed over time, and in this section, we will discuss them in detail. While some might look similar from the outside, there are key differences, and you can read on to know about them. 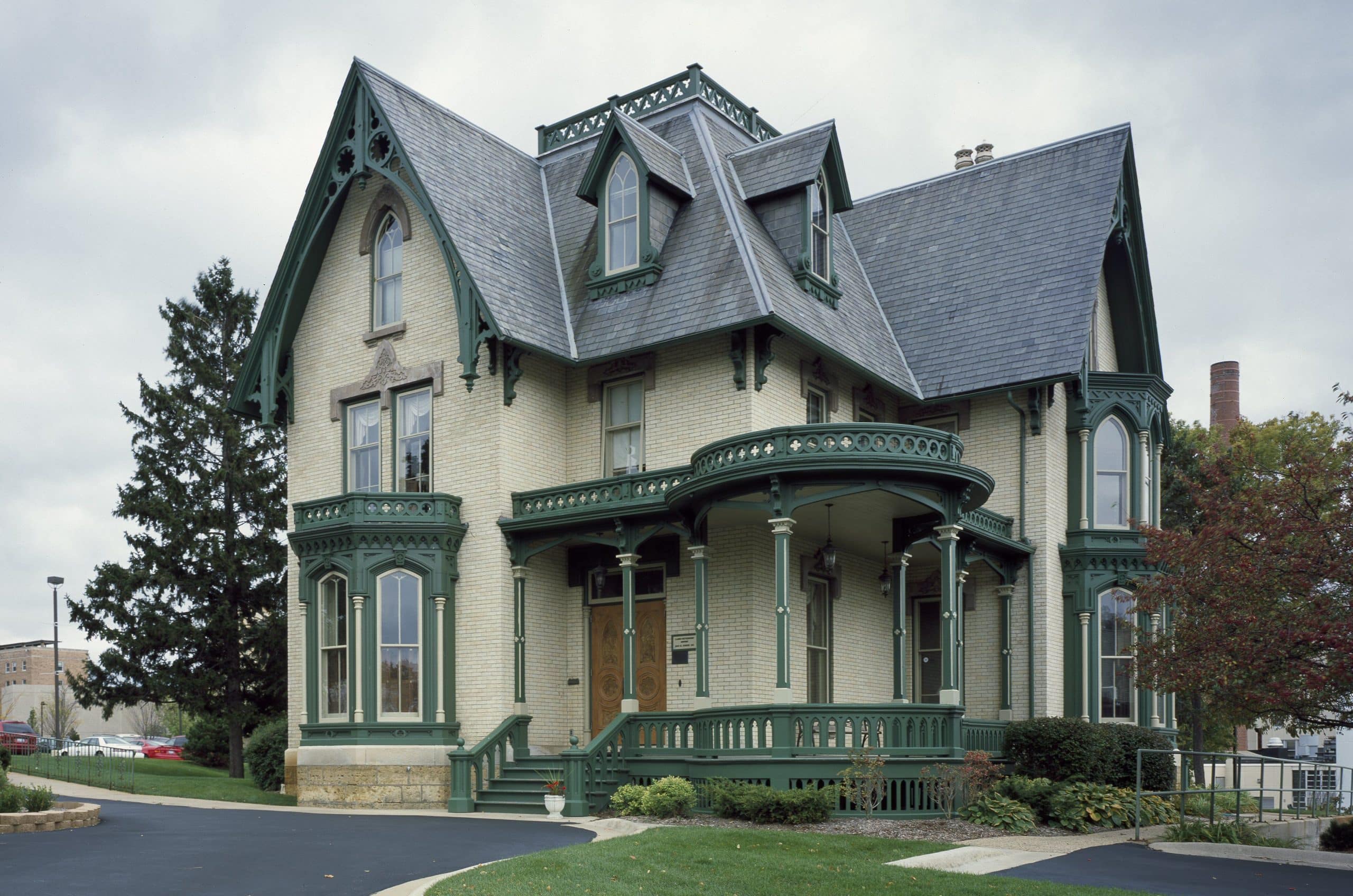 Have you seen those castle-like structures that will remind you of medieval churches? That is what a gothic revival house would look like, and you can recognize it by its grand structure. These usually have a lot of decorated wooden trims or vergeboards.

Beyond that, there are pointed arches, gables in the front, and a high-pitched roof. These homes are very close to royal houses and usually comprise several rooms inside. 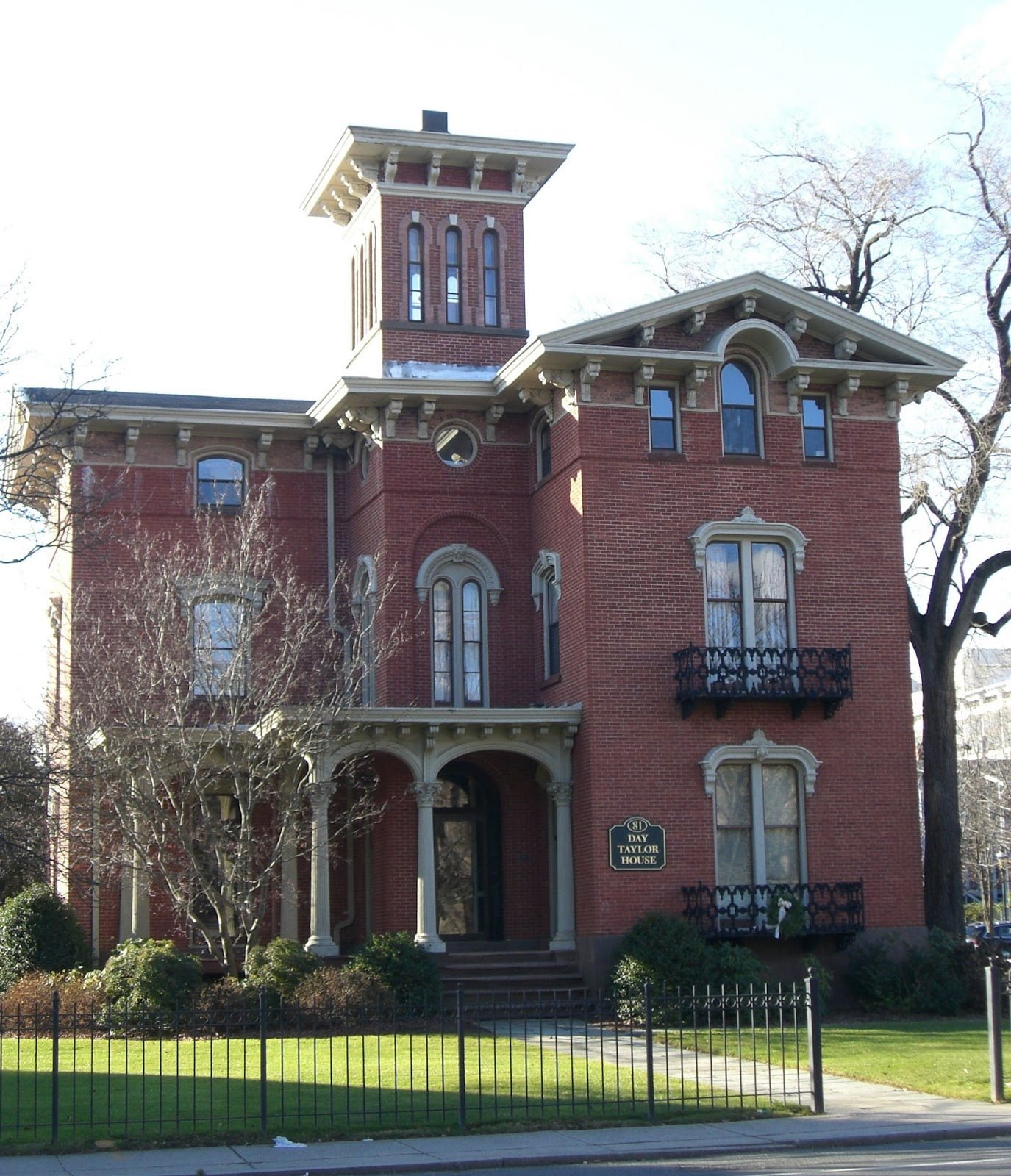 These villas belonged to the period between 1840 -1870 and were generally lower in height  than the gothic revival homes. Italianate-style houses were made by taking inspiration from Italian homes belonging to the 16th century. The homes were mostly 2 stories high and had broad weaves along with lower roofs.

Hence, they were not very tall but would cover a large area. Adding to the design, there were ornamental brackets that were widely used to make the place look even more beautiful.

Moreover, there would be tall thin windows, which had round decorated tops. Some houses even had square-shaped towers and cupolas accompanying the structure. Italianate-style houses were seen in the mid 19th century when a lot of them were made in American cities. They were most popular in Brooklyn, New York, Cincinnati, New Orleans, Ohio, and some parts of San Francisco. 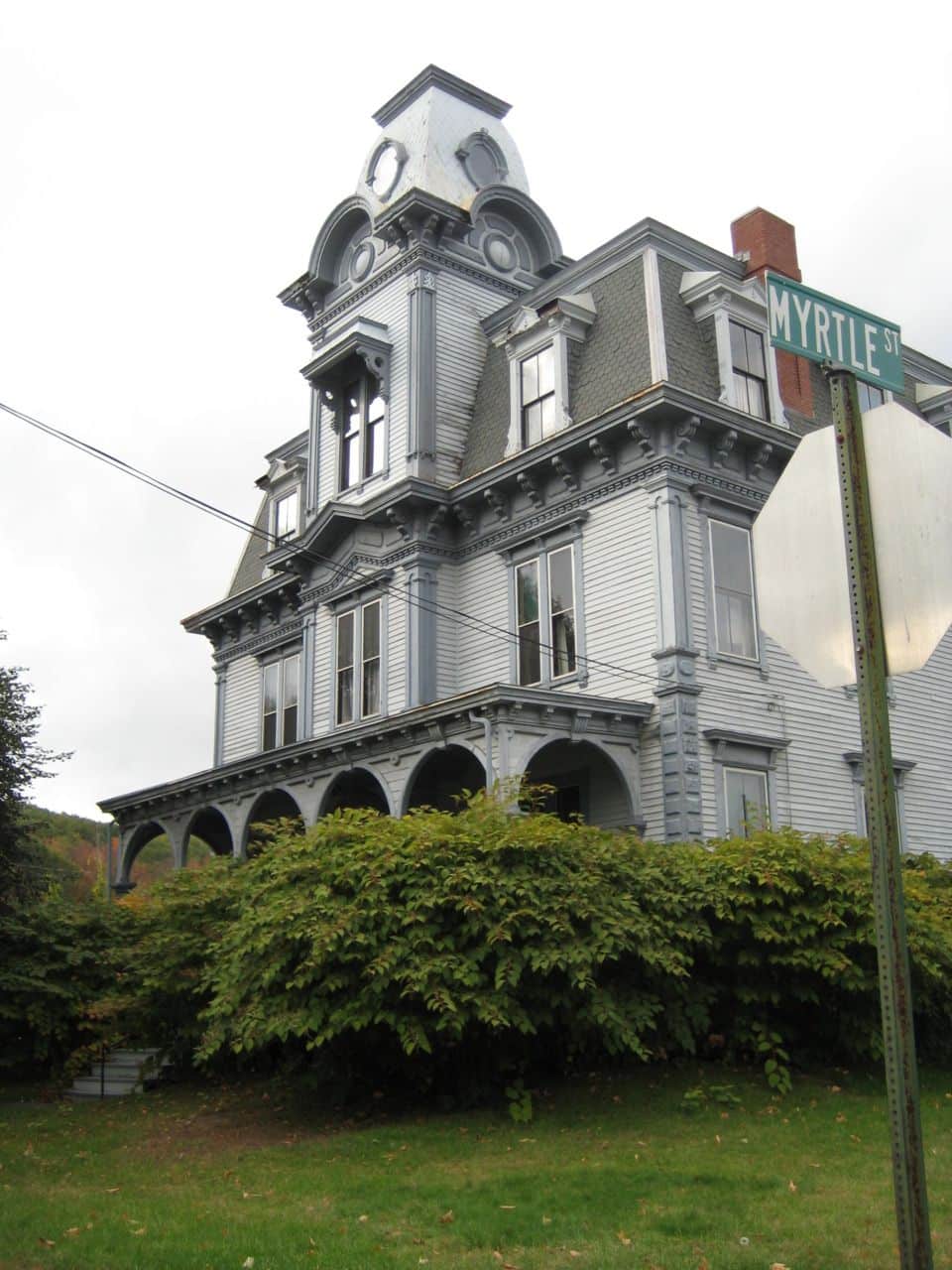 These houses were mostly built in France from 1852 to 1870 when Napoleon III was reigning. Their architectural style would be grand, although the base of the house would be square or rectangular.

But they would be accompanied by a mansard roof along with a lot of ornate designs on the walls and windows outside. The roof would usually be sloping down on all sides, creating a wonderful effect. 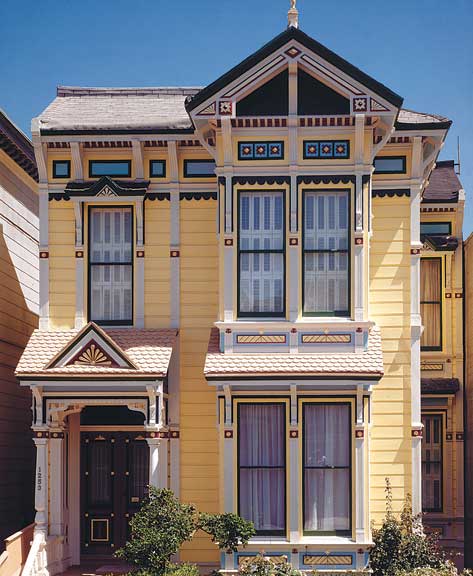 The Stick- Eastlake houses were popularly found between the years 1860 to 1890 and were generally made from wood. Wood at the time was easily available and was pretty cheap too. Hence, most of the houses would be made with decorative wooden trim work.

They would also sport angled wooden frameworks with shingled sloping roofs. This increased the height of the structure, making it look bigger and taller. Moreover, there would be double-hung windows around the house, which added to the design. 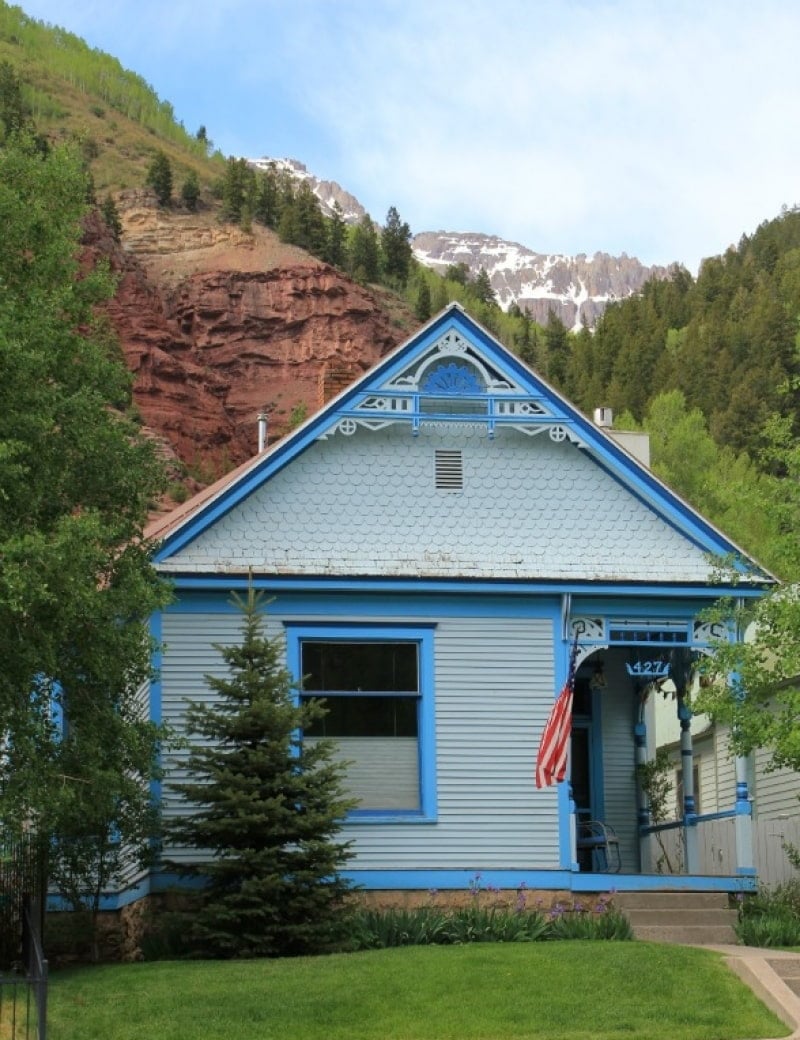 These houses were generally seen between 1870 to 1910, and they were much simpler when compared to the previous designs. They belonged to the local people and not the royals or barons, and hence, you would not see towers or high roofs here.

The structures were smaller, and they were accompanied by a square base. This had no complicated floor plans, and you would not find heavily shingled roofs. However, the Victorian roots were visible, and you could find designed and patterned wooden trims around the roof and the porch. These would go around the house, highlighting the design and structure.

Also, there would be beveled corners, and a lot of lace would be used for curtains and tables. The lace-like designs could be found around windows and edges of the house too. 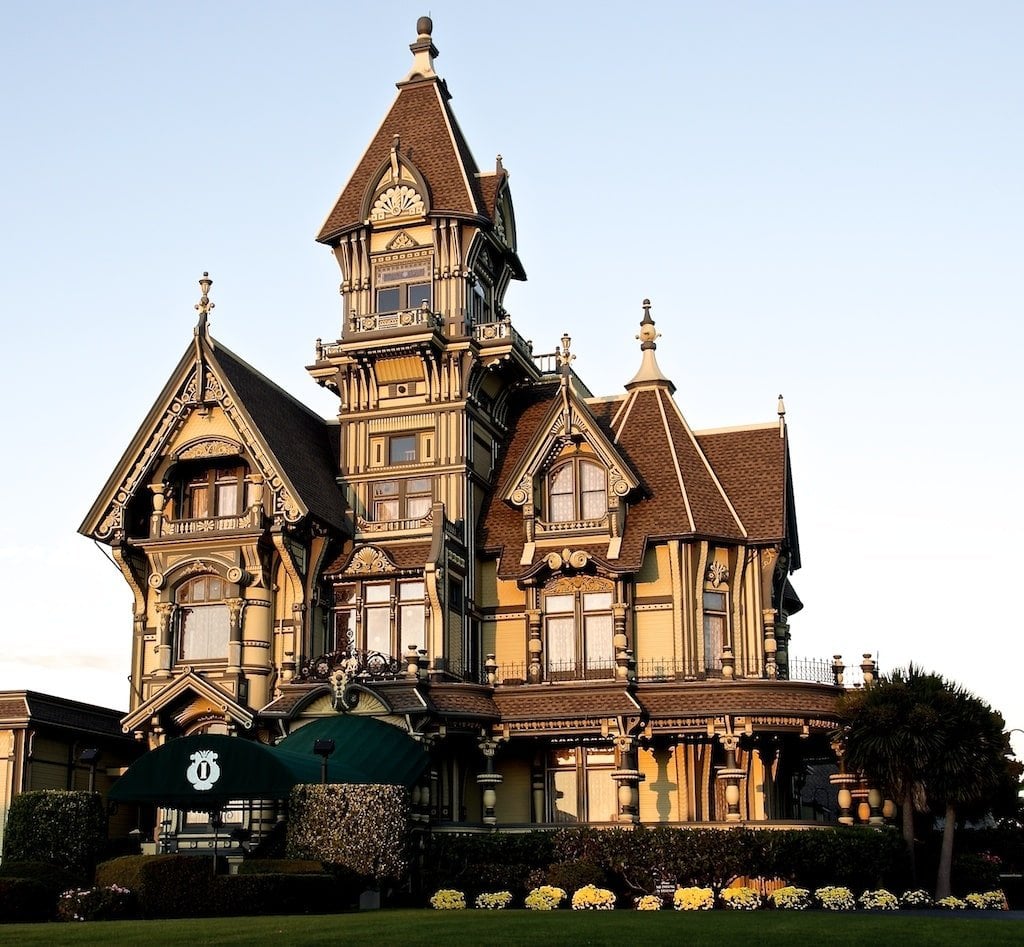 This is a very popular style and is still used today as inspiration for designs. The houses became popular between 1875 to 1905, and they looked very grand. However, they were mainly inspired by the reigning period of Queen Anne, which extended from 1702 to 1714.

There was heavy ornamentation used, and you could find high gabled roofs, which would slope down at steep angles. They would be paired with large windows with rounded and decorated trims. Some would also have high towers, which would add to the grandeur.

The wrap-around porches looked beautiful and provided space for walking around in bad weather. Plus, you would find a lot of accent colors being used for some walls. Queen Anne-style homes were indeed very grand and would generally belong to the upper class and royals during that period. 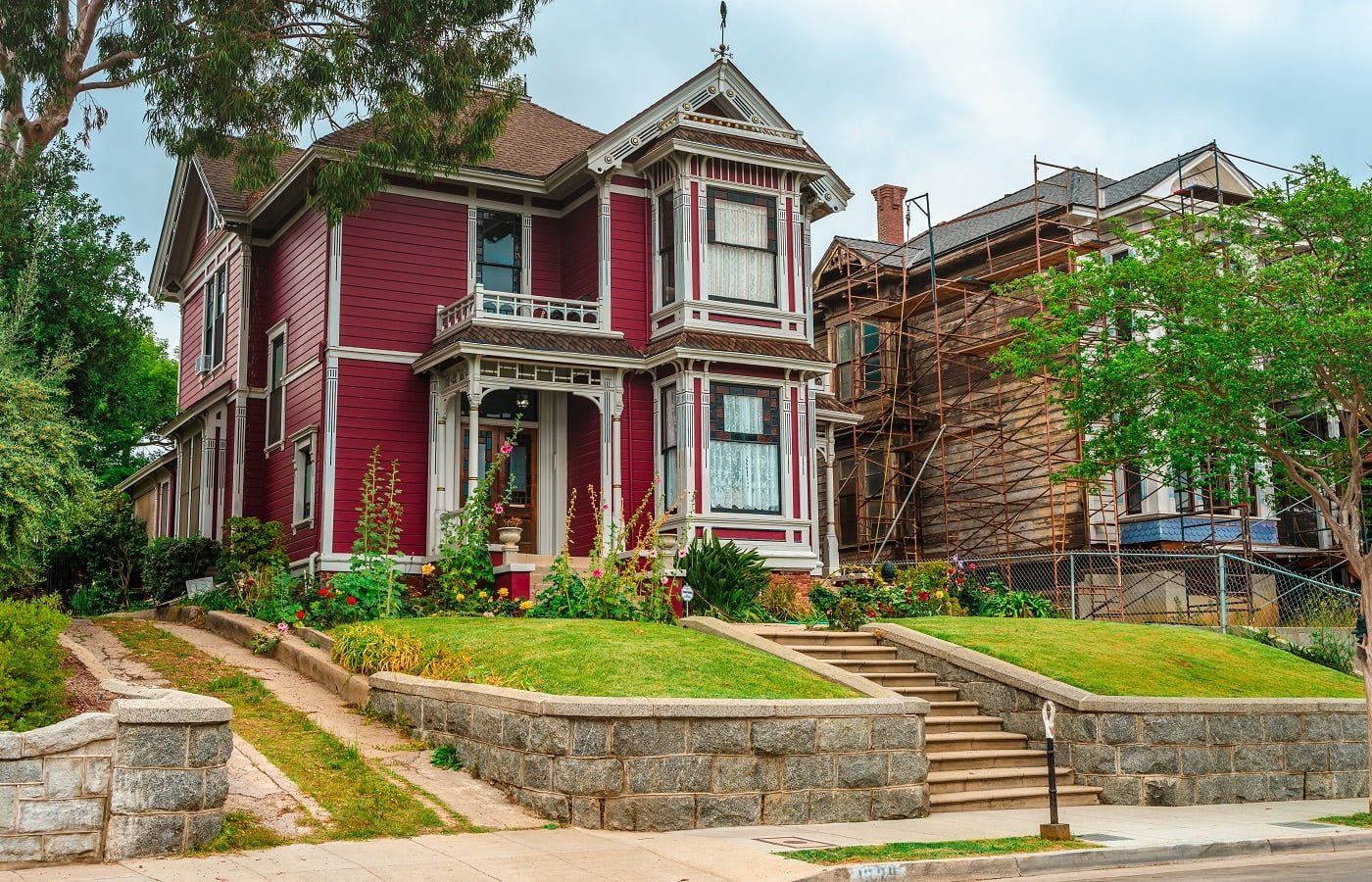 The Victorian era officially lasted between 1837 and 1901, but the architectural designs and styles kept growing and transforming for another 2 decades. After that, people started disliking these designs, and many houses earned the title of haunted homes, especially after the onset of the Colonial revival movement.

However, post that, there was a steady rise of Victorian-style structures in many countries, and it slowly became inspirational. Today after more than a hundred years, you will still find houses that are designed in the “Italianate” or “Queen Anne” style with some modern modifications, of course.

On that note, we will say our goodbyes. Watch this space for more interesting reads.

Learn What is The Difference Between Terrace And Balcony Today

What is the Mansard Roof

What is an Ottoman Bed & How to Use Them

What Is the Craftsman House Style & Why It’s Popular Today

What is a Shed | Sheds Defined, Structure Types

Learn What is Faux Leather

What is the Difference Between Wicker and Rattan Furniture?

How To Solve The Problem Of Bay Window Curtains 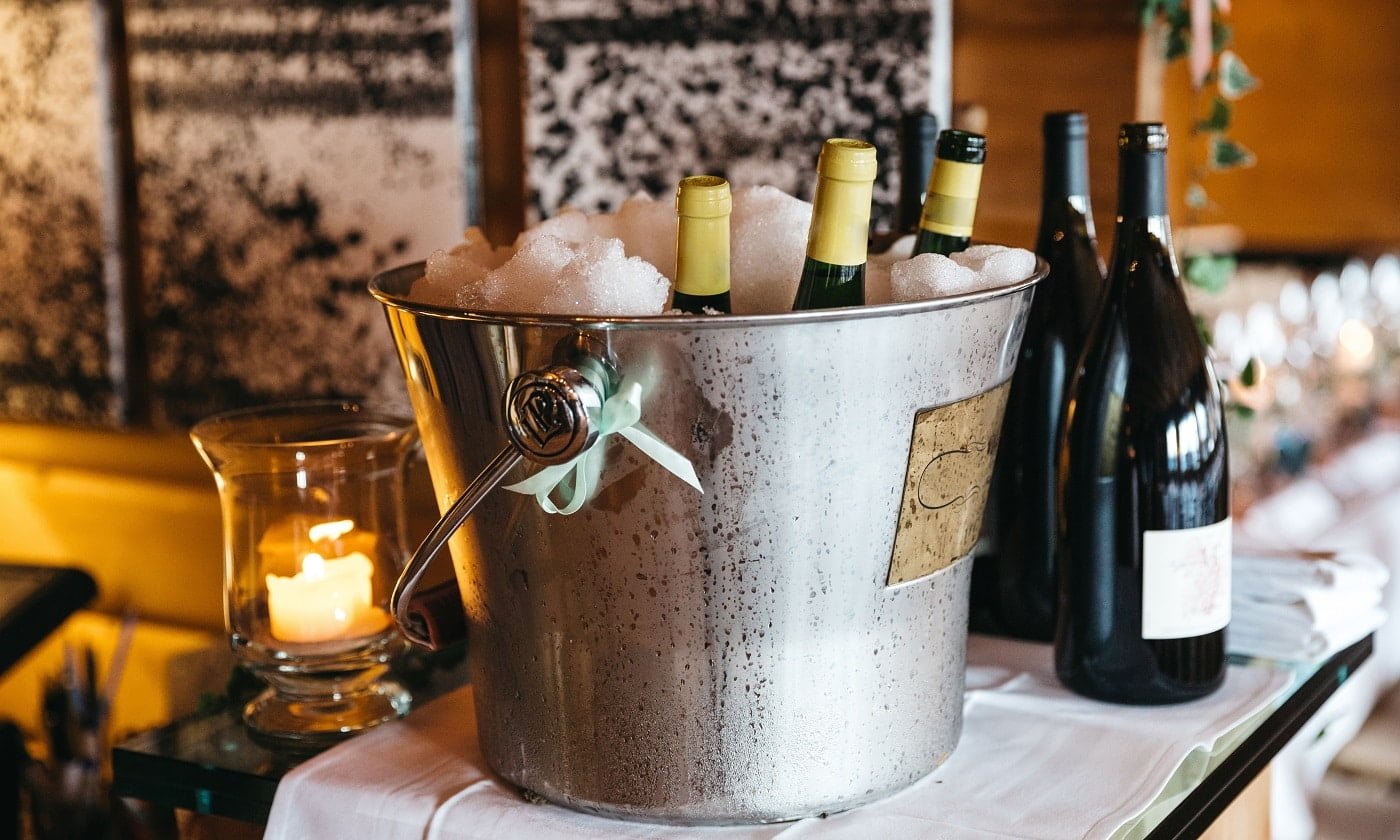 30 Different Types of Buckets for Your Home 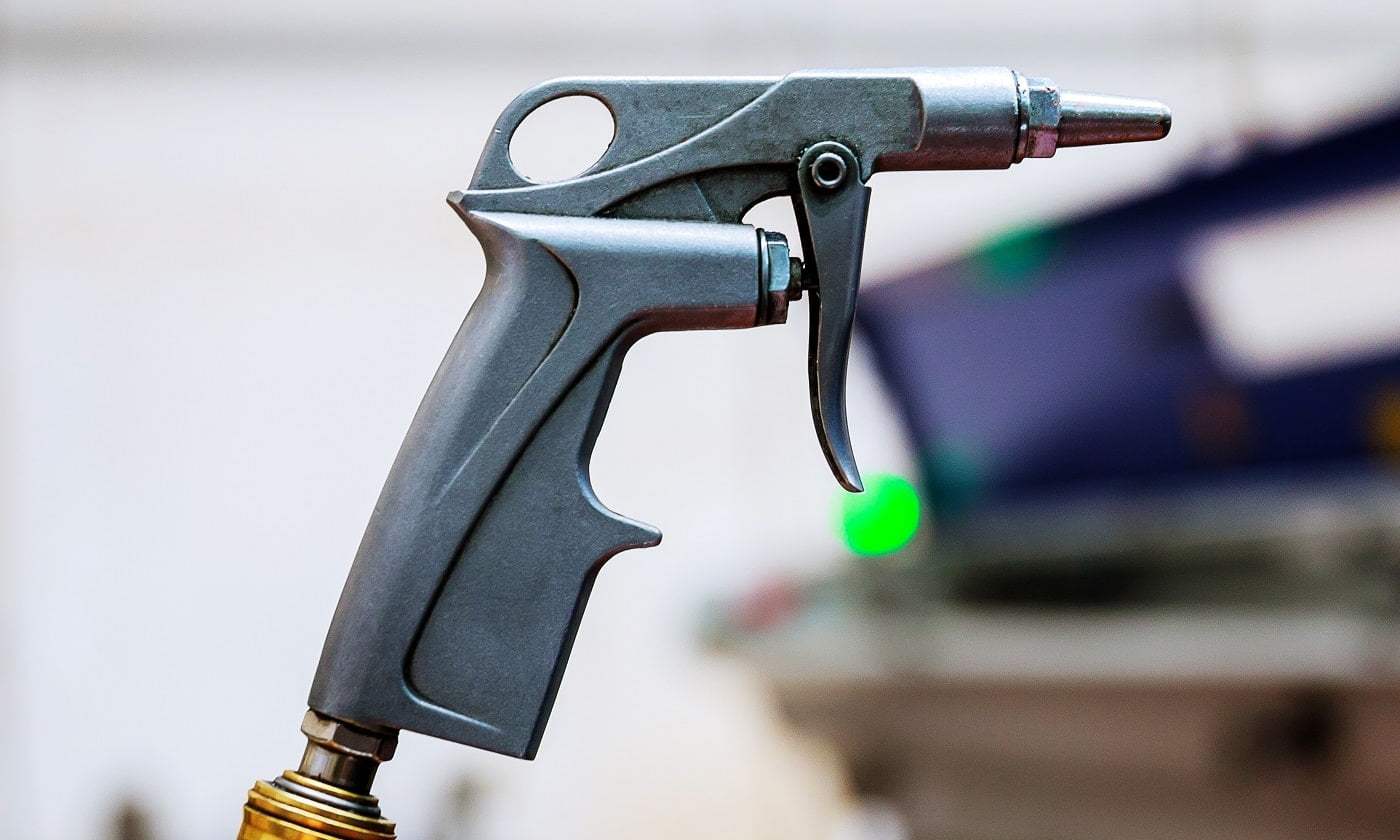